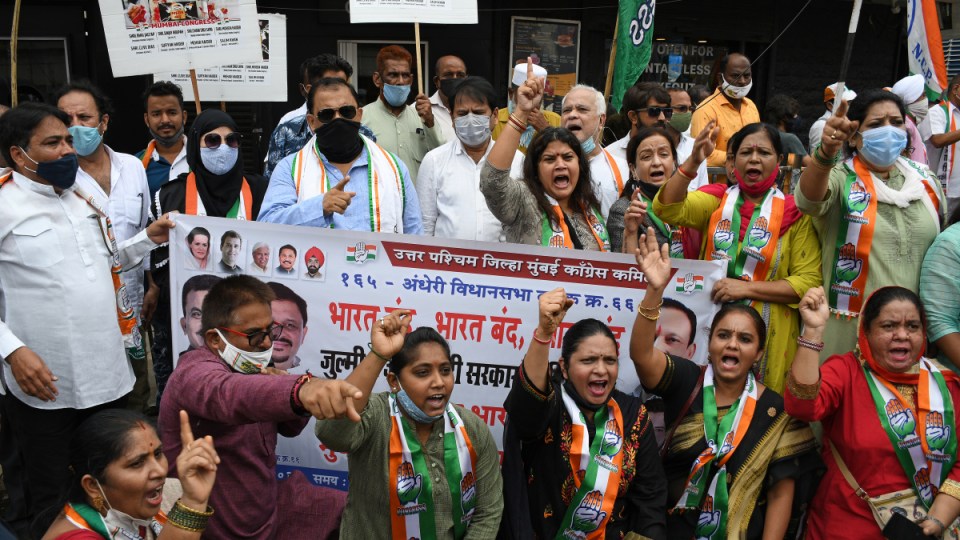 Farmers and political parties in India have been protesting against proposed agriculture laws for months. Photo: Sipa USA

Eight people, four of them farmers, have been killed when violence erupted in northern India in a dramatic escalation of a 10-month protest by farmers over controversial new laws.

Farmers alleged that the violence in Uttar Pradesh’s Lakhimpur Kheri district on Sunday evening started after a car owned by the son of a junior minister in India’s Home Ministry, Ajay Mishra, ran over some farmers.

Mr Mishra denied that his son was present at the incident but that their car overturned and hit the farmers after some protesters pelted stones at the vehicle.

Farmer unions said four farmers died after being hit by the car and six more were injured.

Three workers from his Bharatiya Janata Party and the car driver were later beaten to death by the mob, Mr Mishra said.

State police took to Twitter early Monday to describe the incident as “unfortunate” and said eight fatalities had been confirmed by the district administration.

State chief minister Yogi Adityanath ordered a probe and promised strict action against the accused while appealing for calm.

Farmers have been holding protests since last November, demanding the withdrawal of the agricultural laws, which the government says are needed to modernise the farming sector.

The farmers fear that laws that aim to ease regulations around the storage and marketing of crops will benefit big corporations and leave them at the mercy of the free market.