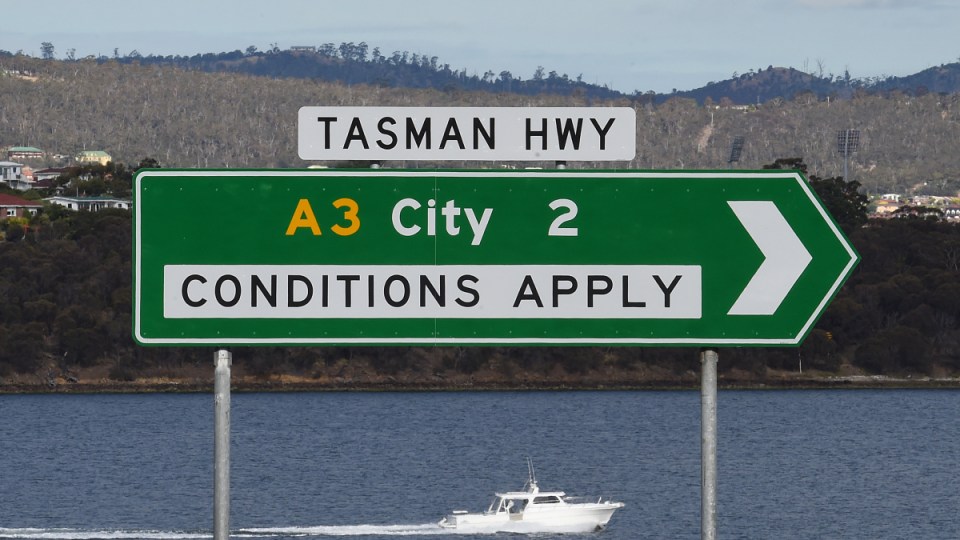 Authorities in Tasmania have declared a supermarket in the northern city of Launceston an exposure site after it was visited by a teenager with the virus.

A teenager in northern Tasmania who tested positive to coronavirus left home quarantine, likely while infectious, to go to a supermarket.

The 15-year-old boy flew into Launceston from Melbourne on Friday and quarantined at a family home before returning a positive test on Saturday.

Deputy Premier Jeremy Rockliff told reporters on Monday the teenager visited an IGA in the Launceston suburb of Newnham with his cousin on Saturday afternoon.

The supermarket has been declared an exposure site and anyone who visited between 2.20pm and 2.45pm has been asked to get tested and isolate.

The teenager, who wasn’t wearing a mask, was in the shop a few minutes.

“This is a very limited exposure time frame. However, out of an abundance of caution, we are declaring the IGA as an exposure site,” Mr Rockliff said.

The shopkeeper who served the teenager has been listed as a close contact and is quarantining.

State Public Health Director Mark Veitch said it was “almost certain” the teenager has the more contagious Delta strain of the virus.

“We suspect he was relatively early in his illness and would have been infectious,” he said.

Two other people who on Friday night visited the home where the teen and his family are staying are also now in quarantine.

It is Tasmania’s second case this year, after a NSW traveller tested positive while in hotel quarantine in August.

The boy, who has mild symptoms, is in a Hobart medi-hotel after initially being taken to the Launceston General Hospital for assessment.

His close family contacts have already been placed in quarantine.