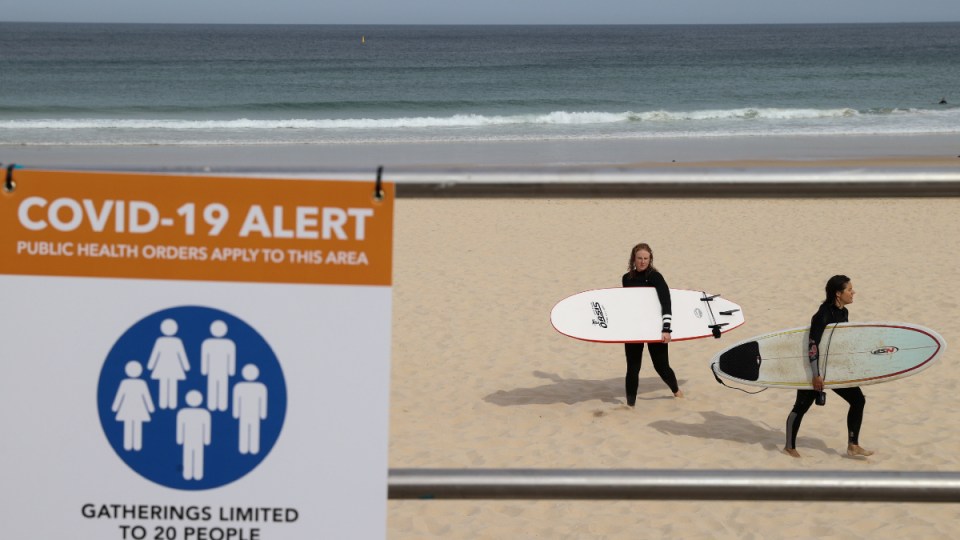 The new infections were detected from 76,892 tests in the 24 hours to 8pm on Sunday.

Four were unvaccinated, while one person had received a first dose.

A woman in her 90s who died at Hawkesbury Living Nursing Home had been fully vaccinated. She was the fourth death linked to an outbreak at  the aged care facility.

A man in his 60s from south-western Sydney died at Campbelltown Hospital, where he acquired his infection. He was the third death linked to an outbreak at the hospital.

It brings the total number of deaths since the start of the state’s Delta outbreak to 378.

There are currently 959 people in hospital with COVID in NSW, with 193 in intensive care, and 97 people on ventilators.

It comes as the state nears its vaccination target, with plans to further ease restrictions once 70 per cent of the eligible population has been inoculated.

As of midnight on Saturday, 88.4 per cent of the over 16 population had received a first dose and 67.1 per cent had received two doses.

Another Local Government Area (LGA) has entered lockdown, with Lismore residents to follow stay-at-home orders until at least October 11.

This also applies to anyone who has been in Lismore since September 28.

Outbreaks in Cowra, Muswellbrook and Port Macquarie are also being closely monitored, with more advice expected later on Monday.