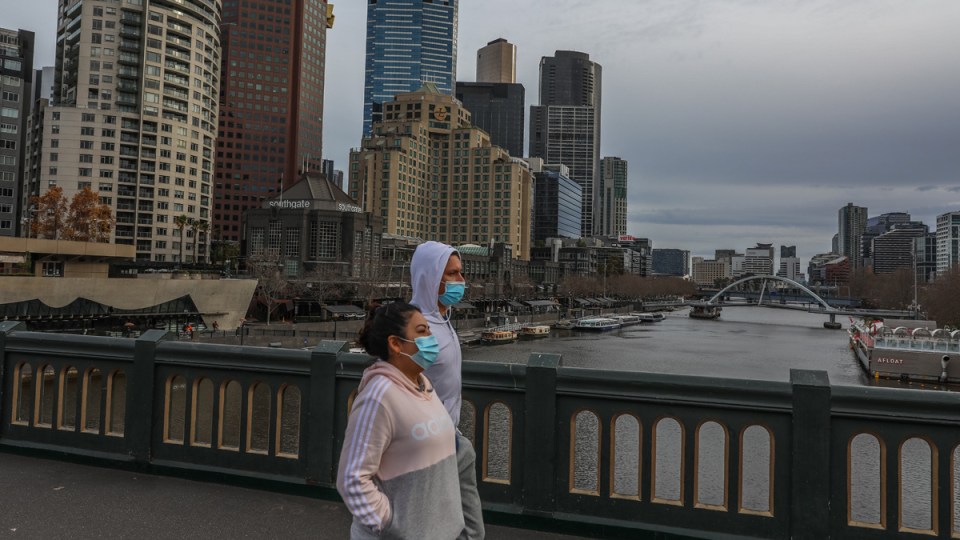 Health authorities have urged anyone who attended an illegal home gathering at the weekend to get tested immediately.

The new infections bring the total number of active cases in the state to 10,944 and the death toll from the current outbreak to 44.

There were 62,883 tests processed and 34,935 vaccine doses administered at state hubs in the 24 hours to midnight on Thursday.

It comes after the state reported a record 1438 new locally acquired infections on Thursday.

At least 500 of those have been linked to gatherings, with Victorians holding secret celebrations in their homes to watch the AFL grand final.

He warned if numbers continued to rise, the state could reach the projected worst case scenario, with up to 2900 daily infections by late October.

“We know that everyone is fatigued, tired of this. But today is a significant setback in how we manage this outbreak,” Mr Weimar said.

He urged anyone who went to any gathering at the weekend to get tested, whether or not they or their companions are displaying symptoms.

Premier Daniel Andrews said the state would continue with its plan to get out of lockdown.

But he added there may need to be a pause if numbers reach an unsustainable level before October 26, when 70 per cent of the eligible population is expected to be fully vaccinated.

To help bring that target and the 80 per cent fully vaccinated benchmark forward, the time between Pfizer vaccine doses will be halved to three weeks in Victoria.

The interval change kicks in from Monday, allowing anyone who has received their first Pfizer dose to bring forward their second. The state’s vaccine booking system will be updated overnight on Sunday.

There will also be a shift in 88,000 Moderna vaccines from community pharmacies to state clinics to hasten the rollout, with pharmacists struggling to cope with the sudden demand.

Despite the federal government expanding Pfizer eligibility to Australians over 60 from Friday, the change is not being implemented in Victoria’s state-run hubs.