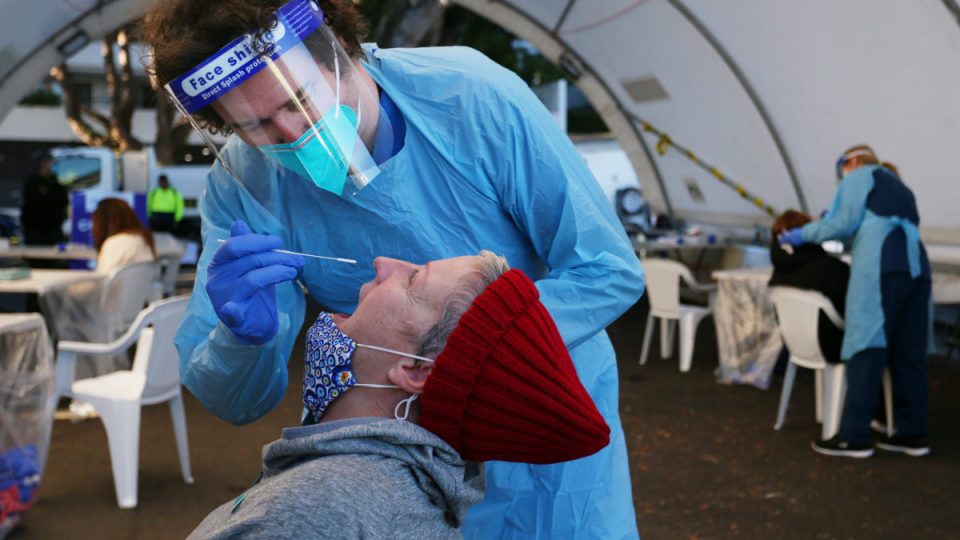 COVID-19 exposure sites and orders to isolate for two weeks could become a thing of the past for vaccinated people, with Australia’s contact tracing system set for a radical makeover once lockdowns end and vaccination targets are met.

Instead of forcing close or casual contacts to stay home for days, or even weeks, if they cross paths with a COVID-19 case, reopening plans now under consideration could free fully vaccinated Australians from any obligations at all.

Australia’s “zero tolerance” system will soon have a bit more leniency, with strict rules being traded off for high vaccinations under the plans being considered by state and federal health experts.

“It may be that when everyone is vaccinated, and you have knowingly taken that risk, we don’t do the same level of contact tracing that has been occurring in the earlier phases in the outbreak,” NSW Chief Health Officer Dr Kerry Chant said this week.

In line with targets of 70 and 80 per cent adult vaccination under the national reopening plan, state premiers are warning of exploding case numbers once pubs, cafes, restaurants and entertainment venues begin to operate under new rules.

But with large majorities of the population fully vaccinated, numbers of serious illness or death are expected to be manageable, if jurisdictions stick to frameworks of ongoing low-level rules on capacities, and keeping pace with contact tracing and testing.

However, leading epidemiologists suggested parts of Australia’s test, trace, isolation and quarantine (TTIQ) system could be scaled back or altered, with those protections balanced out by very high vaccination rates.

The Doherty Institute modelling foreshadows this, saying 70 per cent vaccination would allow “a shift in the objectives of TTIQ from ‘zero tolerance’ containment to transmission reduction, allowing a lesser focus on casual and place-based contact tracing outside high-risk settings”.

The Doherty modelling also accounts for this, plotting scenarios where contact tracing efficacy drops from “optimal” to “partial”.

Under current rules, crowds returning to public places while COVID is in the community would see countless people forced into isolation after coming in contact with positive cases. That’s prompting a shift in how Australia does contact tracing, with NSW in particular foreshadowing things will change.

“The definition of close contact will be changed once you get to 70 and 80 per cent,” NSW Premier Gladys Berejiklian said.

Dr Chant said her department was still giving advice, but factors under consideration included vaccination, whether masks were worn, and the type of venue an infected person visited.

That could mean a person currently classed as a “close contact” today, may not be given that same classification in future. That, in turn, could mean they’re not forced to isolate for a fortnight.

“We are going to be factoring vaccination status into whether you even fall into the category of a close contact,” she said.

“We will be more concerned about some settings, so some settings like health care, disability, aged care, we may take a more cautious approach.”

That could see pubs given one set of rules on contacts, but aged care homes given another.

But even with this winding back, QR code check-in apps are likely to remain for the foreseeable future, so as to keep track of any potential contacts.

Federal health officials are still locked in planning on the future of contact tracing, but The New Daily understands ‘casual’ contact tracing or exposure alerts may be among the measures to be wound back.

‘Secondary’ contact tracing, or contacts of contacts, may also be loosened, while federal officials are considering potentially mandating different quarantine lengths for vaccinated and unvaccinated people.

Dr Chant said it was “not about scaling back contact tracing”, but instead “prioritising” the most efficient measures.

“It is around us focusing on what is the best way in which we can support a reduction of disease transmission in the community … to determine where best to allocate our resources,” she said.

Dr Chant said COVID-positive cases would still be required to isolate for 14 days, and urged people to keep following their new good habits – like better hygiene and not going to work while unwell – into the future. But changing definitions for close or casual contacts will change whether people have to isolate.

Deakin University epidemiologist Catherine Bennett told TND last month she predicted even people who are classed as contacts might only have to get a test or isolate for a short period, rather than a full 14 days.

“The contact tracing has to change if you’re not trying to find every case,” Professor Bennett said.

Dr Chant said if there was a large outbreak among staff at a business, then TTIQ efforts would “ratchet up”. She warned businesses should ensure staff are vaccinated, wear masks and practice social distancing in the workplace.

Dr Chant noted many large clusters had occurred in workplaces, but said health department approaches in future would be about stopping outbreaks in workplaces, rather than focusing on every last case.

“The more we can actually maintain some of these simple measures, they can have a dramatic impact on transmission and allow us greater freedoms,” she said.

On quarantine, several state governments are already allowing 14 days of home quarantine instead of stricter hotel quarantine for returning interstate travellers. The federal government is also investigating whether home quarantine could be slashed to as little as seven days.

It’s likely that foreign nationals from certain countries may need to enter stricter quarantine, however.

On Thursday, Mr Hunt said there was “a strong basis for nationally consistent standards” on contact tracing.