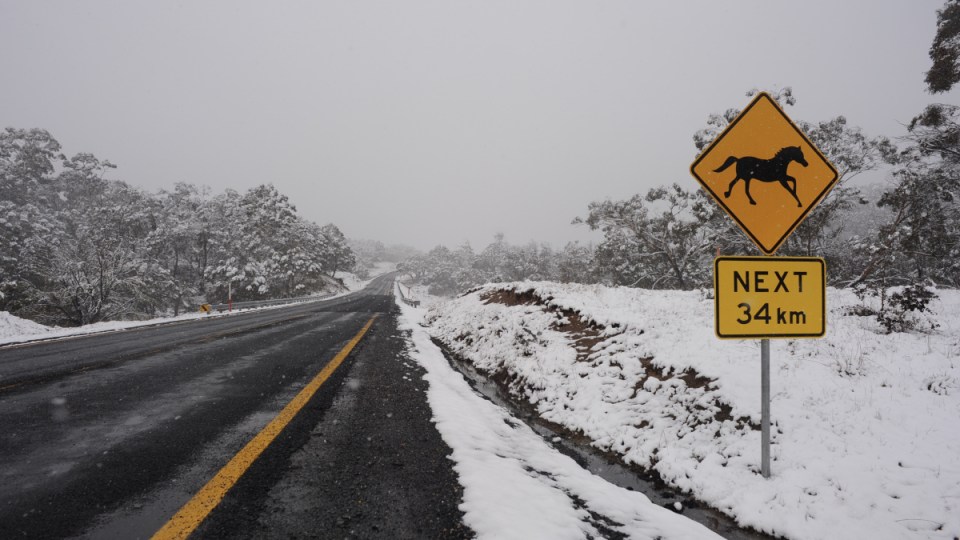 The NSW Snowy Mountains region is going into a week-long lockdown due to the spread of COVID-19. Photo: AAP

Much of regional New South Wales has been condemned to lockdown until October 11, when COVID-19 restrictions will lift across the whole state, as the government cops criticism over its plans to revive intrastate travel.

The government on Thursday announced the Snowy Mountains region would begin a week-long lockdown, while stay-at-home orders in Menindee were also extended for seven days.

Restrictions will not lift in most of the state’s locked-down regions until October 11.

The outback town of Wilcannia will also remain in lockdown until then.

Meanwhile, stay-at-home orders will be lifted on Friday for Mid-Western Regional, Hilltops, Walgett and Central Darling Shire LGA, with the exceptions of Wilcannia and Menindee.

The extensions reflect growing concern about a surge of cases in the regions.

“We urge everyone in regional areas to take the opportunity to get vaccinated as quickly as possible but also to please keep presenting if you have any symptoms of COVID,” chief health officer Dr Kerry Chant said on Thursday.

She singled out the Illawarra and Hunter regions as particular areas of concern as both regions recorded 82 new cases.

It comes as the government’s plan to allow fully vaccinated people to travel to the regions once the state reaches 80 per cent vaccination coverage was criticised at a parliamentary inquiry into the handling of the pandemic.

“(Eighty per cent statewide) is not much comfort to somebody, say in Bourke, if they have double-dose vaccination rates at 60 per cent,” he said.

But State Health Emergency Operations Centre Controller Susan Pearce said regional areas were on average only 2.5 per cent behind metropolitan Sydney, and quickly catching up.

“Rural and regional LHDs, as at the end of last week, are currently at 82.2 per cent first dose, compared to metropolitan areas about 84.7,” she said.

“There are only four LGAs currently below a 70 per cent first dose rate. Any suggestion that (the regions) are being left behind is not correct.”

Of the 941 new locally acquired cases in NSW in the 24 hours to 8pm on Wednesday, 45 were in the Nepean Blue Mountains, 43 in western NSW, 36 on the Central Coast, 26 in southern NSW, three in the far west, three in northern NSW, two in the mid-north coast, and one in Murrumbidgee.

NSW Health’s ongoing sewage surveillance program has detected fragments of the virus in sewage samples from Tweed Banora Point, Gunnedah and South Grafton in northern NSW, Gulgong in western NSW, Dareton in the far west, and Moruya and Thredbo in southern NSW.