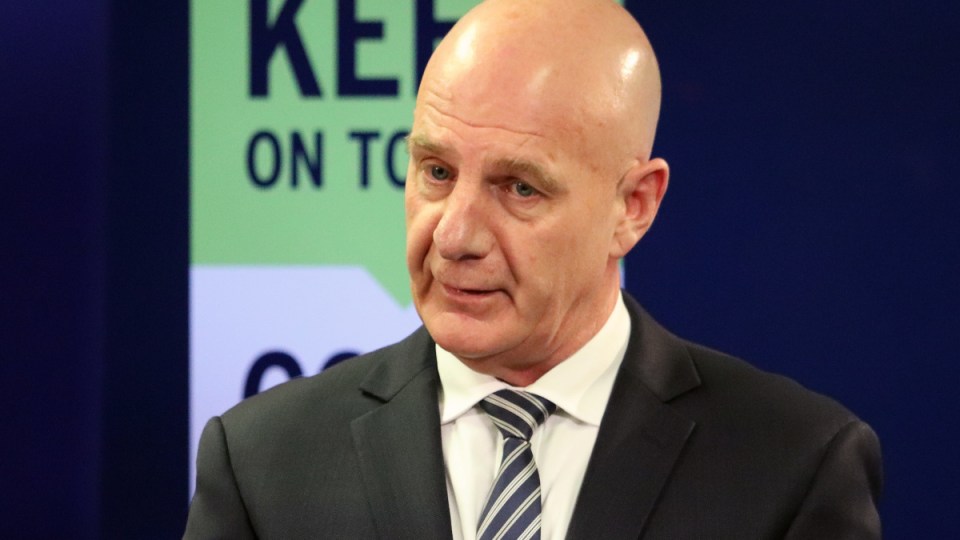 Tasmania’s premier had doubled down on his tough border stance, revealing modelling showing likely coronavirus deaths if the island reopened at an 80 per cent vaccination rate.

Peter Gutwein on Wednesday outlined what would happen, according to Doherty Institute predictions, if the state allowed travellers from New South Wales and Victoria with that percentage of its population fully vaccinated.

Over the first six months it would result in 14,900 cases, up to 590 hospital admissions, 97 intensive care admissions and almost 100 deaths, he said.

Mr Gutwein has targeted a 90 per cent full vaccination rate for people over 16 by December 1.

Tasmania’s Premier Peter Gutwein says NSW’s plan to have no restrictions for anyone following 90% vaccination is a “recipe for disaster”. He says based on modelling if Tasmania opened when 80% of the population were vaccinated there would be 14,900 cases and 100 deaths @abchobart

He said Tasmania was “on track” to reach the number and aiming to reopen by Christmas.

He reiterated he wouldn’t reopen until all eligible Tasmanians had the chance to be vaccinated and any border decision would be made on public health advice.

The national plan out of COVID-19 aims for easing of restrictions at 80 per cent, although state borders aren’t specifically mentioned.

“What we need to do is to get to a point where I can confidently say to myself that every single Tasmanian that is eligible has had the opportunity to have the vaccine.”

Queensland last week indicated it would watch NSW closely before deciding whether to open for Christmas.

Tasmania has had just one case this year, a NSW traveller who tested positive while in hotel quarantine.

Mr Gutwein said the state was mulling border entry requirements, such as a tests prior to entry, allowing only fully vaccinated people in, and short quarantine periods for some arrivals.

The state government has commissioned Tasmania-specific modelling, to be released in mid-October.

The island state is closed to Victoria and NSW, its two biggest domestic tourism markets, as well as the ACT and New Zealand.

Almost 58 of Tasmania’s eligible population has been fully vaccinated, behind only the ACT and NSW.

‘Vapid, unhinged’: Trump doco about final weeks of 2020 election ‘will come back to haunt them’
Lockdown announced as death toll rises in NSW regions
Today's Stories

Tasmania doubles down on tough borders stance after modelling insights