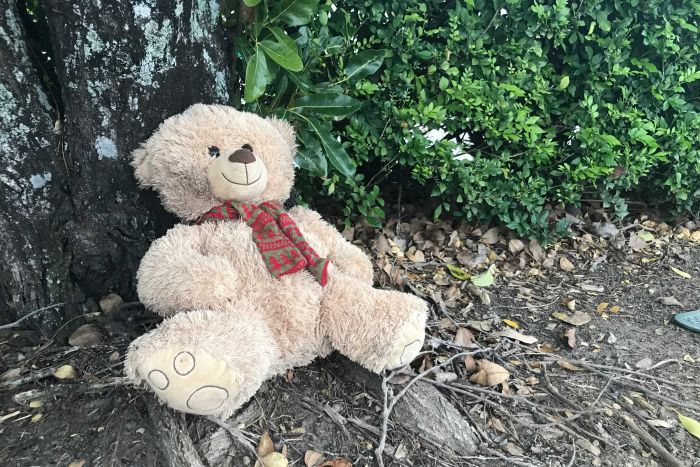 Tributes were laid outside the Goodstart Early Learning Centre at Edmonton in Cairns after the boy was found dead in one of its buses. Photo: ABC News/James Rigby

Childcare giant Goodstart Early Learning has been fined $71,000 after a toddler was forgotten and left to die on a bus in searing temperatures in far north Queensland.

The company pleaded guilty in Cairns Magistrates Court on Wednesday over the death of three-year-old Maliq “Meeky” Nicholas Floyd Namok-Malamoo, in February 2020.

The toddler was left on the Edmonton Goodstart Early Learning centre minibus for six hours before his body was found six hours later, during the school run.

The charges brought by Education Queensland include failing to adequately supervise children, failing to protect children from harm/hazard likely to cause injury and failing to take reasonable steps to ensure documentation is accurate.

Goodstart chief executive Julia Davison said while the circumstances leading up to the tragic event may never be fully understood, the responsibility sat with the organisation.

“We again offer our deepest sorrow to the family of Meeky – Malik Nicholas Floyd Namok-Malamoo”, Ms Davison said in a statement.

“Goodstart entered a guilty plea to the charges brought by the Department of Education because it is clear that our policies and procedures did not protect Meeky on the day of his death.

“This tragedy would not have occurred if the policies in place on the day had been followed but they were not, and for this failure, we are deeply sorry.”

Ms Davison said the Goodstart team had been “deeply affected” by the tragedy and the Edmonton centre has been permanently closed.

Education Queensland, which brought the charges, said the fine sends a strong message to providers “that they have an overriding responsibility to protect the children in their care from harm” a spokesman said.

“The fine of $71,000 reflects the seriousness of these offences, and the magistrate considered the trauma that this matter has brought to the family and the early childhood community in deciding to record a conviction.”

Former centre manager and bus driver Michael Glen Lewis discovered the body and told the emergency operator: “Oh my God, this kid is dead. The child was left on the bus all day. So sorry, buddy. I’m going to jail. Oh my God, my whole life is over.”

Lewis, 45, has been sentenced to six years’ jail for manslaughter.

His co-worker Dionne Grills also faces manslaughter charges despite a committal hearing finding she did not have a duty of care to the child.

Charges against Ms Grills were recommenced earlier in September by ex-officio indictment and set down for mention on October 11 in Cairns.