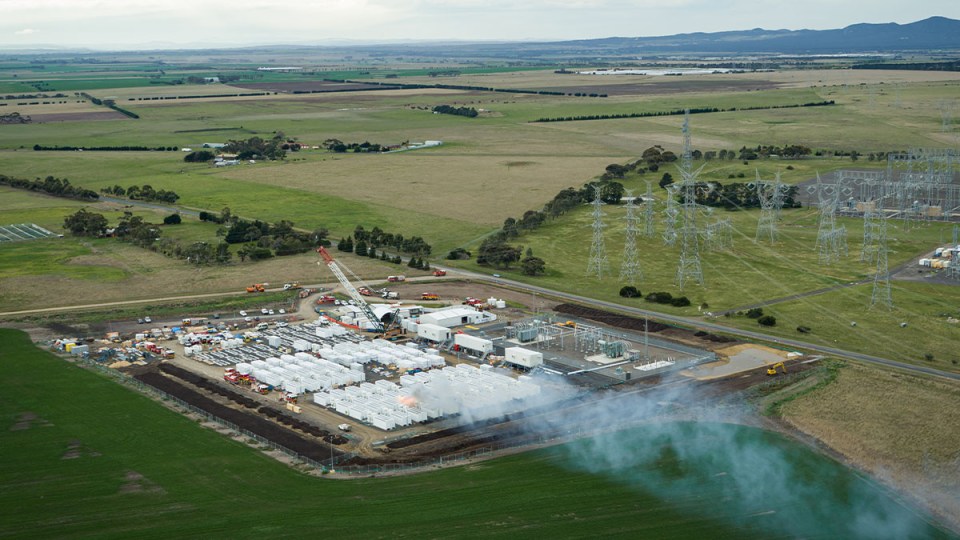 A coolant leak is likely to blame for a fire at Victoria’s $84 million Big Battery, which is set to resume testing this week.

One of the Tesla megapack batteries at the site in Moorabool, near Geelong, caught fire during initial testing in July before spreading to another battery.

It took firefighters four days to bring the blaze under control.

An Energy Safe Victoria investigation has determined the most likely cause of the incident was a leak within the megapack cooling system, which caused a short circuit that led to a fire in an electronic component.

The fire then spread to an adjacent battery.

The megapack was in an offline mode at the time that removed fault protections.

French renewable energy giant Neoen, who own and operate the project, said it was an “unlikely” event.

“Enabled by this unlikely sequence of events the fault was able to go undetected and initiate a fire in the adjacent battery compartment,” Neoen said.

Firmware modifications and several monitoring measures have been put in place to prevent another fire at the site.

Energy Safe Victoria has cleared Neoen to resume testing at the site on Wednesday.

“We have taken the time to understand the cause of the incident and we have implemented actions to ensure it will not happen again,” Mr de Sambucy said in a statement.

“We are now actively working with all stakeholders to complete commissioning and testing of the project and we look forward to sharing the lessons learnt with the industry in coming weeks.”

Two independent expert groups, Energy Safety Response Group and Fisher Engineering, are also working on reports into the blaze, which will be released in November.

The Big Battery is scheduled to begin operating in November, ahead of the summer peak demand period.

Once completed, the project will have a capacity of 300 megawatts and 450 megawatt-hours – more than double the size of billionaire Elon Musk’s Tesla big battery built in South Australia in 2017.

It is also a key component of the Victorian government’s plan to reach 50 per cent renewable energy by 2030.