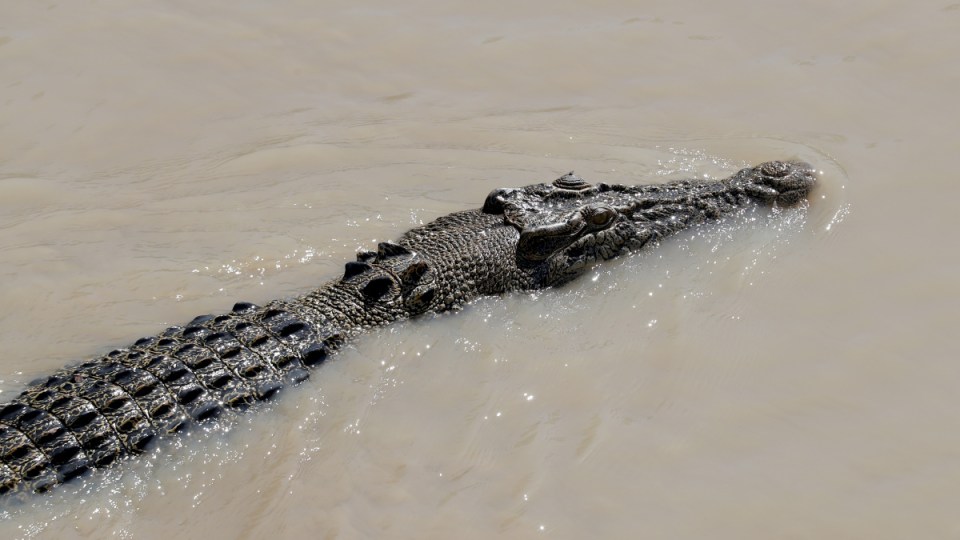 A 60-year-old man is in hospital in the Northern Territory after being bitten by a crocodile. Photo: AAP

A 60-year-old man is in hospital in the Northern Territory after being bitten on the arm by a crocodile during a cruise on the Adelaide River.

St John Ambulance officials took a triple zero call after the incident on Monday and sent a crew to rendezvous with the victim and those helping him.

But they said by the time the crew arrived the man had been taken to the Palmerston Hospital in a private car.

NT Health said on Tuesday the man was in a stable condition but would not provide further details on the nature of his injuries.

It remained unclear if the man was a worker on the cruise or a patron.

Reports suggested the crocodile was three to four metres long and the bite resulted in heavy bleeding.

Work safety group NT WorkSafe said its on-call inspector received an anonymous call on Monday evening from a concerned member of the public regarding the incident on a tourist attraction.

“NT WorkSafe is making inquiries to verify the information provided in the call,” it said in a statement.

However, it said all Territory businesses were reminded it was a requirement to notify of any serious injuries in the workplace.

“While there are no specific regulations relating to crocodiles, crocodiles are an apex predator and are a well-known hazard in the Top End for all businesses operating in their habitat,” the statement said.

“All businesses operating in crocodile habitats have a duty to minimise, or if possible eliminate the risk of injury from crocodiles.”

The Adelaide River, about an hour from Darwin, is well known for its jumping crocodile cruises where the animals are lured out of the water with food.

Man bitten on arm by crocodile during Adelaide River cruise