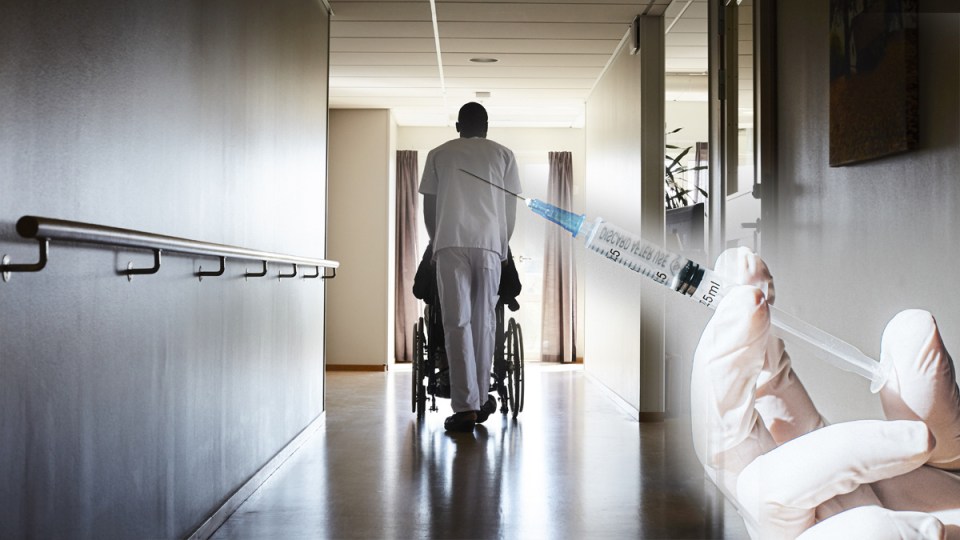 Advocates warn people with a disability are being left behind. Photo: Getty/TND

A scathing royal commission report has savaged the federal government’s vaccination rollout to the disability sector, warning people with a disability will “face significant risks” if they can’t get a jab before COVID-19 restrictions end.

Labor is calling for an urgent “vaccination blitz” for people with a disability before reopening, as New South Wales, Victoria and the ACT look to shortly ease lockdowns and open up their economies, with warnings of sharply rising COVID-19 infections.

The disability sector is worried they will be left as “second-class citizens”, after months of delays in vaccination.

“Not only did the Morrison government ignore Australians with disability at the beginning, they are now being treated as an afterthought in the plans to open the nation up,” warned Bill Shorten, Labor’s shadow minister for the National Disability Insurance Scheme.

State governments are locking in their COVID-19 reopening plans, including laying out timetables for easing restrictions on public gatherings, hospitality and socialising.

In NSW and Victoria, vaccinated people will have more freedoms than the unvaccinated for some time after the Doherty Institute’s thresholds of 70 and 80 per cent adult vaccination rates are met.

The ACT will ease lockdown restrictions from October 15, when 80 per cent rates are expected.

But the Disability Royal Commission has sounded the alarm on lagging vaccination rates among people with a disability, calling out multiple “seriously deficient” federal failures in the rollout.

The royal commission warned it would be “grossly unfair” and “unconscionable” for states to reopen without all people with a disability being given the chance to be fully vaccinated.

People with a disability, and those working in disability services, were included in the highest-priority Phase 1a of the vaccination rollout.

This group received access to vaccines in February, and the federal government initially projected the whole phase would be completed by April.

But as of Monday, federal statistics showed only 66 per cent of NDIS participants living in shared accommodation were fully vaccinated, and just 57.3 per cent of NDIS-screened workers.

“The Royal Commission expresses concern that restrictions might be significantly eased before all people with disability, particularly people in residential disability accommodation and people with intellectual disability have a genuine opportunity to be fully vaccinated,” commissioners wrote in a draft report, released on Monday.

“Without that opportunity, they face significant risks to their health if they contract COVID-19.”

NSW Premier Gladys Berejiklian, in announcing her state’s 80 per cent vaccination plans, warned on Monday that COVID cases “will go through the roof” once reopening begins and that hospital systems will be “overwhelmed” in October.

“What will protect us is the fact that so many people have received at least the first dose of the vaccine … The vaccine has been our absolute weapon in fighting this Delta variant,” she said.

The royal commission previously heard emotional evidence from residents of disability homes pleading for access to vaccines, fearing for their safety.

Monday’s report said it was “unacceptable” for people with a disability to not be protected through vaccination, considering reopening will necessarily mean more COVID-19 cases and risk.

The royal commission said the federal government failed to consult properly with disability providers and residents, kept secret a decision to temporarily prioritise aged-care vaccinations over disability, and even “contributed to ongoing vaccine hesitancy” through lack of information.

It also claimed the government’s planning was “seriously deficient” and ignored information about how to address challenges in vaccinating people with a disability.

People with Disability Australia (PWDA), the national peak disability advocacy body, said there needed to be immediate steps to provide urgent vaccination, including in-reach visits to homes and priority bookings at clinics.

“Labor applauds the royal commission’s findings. It’s long overdue and shows the Morrison government has failed to protect people with disabilities at every stage of the vaccine rollout,” he told The New Daily.

“Labor does not want the lockdown schedule to be delayed. The Morrison government must commence a blitz on vaccinating all people with disabilities or we may see deaths that were avoidable.”

“As the country looks towards safely opening up under the national plan we need to ensure vulnerable Australians are not left behind.”