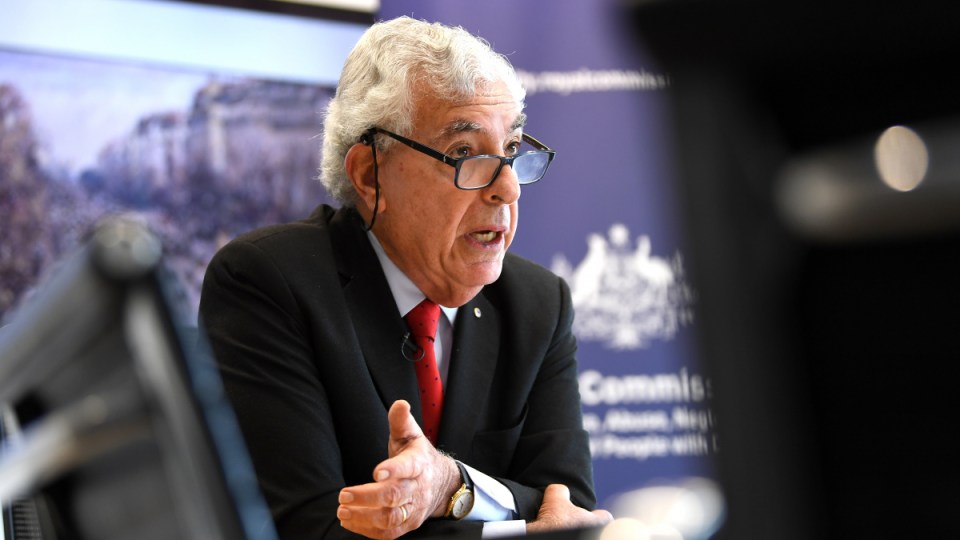 No state or territory should be allowed to reopen until every Australian with a disability is fully vaccinated, the disability royal commission has told the federal government.

In a damning draft report published on Monday, the commission says the rollout of COVID-19 vaccines to people with disabilities, and their carers, has been “seriously deficient”.

It warns too many lives will be endangered if states and territories are allowed to ease restrictions once they hit the 70 per cent double vaccination target in the national plan to reopen Australia.

The commission has urged the federal government to “use its best endeavours to ensure that no state or territory significantly eases restrictions” at 70 per cent unless it is sure of two things.

The Royal Commission has today released the draft Commissioners’ Report of Public hearing 12 on the experiences of people with disability, in the context of the Government’s approach to the COVID-19 vaccine rollout: https://t.co/5LZm8Mtkdq #DisabilityRC #COVID19 pic.twitter.com/LxxIzHxdJJ

Firstly, all people with a disability should be fully vaccinated, or be satisfied they’ve had a genuine opportunity to do so.

Secondly, all active disability support workers should be fully vaccinated.

“Without that opportunity, they (people with disabilities) face significant risks to their health if they contract COVID-19,” the draft report says.

Some states and territories, like New South Wales, are already planning to start opening up on or after 70 per cent of their population is vaccinated.

But data released on Monday shows only 66 per cent of NDIS participants living in shared accommodation, and 57.3 per cent of NDIS-screened workers have had double vaccine doses.

The draft report makes 17 findings critical of the government’s handling of the rollout, including its decision earlier this year to prioritise vaccines for aged-care residents while not informing the disability sector about it.

“People within the priority disability group did not know of the decision to deprioritise the vaccination of people in residential disability accommodation for a period of six weeks,” the draft report says.

“During this time, they proceeded on the misapprehension that the COVID-19 vaccine rollout strategy would be implemented according to its terms.

“Not surprisingly, the failure to communicate the decision in a timely manner caused many people with disability to lose trust and confidence in the Australian government’s handling of the vaccine rollout.”

The draft report also said the federal authorities had consistently failed to consult and clearly communicate with the sector, and with Australians living with disabilities who were fearful of contracting the virus.

“The failures in framing and implementing the COVID-19 vaccine rollout strategy contributed to confusion and uncertainty among people in the priority disability group and people with disability generally.”

The draft report is the second produced by the royal commission and follows a hearing in May on the experiences of people with a disability and COVID-19.

A spokesperson for federal Health and Aged Care Minister Greg Hunt noted the report was a draft that “has not been provided to the government in the usual way”.

“The government continually considers all issues raised during the royal commission and will formally consider the recommendations and findings once the report is finalised and delivered to the Governor-General,” the spokesperson said.

‘As at 27 September 2021, the vaccination rate for NDIS participants 16 years and over and living in shared accommodation is 14 per cent higher,  at 66 per cent, than that of the national average at 52 per cent.

“People with disability continue to be prioritised for vaccinations.”