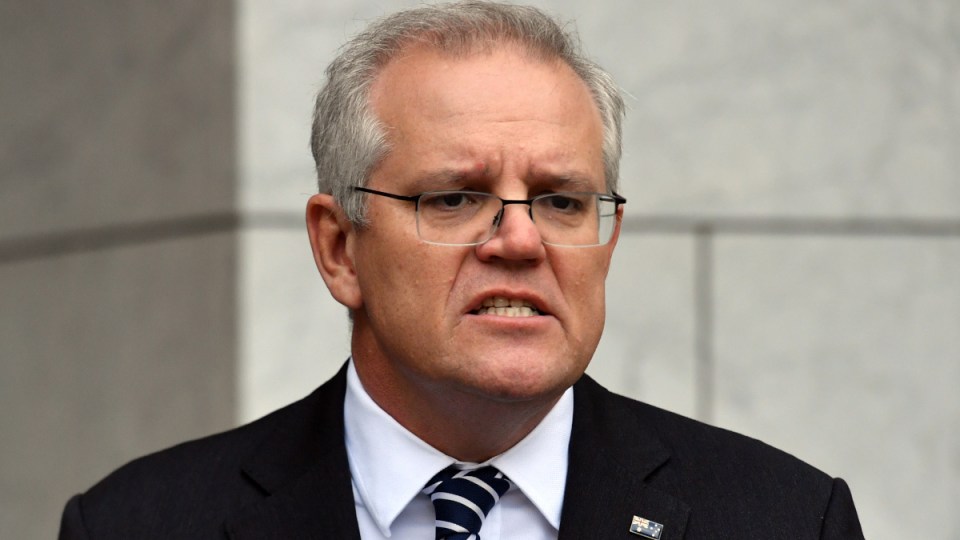 A government move to shield national cabinet meetings from scrutiny should be “killed off”, says independent senator Rex Patrick, as he launches a counter challenge to block the last-minute changes.

It comes on the eve of a Senate hearing into the contentious legislation that would block the leaders’ meetings from being subject to Freedom of Information (FOI) disclosures – something that has concerned government accountability experts.

“This is typical of Scott Morrison,” Senator Patrick said.

“He’s obsessed with secrecy. He was caught acting outside the law. Now he wants to change the law.”

Deliberations of the federal cabinet are exempt from FOI legislation, which allows any person to request documents from government departments.

Journalists, politicians and regular citizens can ask for documents, but numerous exemptions or reasons for redaction are often applied by the departments or persons involved with the information.

The federal government has argued that cabinet confidentiality extends to the national cabinet, which comprises state and territory leaders, meaning documents considered by that body should be unavailable under FOI requests.

Cabinet papers are generally only released after 20 years, to preserve the confidentiality of sensitive decision making.

In response, the federal government introduced the COAG Legislation Amendment Bill, which – among other changes – seeks to extend provisions of federal cabinet “to protect from disclosure the deliberations and decisions” to the national cabinet.

“The Prime Minister has been unable to introduce a ICAC bill in the two years of this Parliament, but can introduce an oversight obstruction bill in just 28 days,” Senator Patrick said.

“Intergovernmental meetings have always been subject to FOI with a harm threshold and an appropriate public interest test. Mr Morrison is seeking to change that and impose a complete ban on scrutiny.

“There’s no justification for doing so and to do so would erode participation by everyday people in the governing of our federation.”

The federal government’s bill has worried privacy and accountability groups, which have made numerous submissions to a Senate inquiry on the bill.

The Australian Human Rights Commission noted that the Council of Australian Government, national cabinet’s predecessor, was subject to FOI.

The commission claimed that calling national cabinet a cabinet committee was “misleading and obfuscates the nature of the body”.

The Accountability Round Table criticised the government’s “audacity” in seeking to place a “cloak of secrecy” on national cabinet’s deliberations.

Respected constitutional law academic Professor Anne Twomey said “plainly it is not” a cabinet committee, and claimed that the changes could “[bring] the law into disrepute and [damage] public confidence in the law”.

Those experts, as well as the Office of the Australian Information Commissioner and the Department of the Prime Minister & Cabinet, will appear before a Senate hearing into the bill on Monday.

Senator Patrick said he plans to introduce amendments to the COAG bill that would remove the provisions relating to protection from disclosure of national cabinet.

He is calling on Labor and the cross bench to support his amendments in the Senate, a move that would effectively scupper the government’s plan.

“The Prime Minister’s new secrecy legislation would prevent any external scrutiny of intergovernmental decision making in the ‘national cabinet’ and ensure that the records of those meetings are confined to the vaults of the National Archives for at least 20 years,” Senator Patrick said.

“This is quite unacceptable. Over the past 18 months the Prime Minister’s ‘national cabinet’ has made decisions that have affected every Australian and cost taxpayers billions of dollars.”

“Australians deserve to know how and why those decisions were made. Transparency is vital for democratic accountability.”

In its submission to the Senate inquiry, the Department of Prime Minister & Cabinet claimed it was “essential” for national cabinet to have the same protections from disclosure as the federal cabinet.

“The application of cabinet conventions over national cabinet information supports full and frank discussions between leaders, with a view to ensuring robust decisions in the interests of all Australians,” the department said.

“Maintaining confidentiality over national cabinet information and discussions is critical to its effective operation, and reflects the close relationship that national cabinet has to the federal cabinet.”

A recent statement from national cabinet said its discussions were “founded on the same principles of trust, confidence and collaboration which underpin state, territory and Commonwealth cabinets”.

It also said confidentiality allows the members to “exchange differing views and achieve outcomes together”.

Senate inquiry to probe ‘cloak of secrecy’ over national cabinet