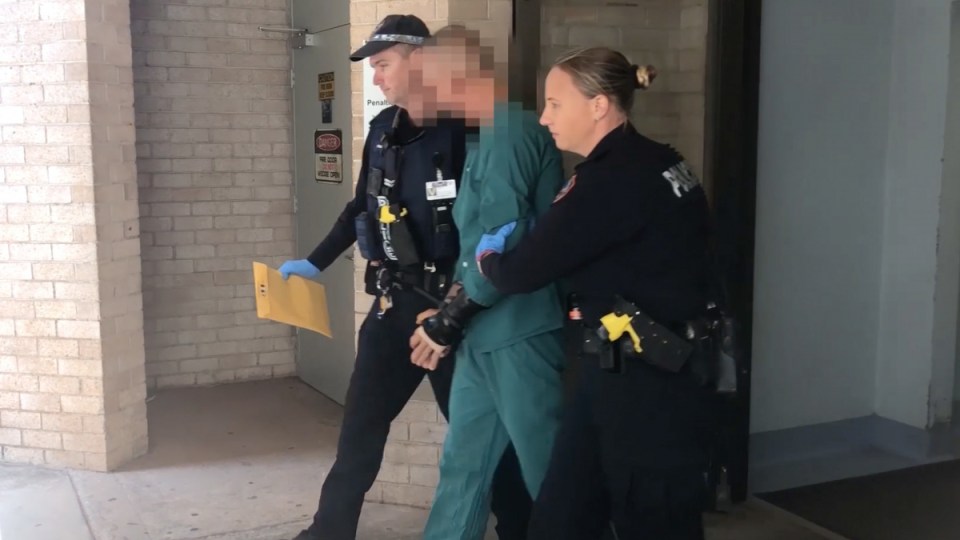 A man accused of murder has complained about the evidence used against him. Photo: AAP

A terrified triple-zero caller told police an armed man was hunting for someone at Darwin’s Palms Motel on the afternoon four people were shot dead.

The call at 5.42pm on June 4, 2019 came four minutes after Benjamin Glenn Hoffmann arrived at the motel, the Crown says.

He’s the man accused of murdering the four people. Hoffmann denies it.

His trial has been told he used a shotgun and a Bowie knife as he rampaged through Darwin and took four lives in less than an hour while high on drugs.

The 47-year-old was searching for a woman he believed was his girlfriend, Kelly Collins, and a man named Alex Deligiannis, with whom Ms Collins has been linked, prosecutor Lloyd Babb SC says.

His first victim was allegedly Hassan Baydoun, 33, who was shot and killed at the Palms Motel about the same time Leon McGuane called triple zero.

“We’ve got a bloke here with a shotgun shooting up the place,” Mr McGuane said in a recording played in the Northern Territory Supreme Court on Friday.

“At The Gardens, there’s a bloke shooting off a shotgun here.”

“What street, sir?” the operator asks.

A gunshot can be heard in the background followed by Mr McGuane saying “f***”.

Mr McGuane then urges the operator to move more quickly.

“Hurry up will you, there’s someone shooting the s*** out the joint,” he said.

In the background, a man can be heard yelling as the operator asks Mr McGuane to confirm the motel’s name.

“He’s still running around with a shotgun this bloke,” he said as another bang is heard in the background.

“He’s a tall skinny chap,” he said, as two more shots are heard in the background.

Mr McGuane told the operator about 20 shots were fired.

“He’s looking for someone to kill. He’s walking around,” he said.

The operator then urged Mr McGuane to hide somewhere safe before Mr McGuane replies: “I’m trying, I’m down here behind a brick wall”.

Earlier, Hoffmann became frustrated in the dock as Mr Babb showed the court a video of a rural property where he allegedly tried to run down a woman about an hour before the first man was shot.

“Can I ask you how this is relevant? I’m not denying this,” an agitated Hoffmann said.

“You just sit there and protect Alex and his mates.”

Defence lawyer Jon Tippett QC motioned for him to remain silent as another member of Hoffmann’s legal team rushed over to the dock and attempted to calm him.

But Hoffmann persisted with his outburst until Mr Tippett stood up and hurriedly requested Justice John Burns immediately adjourn the court so the jury could be taken out for about 15 minutes.