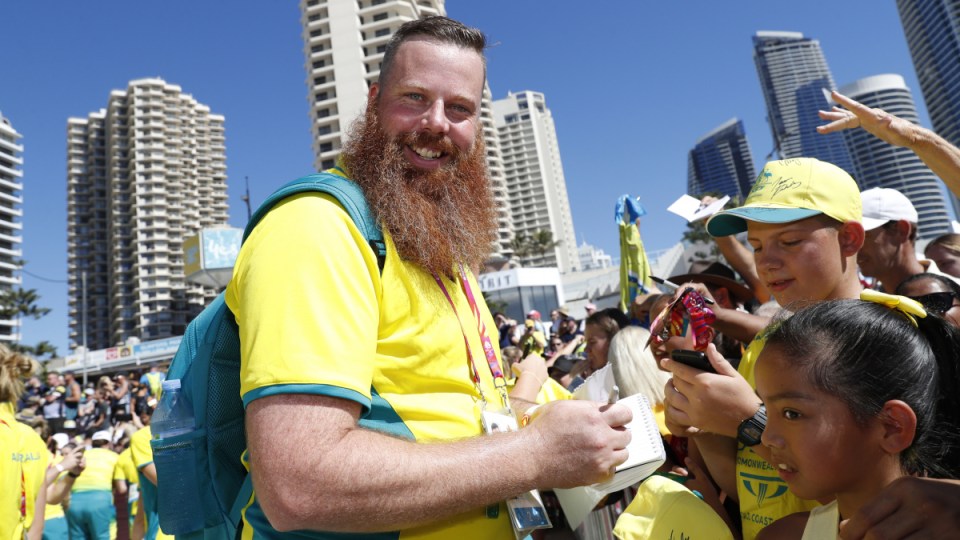 Labor’s presumptive candidate for the seat of Hunter has apologised for controversial social media activity including referring to India as a “s—hole”, but claimed his “little posts” paled in comparison to scandals in the federal government.

Dan Repacholi, who is vying to inherit Joel Fitzgibbon’s seat, admitted he’s not proud of off-colour posts in which he criticised India and opponents of coal mining. Those posts made headlines this week.

The former coal miner and tradesman said a push to encourage more working-class people into federal Parliament, who hadn’t been “groomed” for office, may see the uncovering of some “skeletons in the closet”.

“I’m an average bloke. I’m not someone that’s been groomed and been told I’m going to be prime minister from six years old,” Mr Repacholi told The New Daily, in his first interview since his Facebook controversy erupted.

“I’m a person that’s worked my arse off on the shop floor … I haven’t been that person that’s been groomed the whole way where I’m definitely going to watch what I say on my socials.”

A fitter and turner by trade, he is expected to be officially endorsed as Labor’s candidate for the NSW coal mining seat of Hunter, near Newcastle, this week.

He has been backed by outgoing MP Joel Fitzgibbon, as well as Labor leader Anthony Albanese and the CFMEU, but some local branch members are angry they won’t get a vote in a standard rank-and-file ballot.

Instead, Mr Albanese asked Labor’s executive to back the candidate without a preselection, to speed up pre-selections in Labor-held seats with a retiring MP.

Mr Repacholi has been criticised by some as the Opposition Leader’s “captain’s pick”.

Mr Albanese said he wanted to have “all the candidates in the field by the end of October” in preparation if an election was called.

The Opposition Leader asked for the same process in the seat of Fowler, in a controversial decision that will see Senator Kristina Keneally parachuted in over the hopes of local aspirant Tu Le.

“COVID has disrupted every aspect of our lives, including normal ALP activities such as branch meetings necessary to qualify for preselections,” Mr Albanese told TND in a statement.

“The only state where held seats candidates have not been finalised is NSW, which is why this needs to be concluded urgently given that Scott Morrison may call the election any time.”

Some members in Hunter have asked Labor’s executive to reconsider a ballot. But Mr Repacholi’s candidacy has also been buffeted after past social media comments surfaced.

As reported by The Australian, in 2010 Mr Repacholi wrote on Facebook “just got home from delhi thank god we live in Australia india was a s–hole where I was”.

The comments came after he’d been in India for the Commonwealth Games, where he won a bronze medal.

The Guardian reported he told coal mining critics to “sit in the dark and freeze this winter” in a 2016 Facebook post, and also that his Instagram profile had followed pages featuring photos of scantily clad women posing with guns.

He called India an “amazing place” that he’d like to visit again with his family on holiday.

But Mr Repacholi also sought to downplay the posts, saying he “hadn’t thought about them for the last 10 years”.

“I definitely made some comments, that I certainly regret now, in my earlier days. I didn’t really put a lot of thought into it, to be honest,” he said.

“I’ve put some things on my socials that I’m certainly not proud of, but I’ve also watched the scandals that the government’s currently had, with some pretty dodgy stuff … they’ve had to have a lot of ministers resign over things.

“Honestly, my little posts on Facebook and Instagram, I really don’t think even compare to what’s happened with the Morrison government and what’s coming out from there.”

Mr Repacholi suggested many people who hadn’t long planned a career in politics may have said or done things they regretted, which he warned would discourage those from outside the professional political class from considering running for Parliament.

“I don’t know whether you guys [journalists] have some skeletons in the closet on social media, where you look back and think ‘I definitely made a mistake there’.

“I wish I could change a few things, but I can’t now and they’re all out there.”

Mr Repacholi also admitted he didn’t vote in the 2010 or 2013 federal elections, after failing to update his electoral details upon moving from Victoria to the Hunter region. He said it was a “poor excuse” and he “didn’t have my priorities set correctly” at the time, but had voted for Labor in every election besides.

Mr Repacholi added he expected “a little bit of unhappiness between the branches” with the nature of his preselection, but said he was trying to reassure local members he would do right by them.

“I’ve started to talk to some of the branch members, genuinely having a chat with them, and letting them know the kind of guy I am and what they’re in for if I do get preselected,” he said.

“That’s how I’ll win them back … I enjoy life. I enjoy everything it throws at us and also I enjoy all the opportunities you get along the way. That’s what I’ll do to bring the branch members back.”

‘Not proud’: Labor candidate apologises for online posts, admits he hasn’t been ‘groomed’ for office