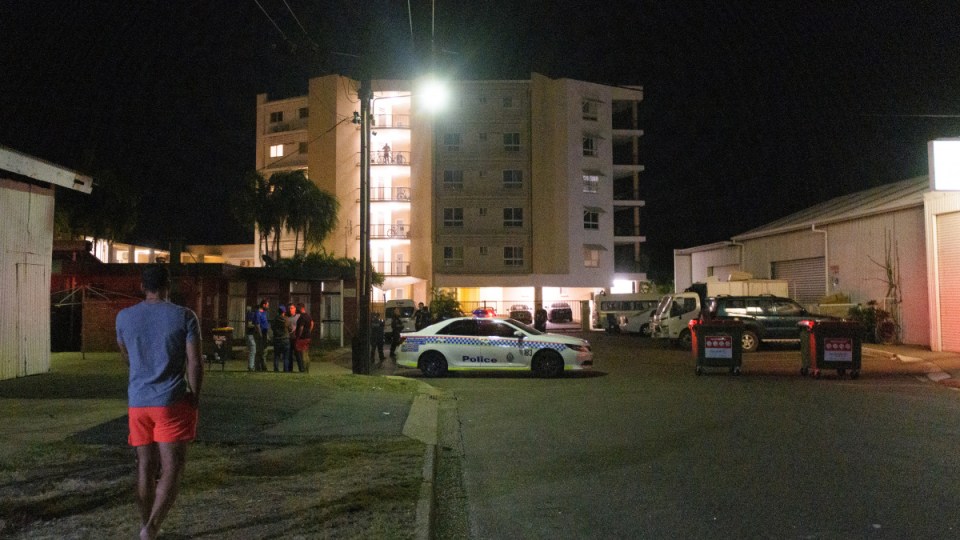 Benjamin Hoffmann was allegedly high on drugs when he shot the Palms Motel caretaker in Darwin. Photo: AAP

A man accused of murdering four people in Darwin was allegedly high on drugs and searching for a woman he believed was his girlfriend and her former boyfriend before he pulled the trigger.

Benjamin Glenn Hoffmann pleaded not guilty on Tuesday to four counts of murder on June 4, 2019, and a number of related charges.

Hoffmann was allegedly high on methamphetamine and armed with a pump-action shotgun when he walked into the Palms Motel in the Darwin CBD and committed the first of four murders, prosecutor Lloyd Babb SC told the Northern Territory Supreme Court during his opening address.

It was there that Hoffmann fatally shot caretaker Mr Baydoun four times before threatening two other men as he searched for the former caretaker, Alex Deligiannis, Mr Babb told the jury of 15 they would hear from witnesses during the nine-week trial.

“Prior to the fourth of June, the accused had expressed a strong dislike for Alex Deligiannis,” Mr Babb said.

“I expect the evidence will be that Mr Deligiannis had at some point had some sort of relationship with Ms Collins, the woman the accused believes to be his girlfriend.”

Earlier in the day, Hoffmann allegedly threatened to kill a woman at a property where Ms Collins lived in Darwin’s outskirts as he searched for her.

After leaving the Palms Motel, Hoffman is accused of driving to the Garden Hills apartment complex, about two kilometres away, where he shot and killed Mr Hellings.

Minutes later he drove to the nearby Buff Club, where he allegedly fatally shot a former friend, Mr Sisois, in the head, saying: “I told you not to f–k with me, c–t”.

Hoffman had earlier texted Mr Sisois: “I will f–king wreck you Sisois. Bring her to me. I will f–k you up you f–kheads”.

Hoffman then drove about 2.5 kilometres to Darwin Recycling, where he allegedly stabbed and slashed Mr Courtney 30 times with a Bowie knife and shot him.

“Blood smears were visible on the walls and floors.”

Hoffmann then drove to the Peter McAulay Centre police complex in outer Darwin, where he unsuccessfully tried to force his way in the door before driving back towards the CBD, where police apprehended him.

Hoffmann has also pleaded not guilty to 10 other serious charges, including threatening to kill and recklessly endangering life.

His defence lawyer Jon Tippet QC told the jury he would not dispute many of the facts, saying they should focus on Hoffmann’s psychological state when he allegedly committed the offences.

The trial continues on Wednesday.

‘Search for girlfriend’ at heart of Darwin killings in June 2019