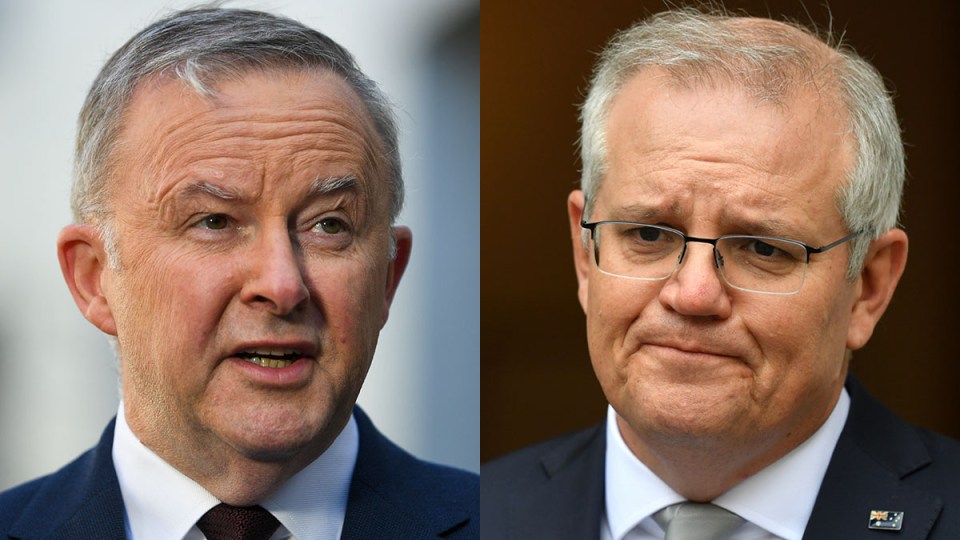 Labor has retained a 53-47 lead in the latest Newspoll, as minor parties continue to make gains with prospective voters.

Approval for Mr Morrison dropped to its lowest level since the 2020 bushfire, while Mr Albanese has slipped to his lowest net satisfaction since becoming Opposition Leader more than two years ago.

The survey was conducted before and after Thursday morning’s announcement of the nuclear submarine deal and the AUKUS alliance.

#BREAKING: Labor’s primary vote has fallen but the Opposition leads the Coalition in the two-party-preferred contest 53 per cent to 47 per cent #Newspoll #ausvotes https://t.co/EG5BVGwU82 pic.twitter.com/jlfrq0LWhR

There was no movement in support for the Greens (10 per cent) and Pauline Hanson’s One Nation (3 per cent), but support for other parties lifted a point to 12 per cent, which is similar to the last election.

This equates to a four-­percentage-point increase since the beginning of Aug­ust.

The latest poll shows Labor’s primary vote fell two points to 38 per cent, after a three-year high of 40 per cent in the ­previous poll in late ­August.

The Coalition primary vote rose a point to 37 per cent.

This three-point turnaround for the major parties marginally improved the two-party-preferred contest for the Coalition, which trailed 54-46 in the previous poll.