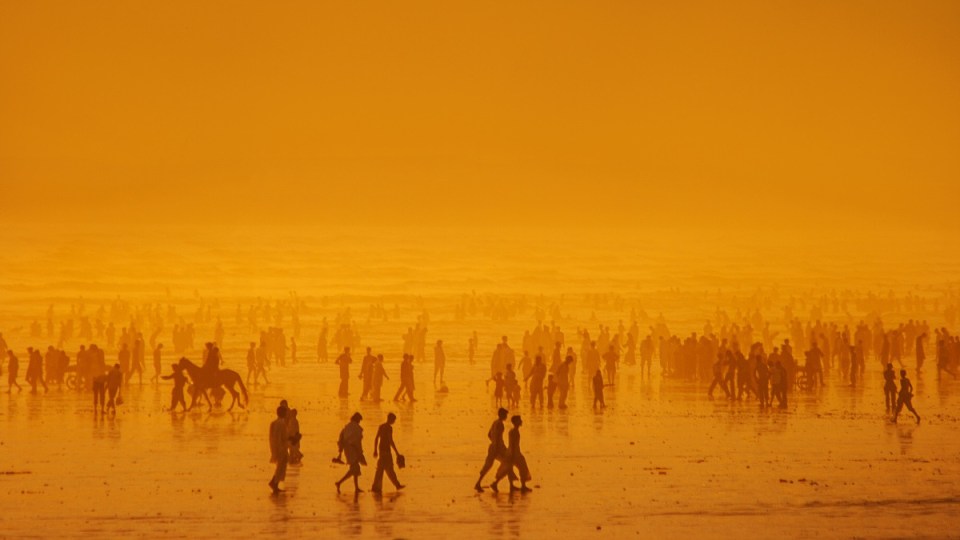 Climate change will create wars on Australia’s doorstep and a global refugee crisis, according to a former director of the Department of Defence who is calling on the country to address global warming as a security threat.

Cheryl Durrant, a specialist in intelligence analysis and scenario planning during her military career who is now an academic and councillor with the Climate Council, said if climate change continues unmitigated Australia may be dragged into war.

“What drives conflict is resource insecurity. We’ve seen this in the Syrian conflict, in which climate change was partly a driver,” Ms Durrant told The New Daily.

Her warning comes as a new report from the Climate Council reveals Australia has fallen well behind the US, UK, Japan and New Zealand in its analysis of climate and security risks.

We are unprepared and completely blind to the threats on the horizon and accelerating them by backing fossil fuels, Ms Durrant said.

“Australia’s unwillingness to deal with climate change is already affecting our security, leading to a loss of geopolitical influence, particularly in the Pacific,” she said.

Climate change could cause chaos in the Asia-Pacific region, as several countries, including Australia “will be severely impacted by extreme weather events”.

Australia was falling behind other nations in integrating climate policy with national security, the report found.

In the worst-case scenario, climate change plunges the Asia-Pacific region into conflicts over water and other essential resources, it states.

“A worst case might see conflict involving India and Pakistan drawing in the US or China. Any US-China conflict could escalate into a major war, which Australia could also be drawn into through its alliance mechanisms with the US or India,” the report reads.

Conflict paired with rising sea levels could create a refugee crisis so large that Australia’s ‘stop the boats’ policy will be rendered insufficient, Ms Durrant said.

“If countries to the north fail, I think we’ll see the refugee crisis, not in the hundreds but potentially, a much larger number,” she said.

“We could work with PNG and Indonesia in resilience or we could choose to say, those places are not ours, we’re happy to let them collapse, but then you have to deal with mass refugee flows,” the report read.

‘Canary in the coal mine’

The dominance of certain countries in the supply chain of essential goods, such as China, South Korea and Japan, makes the risk of conflict even more concerning for Australia.

“COVID is the canary in the coal mine,” Ms Durrant said.

“We’re a trading nation. We rely on trade for economic wellbeing, so if those countries are under stress and focusing on survival, that’s going to have an impact on us as well.”

To address the root cause of climate-fuelled insecurity, the science is clear that Australia should reduce its emissions by 75 per cent (below 2005 levels) by 2030 and achieve net zero by 2035, Ms Durrant said.

“We expect in Australia that we spend money to mitigate risk. It’s really an act of negligence if we don’t,” she said.

“We can do that by shifting from fossil fuel exports to clean exports and making smart use of development assistance.”

Robert Glasser, head of the Climate and Security Policy Centre at the Australian Strategic Policy Institute, said climate hazards in south-east Asia could affect Australia’s security even more than the domestic impacts of climate change.

“In Maritime Southeast Asia, 400 million people live in low-lying island states, the majority of them in Indonesia,” Mr Glasser said.

“What is currently a one-in-100-year extreme flooding event will become an annual event within little more than a decade in many parts of the region,” Mr Glasser said.

“This could have profound consequences for Australia.”