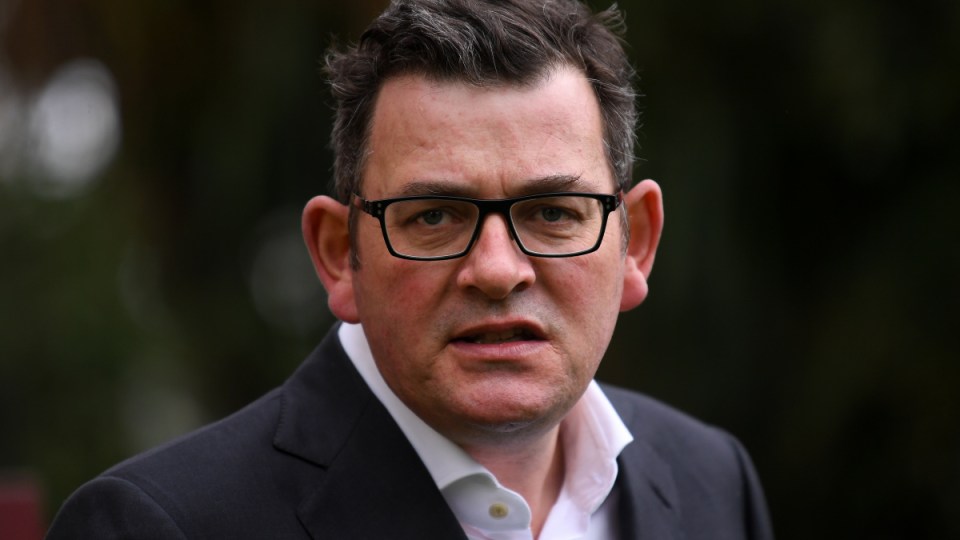 Premier Daniel Andrews said a roadmap will be released 'in about a week's time'. Photo: AAP

Victoria has confirmed 473 fresh local infections on Monday, as an independent school that breached restrictions has found itself at the centre of an outbreak.

The health department has confirmed 202 of the new cases were linked to known outbreaks, while the source of 271 infections remain under investigation.

It is the state’s highest daily tally since the outbreak began and brings the total number of active cases in the state to 3507.

In the 24 hours to Monday morning, 49,037 tests were processed and 30,032 Victorians received a vaccine dose at a state-run hub.

It comes as authorities investigate a COVID-19 outbreak at a Melbourne school, after its principal repeatedly flouted lockdown rules by inviting parents to send their children to class.

Deputy Chief Health Officer Dan O’Brien on Sunday said at least 30 students and staff at the Fitzroy Community School in North Fitzroy had contracted the virus.

There are about 60 students enrolled at the school, which describes itself as an “independent, alternative primary school”.

Under lockdown rules, only children of permitted workers and those who are vulnerable are allowed to attend school in Melbourne.

“Children’s emotional wellbeing, their feeling of insecurity, the unpredictable long-term psychological danger of raising them under a mantle of fear are the price we pay for not having children at school,” Ms Berryman said.

More than 3800 children under 12 have contracted coronavirus across Australia between January 1 and September 2.

Of those, 134 have been hospitalised while three have been admitted to intensive care.

There have been more than 30 kids showing up each day for the past few weeks, with the alternative independent school encouraging attendance.

Principal Timothy Berryman sent an email to parents on June 3, according to The Age, inviting parents to send their children to school despite lockdown rules.

“I cannot in good conscience continue to request that you continue to keep your children at home”, Mr Berryman wrote.

“Please feel free to send your child to school if you feel that this is best for them or best for your family balance. I do not write this lightly, as this does breach government imposed directives for schools.”

Shadow Education Minister David Hodgett said the opposition did not support breaking the rules but he understood the school’s actions.

“The government has not put out a single plan. There’s no certainty, there’s no hope,” Mr Hodgett said.

The state government is continuing its develop a roadmap out of lockdown, including a plan to return students to classrooms in term four.

Meanwhile, schools and COVID-hit areas are preparing to welcome a series of pop-up vaccination hubs to boost coverage rates, with the program set to launch over the next fortnight.

From Monday, children aged 12 to 15 became eligible for the Pfizer vaccine in the state.

While regional areas emerged from lockdown late last week, restrictions won’t ease in Melbourne until 70 per cent of eligible Victorians have had their first dose of the COVID-19 vaccine.

When that target is reached, Melburnians will get an extra hour of outdoor activity and the five-kilometre travel radius will be expanded to 10 kilometres.

By Sunday, 66.2 per cent of the eligible Victorian population had received at least their first dose.

There has been no indication of what freedoms will be permitted when 70 and 80 per cent of the population is double-vaccinated.

But Premier Daniel Andrews has flagged the state government will release a comprehensive roadmap out of lockdown “in about a week’s time”, based upon modelling from the Burnett Institute.

A plan to return students to classrooms, including upgrading ventilation in schools and staggered entry times, will form part of the plan.

Of the 392 new cases reported on Sunday, 255 were from Melbourne’s north and another 89 came from the western suburbs.

The federal government has embarked on a three-week vaccination blitz of those areas, allocating an extra 417,000 Pfizer and Moderna doses to Victoria.