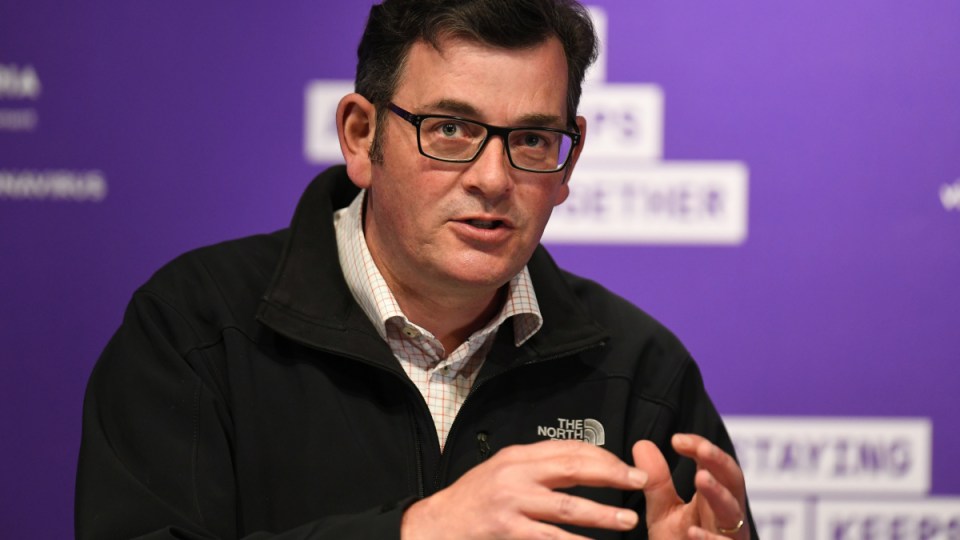 Melbourne is just over two weeks into its sixth lockdown, extended until at least September 2. Photo: AAP

A police officer and a resident in the regional city of Shepparton are among 55 new locally acquired cases of COVID-19 recorded in Victoria.

The health department confirmed on Friday that 49 of the locally acquired cases were linked to known outbreaks, while 25 were self-isolating throughout their infectious period.

That meant 30 people were infectious in the community, while six cases are yet to be linked to outbreaks.

Two overseas-acquired cases were also detected in hotel quarantine, taking the total number of infections recorded in the state to 57 for the second day in a row.

Victorian health authorities are expected to give more details in an update later on Friday. A time is yet to be confirmed.

However, it is expected that some of Friday’s 55 infections are the result of day-13 testing of about 2000 people who have been self-isolating after coming into contact with a positive case.

Among the new infections is a police officer based at Knox station, in Melbourne’s eastern suburbs.

A Victoria Police spokeswoman said the office would be professionally cleaned and police and support staff would be asked not to attend during this time.

“Victoria Police will work closely with the Department of Health as they conduct contact tracing to determine whether anyone else was in close contact with those who tested positive for coronavirus,” she said.

It is understood 12 officers are self-isolating after coming into contact with the infected case.

Meanwhile, Goulburn Valley Health has confirmed a positive case has been identified in Shepparton, about 200 kilometres north of Melbourne.

The case is at home and isolating, with contact tracing underway.

“Further details regarding any community locations of concern will be provided once this information is known and if it represents a concern,” Goulburn Valley Health boss Matt Sharp said in a post on Facebook on Friday.

“Anyone identified as a close contact will be contacted directly by the tracing team. Exposure sites will be published during the day as more information becomes available.”

COVID-19 has been detected in wastewater samples in the area since August 10.

It is the first case in regional Victoria in more than a week.

Elsewhere, a coronavirus vaccination hub in Melbourne’s south-east has been declared an exposure site after a positive case visited to get their shot earlier this week.

The case, who had no symptoms at the time, went to the Frankston Community Vaccination Hub at Bayside Centre on Monday before testing positive on Thursday.

The Peninsula Health-run site has been declared a tier-two exposure site from 11.30am to 12.45pm on Monday. It remains open for those with vaccination bookings.

There are more than 530 exposure sites in Victoria, with a Reject Shop at Moonee Ponds and Coles Broadmeadows added to the list late on Thursday evening.

Melbourne is just over two weeks into its sixth lockdown, which has been extended until at least September 2.