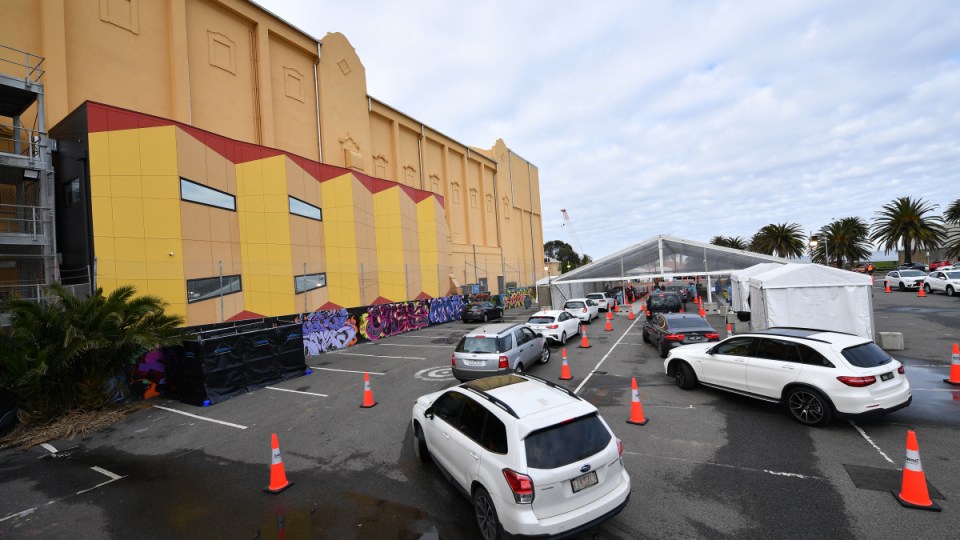 Victorian health authorities have urged anyone who has used the services of a sex worker in St Kilda to get tested for coronavirus.

Health Minister Martin Foley confirmed a sex worker who lives and works in the inner-Melbourne area was among the city’s recent COVID cases.

“I stress there is no evidence of transmission having occurred because of this person’s sex work occupation but out of caution, we are asking that if you have employed a sex worker in the St Kilda area, you need to come forward and get tested,” Mr Foley said on Wednesday.

“No matter where you are, you need to come forward and get tested.

He was unable to confirm if the woman, who is now in quarantine, had been vaccinated.

Victoria had 24 more local virus cases on Wednesday, including 18 in isolation throughout their infectious period.

But authorities remain especially concerned about mystery cases that keep popping up across the city. There were four more on Wednesday – in the suburbs of Glenroy, Altona North and Glen Eira.

The number of unlinked and mystery infections in Victoria was one of the main reasons for extending Melbourne’s sixth lockdown.

There are now 15 infections linked to the St Kilda area, many of whom are being treated as mystery cases, where the source of the infection is not known.

“There is no connection bar anything apart from geography. We have within that cluster accountants, we have architects, we have a sex worker, we have members of the Orthodox Jewish community and a pizza guy who works in a pizza shop,” Mr Weimar said.

Health authorities believe there are cases missing that could link the infections.

“We’re really encouraging anybody who lives, works, or visits and actively uses that St Kilda area, please consider coming forward to get tested,” he said.

An illegal engagement party last weekend is behind some of the spread but the transmission link is yet to be found. However, Mr Weimar said genomics had confirmed all of the latest cases were the same strain of the virus and all part of the “same can of worms”.

Testing has been expanded in the area, with centres opening at the Palais Theatre and the St Kilda town hall on Wednesday.

Aside from the outbreak in Melbourne’s south-east, other clusters in Victoria were becoming “clearer”, Mr Weimar said.

The most dominant outbreak has 211 infections and is associated with cases that began in Hobsons Bay, and then spread further across Melbourne’s north and west toCaroline Springs, Melton, through some large schools and into Glenroy.

Mr Weimar said those cases are all directly connected.

“[There are] significant numbers of people in isolation associated with that cluster. I’ll expect to continue to see cases coming out as those families and people continue to isolate over the coming days,” he said.

In a separate outbreak, there are eight cases in two households that have been linked to an outbreak in West Footscray.

That outbreak has in the past been referred to as a Maribyrnong case, but is actually in West Footscray.

There are also some cases connected to Wyndham and a courier worker, with “probable” linkages.

Victoria has 12 COVID patients in hospital. They include two in intensive care – neither on a ventilator.

Of Victoria’s active cases, 56 under children younger than nine and a further 55 are aged 10-19.

Health authorities also announced the launch of a new campaign to help stop the spread of COVID-19 in the state.

The ‘only a test can tell’ campaign targets anyone with symptoms. It will roll out across Victoria on Wednesday.