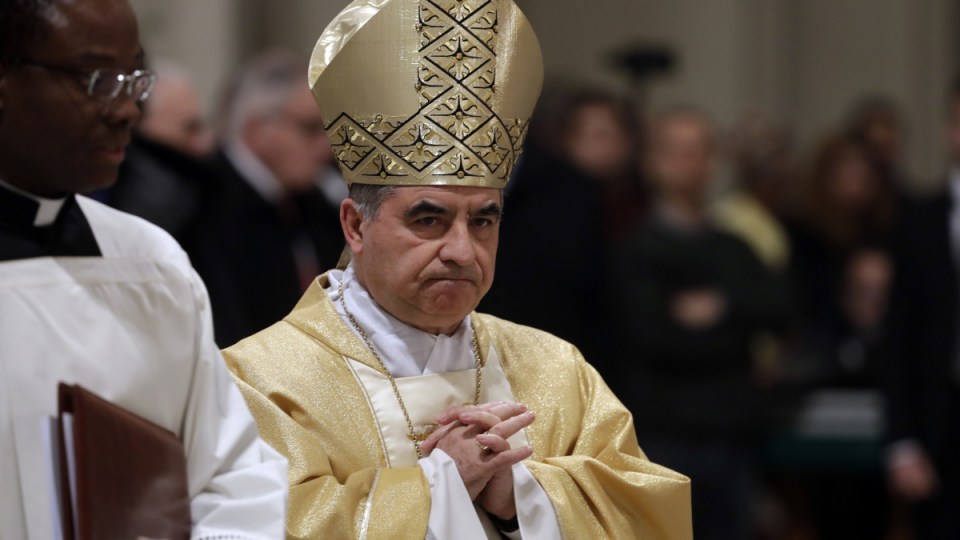 Vatican prosecutors have alleged a jaw-dropping series of scandals in the biggest criminal trial in the Vatican’s modern history, which is set to open in a modified courtroom in the Vatican Museums.

Among the cases is that of a cardinal who allegedly induced an underling to lie to prosecutors.

Another case involves brokers and lawyers who pulled a fast one over the Vatican No.2 to get him to approve a disastrous real estate deal.

Then there’s the self-styled intelligence analyst who bought Prada and Louis Vuitton items with the Vatican money that she was supposed to send to rebels holding a Catholic nun hostage.

The once-powerful cardinal and nine other people are accused of bleeding the Holy See of tens of millions of dollars in donations through bad investments, deals with shady money managers and apparent favours to friends and family.

They face prison sentences, fines or both if convicted.

The trial, which will likely be postponed for months after the first hearings on Tuesday and Wednesday, is the culmination of a two-year investigation into the Holy See’s flawed 350 million-euro ($560 million) London real estate venture.

That operation exposed the Vatican’s once-secret financial dealings and its structural dysfunction, which allowed a few people to do so much damage to the Vatican’s finances and reputation, with little expertise or oversight.

But the prosecutors’ case also suggests Pope Francis and his top lieutenants were not only aware of some of the key transactions, but in some cases explicitly authorised them, even without full documentation or understanding the details.

Questions also remain about why some people were charged and others not.

One Vatican monsignor who until recently was considered by prosecutors to be a key suspect, Monsignor Alberto Perlasca, managed to avoid indictment.

Perlasca’s office handled the London investment from start to finish and his boss had identified him as the main in-house culprit in obscuring the deal’s costly outcome.

But prosecutors suggested Perlasca flipped and became an important witness, in part after coming under pressure to recant his testimony by the lone cardinal on trial, Angelo Becciu.

Francis has in many ways already convicted Becciu.

Last year, Francis presented Becciu with evidence that he had sent 100,000 euros in Vatican funds to a Sardinian charity run by Becciu’s brother.

Francis secured Becciu’s resignation as head of the Vatican’s saint-making office and then stripped him of his rights as cardinal.

Becciu, who is charged with embezzlement and pressuring Perlasca to recant, has denied any wrongdoing.

The one-time chief of staff in the Vatican secretariat of state, Becciu is also linked to a mysterious figure who is also on trial, Cecilia Marogna, whom he hired in 2016 as an external security consultant.

Bank records from her Slovenian front company show the Vatican wire transfers were used instead to pay bills at luxury shops and boutique hotels. Marogna says the money was legitimate compensation and reimbursement for her intelligence-related expenses.

The London real estate deal dates to 2014, when the Vatican’s secretariat of state decided to invest an initial 200 million euros in a fund operated by Italian businessman Raffaele Mincione, with half the money put into the London building, half in other investments.

By November 2018, the original investment had lost 18 million euros, prosecutors say, prompting the Vatican to seek an exit strategy while retaining its stake in the building in London’s swank Chelsea neighbourhood.

But prosecutors say Torzi then hoodwinked the Holy See by secretly restructuring 1000 shares in the property’s new holding company in a way that gave him full voting rights.

Prosecutors say Torzi then extorted the Vatican for 15 million euros to get control of the building that it thought it had already acquired.

Mincione and Torzi, who are accused of fraud, money laundering, embezzlement and other charges, have denied wrongdoing.

Becciu’s successor as chief of staff, Archbishop Edgar Pena Parra, told prosecutors that Francis had made clear by November 2018 that he wanted to lose as little money as possible to secure ownership of the building and “turn the page and start over.”

After realising Torzi controlled the building and based on Francis’ desire to move forward, Pena Parra said the Vatican had two choices.

Those were to sue him or pay him off for the 1000 voting shares that he owned. Pena Parra said the Vatican’s concern was that suing him could take years and even possibly end in Torzi’s favour.

Option No.2 was chosen because it was considered more economical, Pena Parra wrote in his testimony.

And yet the payout of 15 million euros to Torzi is at the heart of the case.

Prosecutors accuse Torzi of extorting the Vatican for the money and the Vatican’s financial oversight agency of failing to stop the deal.

The oversight’s managers say the Vatican had no choice but to pay Torzi, given the Secretariat of State signed legally binding contracts that gave Torzi control of the building.

Prosecutors say the secretary of state, Cardinal Pietro Parolin, was deceived into approving Torzi’s contract by a lawyer who drafted a one-page memo describing the deal but omitting key details, including Torzi’s voting stake.

Pena Parra said only later did the Vatican realise the lawyer was associated with Torzi.

Quoting Parolin’s own notes, Pena Parra said the cardinal approved the deal based on the lawyer’s brief memo and assurances from Perlasca and another Vatican money manager, Fabrizio Tirabassi.

Parolin, Pena Parra and Perlasca were not charged. Tirabassi is charged with corruption, extortion, embezzlement, fraud and abuse of office; he denies wrongdoing.