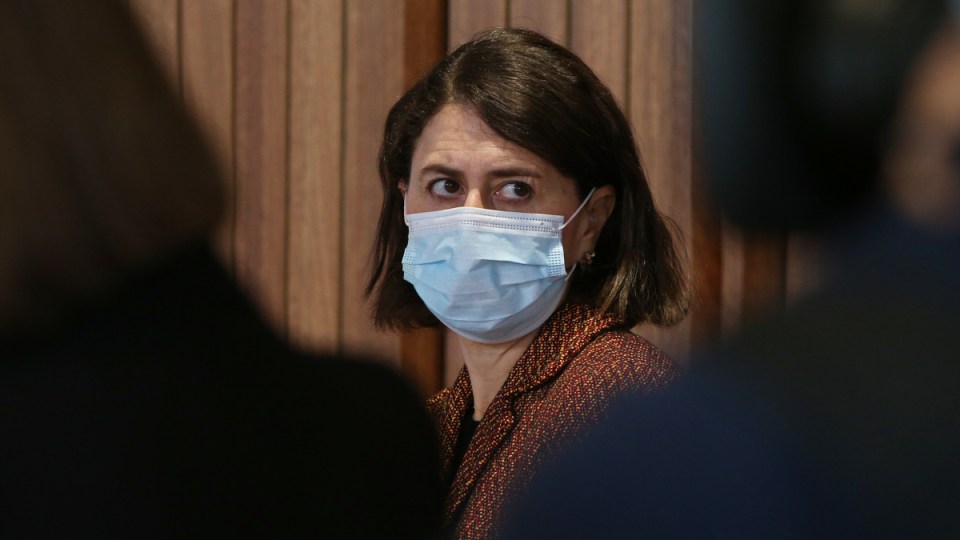 Two more people have died from COVID-19 in NSW, taking the toll from the state’s latest outbreak to 10.

NSW Health confirmed a woman in her 80s had died at her home in Pendle Hill, in Sydney’s west, on Monday afternoon, while a man in his 80s died while being treated at Campbelltown Hospital.

It brings the state’s death toll since the start of the pandemic to 66 and comes a day after a Sydney-based Brazilian student in her 30s became the youngest woman to die of COVID-19 in Australia.

⚠️PUBLIC HEALTH ALERT–VENUES OF CONCERN⚠️
NSW Health has been notified of a number of new and updated venues of concern associated with confirmed cases of COVID‑19. pic.twitter.com/NkxN9EVFvC

The NSW crisis cabinet met on Monday to devise a strategy to deal with the evolving crisis and to begin workshopping the restrictions to remain in place in Sydney over the coming months.

Greater Sydney’s lockdown is due to end on Friday, though Premier Gladys Berejiklian flagged some restrictions may be tightened and others eased where transmission risk is minimal.

This may involve tightened or more targeted measures in virus-hit south-west and west Sydney, as well as changes to testing requirements.

However, some restrictions would remain until the majority of the NSW population was vaccinated, regardless of daily infection numbers.

#BREAKING Two more people have died in the NSW COVID-19 outbreak: A woman in her 80’s who died at home this afternoon in Pendle Hill, and a man in his 80’s who passed away this morning in Campbelltown Hospital.

The future of home schooling is yet to be determined but construction activity, currently paused, will resume in some form from Saturday.

“We might need to go harder in some areas and release some settings in others,” Ms Berejiklian told reporters.

“Our mission is to allow our citizens to live as safely and as freely as possible.”

She reiterated stronger lockdown measures would have marginal impact given the prevalence of transmission among critical workers who cannot stay home.

“The people of south-western Sydney and western Sydney are the people that keep our city running. They do a lot of the work in distribution centres, food, logistics, transport,” Dr Chant said.

“We should all reflect on that.”

Dr Chant also indicated the NSW government would on Tuesday enable all people to walk up and receive the AstraZeneca vaccine at some locations.

While Pfizer supplies remain constrained, the NSW government says it has plentiful AstraZeneca, which is effective in preventing hospitalisation or death.

Dr Chant also suggested NSW Health could administer more than 350,000 vaccines per week if its Pfizer supply was enhanced. This is separate from the federal government’s vaccine rollout.

“We have to make really hard choices and what we’re doing is looking at the best evidence (on) available supply,” Dr Chant said.

“Ultimately, if we had more vaccine, we could do more … but we do have a good vaccine, which is AstraZeneca.”

There are currently 44 COVID-19 patients in NSW in intensive care, of which 18 are ventilated.

The fate of three local government areas in regional NSW areas due to exit a lockdown on July 28 is also unclear.

Frustration over lockdowns boiled over on Saturday when about 3000 people marched through Sydney’s CBD in protest.

Some 57 people have been charged to date.

Police Commissioner Mick Fuller said on Monday he was aware of online talk about another protest on Saturday, and emphasised any attendees would be arrested.

A full list of NSW exposure sites can be found at health.nsw.gov.au