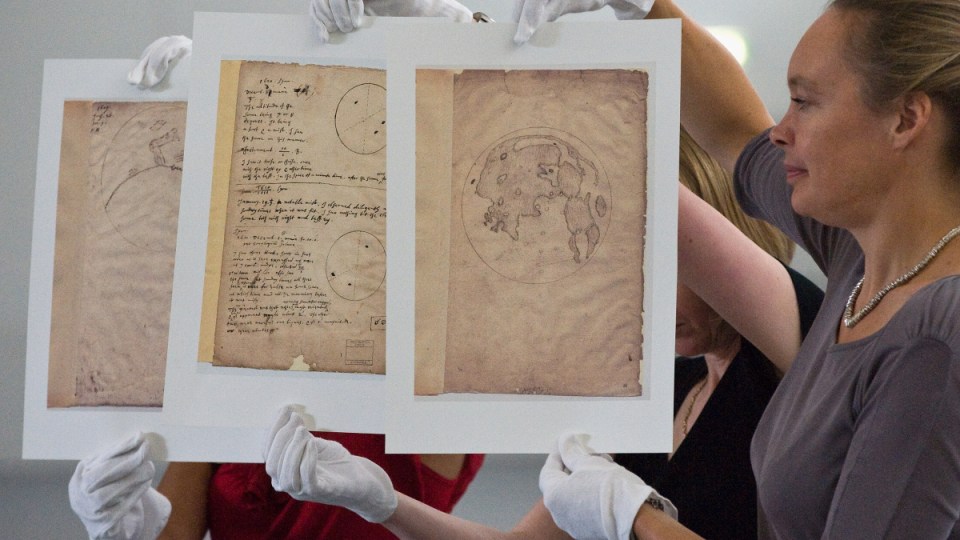 On this day more than four centuries ago, one “quiet English genius” looked through a telescope and sketched out a picture of the Moon.

His name was Thomas Harriot – the first telescopic astronomer.

It would be several decades before the world would see a more accurate picture of the Moon than the one he drew on July 26, 1609.

Harriot detailed the boundary between day and night with a line on the lunar surface.

He also sketched three dark patches to resemble lunar mare – large plains on the Moon that are formed when basaltic lava erupts.

One located on his map is called Mare Tranquillitatis.

It would become the landing spot for American astronauts Neil Armstrong and Buzz Aldrin 360 years later, on the first manned mission to the Moon.

Harriot had a narrow field of view, meaning he could only see a small portion of the Moon at any one time.

His use of a telescope to make observations was unprecedented.

Never before had the telescope been used to look into space.

It was not seen as a scientific instrument, but an optical toy that was at times used by the military and navy.

Harriot was publicity shy and never published any of his telescopic observations, meaning that more than a dozen of his pen-and-ink Moon drawings remained unknown for 175 years, and were only published 49 years after that.

This is why one newspaper labelled him the “quiet English genius”.

He shied away from the spotlight but is now in the history books.

On This Day: Thomas Harriot draws the first picture of the Moon using a telescope