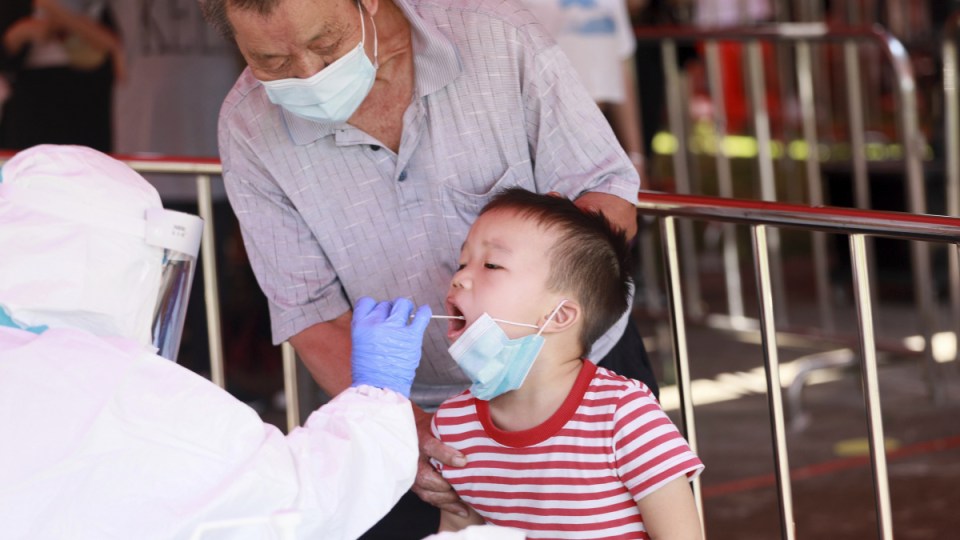 China has reported 76 new COVID-19 cases, the highest daily total since January amid a surge of local infections in the eastern city of Nanjing, which started a second round of mass testing to curb the outbreak.

China has taken a zero-tolerance approach to COVID infections, quickly testing swathes of its population and tracing the contacts of any positive cases to prevent the spread of the virus.

Local infections accounted for 40 of the new cases, compared with only five a day earlier, the National Health Commission said in a statement on Monday.

Of the 39 cases, 38 were detected in Nanjing, and one in Suqian city, the provincial government said on its website.

As of the end of July 25, Nanjing had reported a total of 75 local cases since its latest outbreak emerged last week, a health official said in a news briefing on Monday.

Taxis and cars on ride-hailing platforms should not leave the city, and eight long-distance shuttle bus stations will be suspended from July 27, Nanjing authorities said on Monday on social media.

The number of new asymptomatic cases in China, which the country does not classify as confirmed cases, rose to 24 from 17 cases a day earlier.

Among the symptomless cases, four were local infections – one in Jiangsu, one in Guangdong, one in Jiangsu’s neighbouring province of Anhui, and one in Sichuan province.

Many of the positive cases in the first round of testing Nanjing launched last week were in an area close to Lukou International Airport.

Nanjing city government said on Sunday it had started a second round of nucleic acid testing of its 9.3 million residents.

The city has suspended a subway line linking the airport and a train station and taken other measures to control the new cluster.

GPs need to be trained to meet skin cancer ‘tsunami’
Why can’t ‘gold standard’ NSW get its cases down, despite weeks in lockdown?
Today's Stories