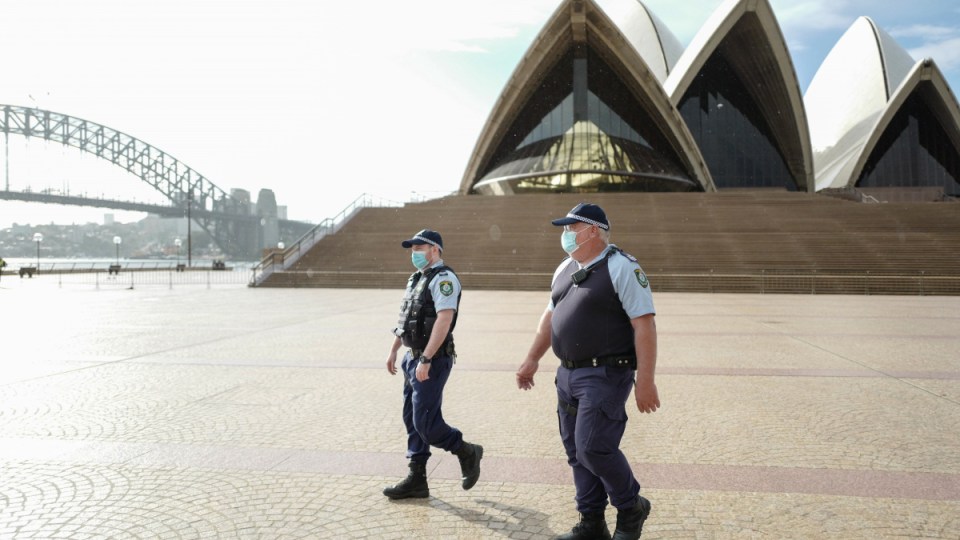 NSW residents have been warned there are still worse days to come in their worrying outbreak of the Delta variant of coronavirus, even as new infections hit a record high on Thursday.

The state posted a 124 new locally acquired cases – a record for 2021 – but even higher numbers are expected in the coming days.

COVID cases have surged across NSW this week, despite ever tougher lockdown measures.

Premier Gladys Berejiklian issued a grave warning on Wednesday, pleading with Sydneysiders and everyone else in locked-down areas to keep following the rules.

“I can’t underscore what a serious situation we’re in at the moment,” Ms Berejiklian said.

At least 48 of Thursday’s cases had not been isolating at all while infectious and 22 had spent part of their infectious period in the community. The isolation status of 17 others is still being investigated.

That’s the number that worries Premier Gladys Berejiklian the most as those with COVID circulate in the community unwittingly infecting others.

“Given that number of infectious in the community, I’m expecting case numbers to go up even higher,” Ms Berejiklian said.

However, Ms Berejiklian denied contact tracers had lost control of the disease.

“It’s not because our contact tracers don’t necessarily get to them quickly. It’s because people remember things subsequently or people may not have known they were infectious at a particular point in time,” she said.

Fresh outbreaks were confirmed in aged and disability care in Sydney, highlighting the danger of the troubled national vaccine rollout. Three unvaccinated staff at two NSW aged care homes and five people connected to a disability care facility have tested positive for the virus.

One of the new cases was a worker at The Palms aged care at Kirrawee, in southern Sydney.

“This person wasn’t vaccinated and the residents and staff have been tested,” Dr Jeremy McAnulty, from NSW Health, said.

Two workers at Japara Corymbia, an aged-care home in Belrose, have also contracted the virus.

All other staff and residents at the two homes have since been tested and both centres have been locked down.

Meanwhile, 65 staff and 21 residents of Unisson Disability in Parklea are self-isolating after a COVID-positive worker unknowingly passed the virus on to three residents and another employee.

All five cases had received only one dose of a vaccine, despite being included in the highest priority group for immunisation.

The cases at the NDIS-funded group care home are the first known in a disability home in Australia.

“The employee was infectious from July 12 and worked four shifts in the same house during their infectious period until receiving the positive test result on July 20,” Unisson chief executive David Kneeshaw said.

“Unisson is working closely with contact tracers and NSW Health to identify all potential close contacts of the employee and is organising testing to take place.”

A relative of one Parklea resident told the ABC she was very concerned about the situation.

“The residents of these facilities live in close quarters, have a high rotation of staff and generally have quite high needs requiring a lot of physical contact all day for things like toileting and showering,” she said.

“Many are at significant risk of dying from COVID due to comorbidities.”

This week’s continued upward spiral in community cases has prompted further widening of surveillance testing requirements for at-risk Sydney areas. From Friday, anyone who lives in the Canterbury-Bankstown local government area and works in health or aged care outside their area must be tested for the virus every three days.

Ms Berejiklian said the Delta variant was particularly worrying because it was spreading so quickly among young people.

“It’s like nothing we’ve seen before. It’s affecting and impacting people in many different ways,” she said.

“It’s concerning that over 55 per cent of people that have this virus strain are under the age of 55.”

Health Minister Brad Hazzard stressed the virulent Delta strain was “a really serious issue for young people” and warned most infections were being diagnosed in people under 35.

“We have young people in intensive care,” Mr Hazzard said.

The Sydney lockdown has a current end day of July 30. That appears increasingly unlikely, given this week’s spread of cases. But Ms Berejiklian said there would be more information within days.

“We’ll be able to tell the community this time next week or thereabouts what July 31 looks like and we’ll rely on the information we have up until that time to make those announcements,” she said.

“We’ve said there will be still, of course, a level of restriction on July 31 but the extent of that we can’t convey until we have more information closer to that date.”

Since the outbreak began in June 16, 1648 people have contracted the virus.

Just over 14 per cent of the eligible Australian population aged over 16 is fully vaccinated, with Prime Minister Scott Morrison apologising for elements of the botched rollout on Wednesday.

Meanwhile, Queensland will ban all travellers from NSW from 1am on Friday to prevent interstate spread of the Delta variant.

Virus restrictions will ease across the Sunshine State from Friday, with health authorities reasoning a closed border will offer greater protection for residents.