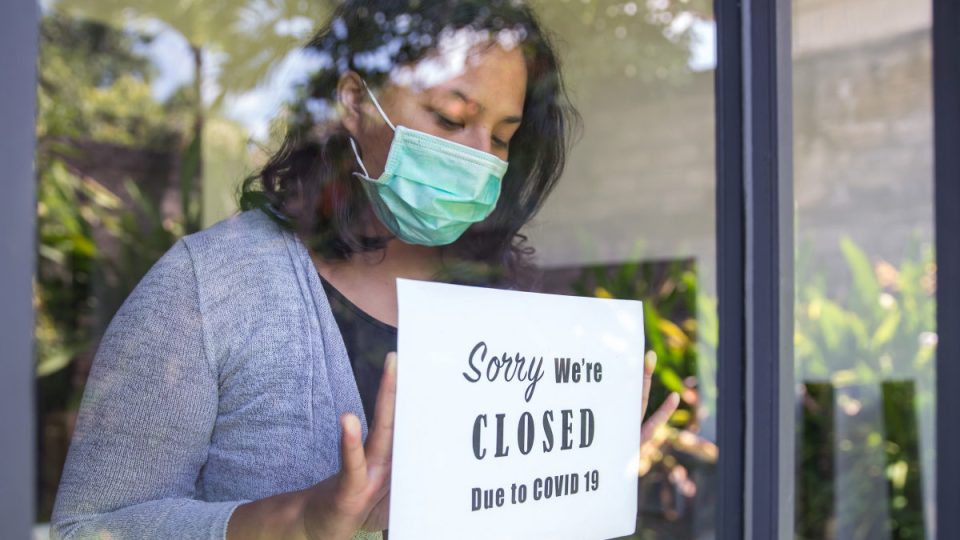 Doctors say elimination may be impossible, but masks and vaccines will help avoid 'lockdown lotto'.

The Delta strain of the coronavirus is so contagious it may not be possible to eliminate its spread in the community, an eminent epidemiologist says.

Greg Dore from the UNSW’s Kirby Institute says achieving zero community transmission is ideal but may not happen.

“I hope we do get back to zero transmission but it may not be feasible,” he told Sydney radio 2GB on Wednesday.

Greater Sydney was recording 30 to 40 cases a day of COVID-positive people who had been circulating in the community unwittingly infecting others.

“Even though we’re in lockdown … there are opportunities for those people to pass the virus on,” he said.

“No one in public health would be advocating for letting it rip … but the problem with the Delta variant is once you get transmission heading upward it can escalate very, very rapidly.”

As previously reported, Burnet Institute epidemiologist Mike Toole told The New Daily patience is wearing thin with lockdown, as many refuse to follow the rules.

“The University of Sydney found last week only 40 per cent of people were staying home,” Dr Toole said.

“They found it has to be 80 per cent compliance to get cases down to fewer than 10 a day.”

If Sydney doubled its rate of compliance to the 80 per cent threshold outlined in the university modelling, the city would still take until mid-August to drive daily new cases below 10.

“We are in the middle of winter and that’s the peak time for transmission of viruses of this kind, so we have just got to be a bit more clever and a bit more circumspect and be ready to do all the right things,” Dr Bartone said.

He said getting as many people vaccinated as soon as possible, as well as wearing masks as a norm, were key to avoiding more lockdowns.

“Vaccinations will seriously reduce the rate of both serious disease and hospitalisation,” he said.

“That’s been proven in many of the locations overseas. Yes, our transmissions and further cases of infections may occur even if you are vaccinated but the disease is seriously less of a challenge, less imposing than in the original situation.

“We are going to have to look at being clever getting ahead of the curve and we just can’t continue to play lockdown lotto.”

The importance of vaccinations has been echoed by Professor Dore, but he lamented that confidence in the “highly effective safe” AstraZeneca vaccine had been undermined.

“We will look back at that as one of the most baffling public health disasters,” he said.

Australia’s expert immunisation panel ATAGI recommends the Pfizer vaccine for people under 40 because of an extremely rare side effect, with people in that age group advised to speak with their GP if they want to get the AstraZeneca jab.

Zero transmission may not be possible: Professor