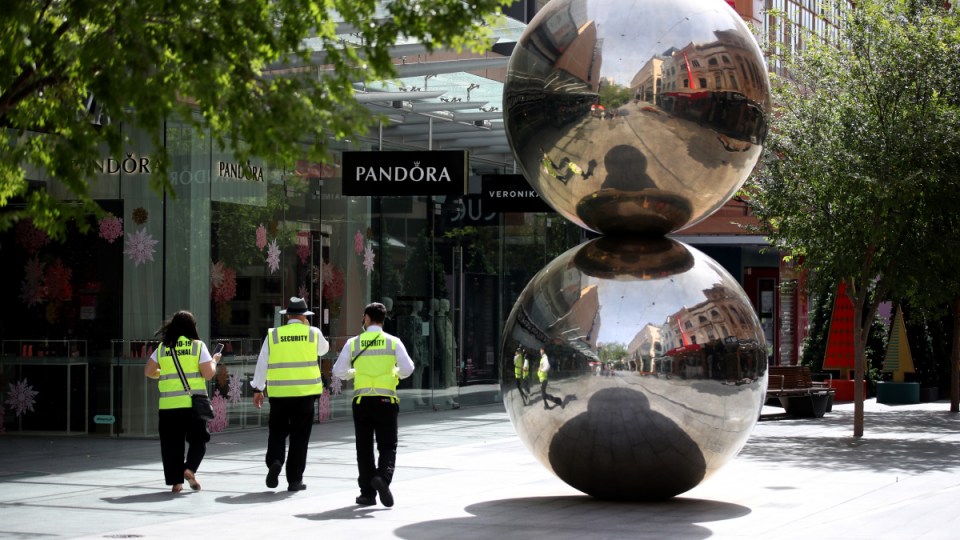 South Australia will enter a strict lockdown from Tuesday afternoon, after a cluster of local COVID-19 cases grew to five.

Health authorities have confirmed the latest cases involve the Delta variant of the disease.

They include an 81-year-old man who entered the country from Argentina, his daughter and another two men.

The fourth case, revealed on Tuesday, is a man who is a close contact of the elderly man and was already in quarantine.

The fifth – also revealed on Tuesday – is someone who dined at a restaurant in Adelaide where previously infected people were also present on Saturday night.

In an announcement on Tuesday morning, Premier Steven Marshall said the statewide lockdown would begin at 6pm. It is expected to last a week.

“We hate putting these restrictions in place but we believe we have one chance to get this right,” Mr Marshall said.

“We are moving as quickly as we can to slow and stop the spread of this cluster.

“We know these restrictions will take a heavy toll. But we’ve always had a situation where we go hard and we go early in South Australia.

During the lockdown, there will only five reasons to leave the home – essential care, essential work, to buy food and essential goods, for medical reasons and for limited exercise.

Getting tested for or vaccinated against COVID-19 are included in the acceptable reasons.

Children will learn from home, but teachers have been given 24 hours to prepare for the change.

The SA cluster began with the 81-year-old man who returned to the state after completing hotel quarantine in NSW.

As the number of cases and exposure sites continued to grow, Mr Marshall said more testing sites would open in Adelaide.

The outbreak has plunged thousands of people into quarantine with more than a dozen exposure sites, including at least four major shopping centres in Adelaide’s north and north-eastern suburbs already identified. The list was expected to grow further on Tuesday.

“We hope there will be no extension to the restrictions beyond Friday.”

NSW has confirmed 78 more local virus infections – as authorities confirm increasing testing is picking up many people who have the virus but no symptoms.

There were 63,000 COVID tests across NSW in the 24 hours to 8pm Monday, with Premier Gladys Berejiklian confirming a noticeable boost in the virus’ epicentre of Fairfield.

However, there is little improvement in the numbers of people who are infectious while in the community.

From Tuesday’s figures, at least 29 people were out and about for at least part of their infectious period. The isolation status of a further 12 remains under investigation.

Ms Berejiklian said the effort of the community was making a difference.

“We’ve stabilised the virus,” she said.

“We wouldn’t have thrown everything at it if we didn’t think we had a chance of crushing it and I know that if we all work together we can quash it.

“That 78 number would have been much, much higher had people not been doing the right thing.”

She described Tuesday’s COVID numbers as a “pleasing drop” – after four days with daily figures hovering around 100 – but said too much transmission of the virus was still happening in workplaces.

Under a current public health order, every NSW employer must require staff to work from home unless it is not possible.

Residents of Fairfield, Canterbury Bankstown and Liverpool cannot leave their local government areas unless they are an authorised worker. Fairfield residents who leave for work must be tested for the virus every three days, even if they do not have symptoms.