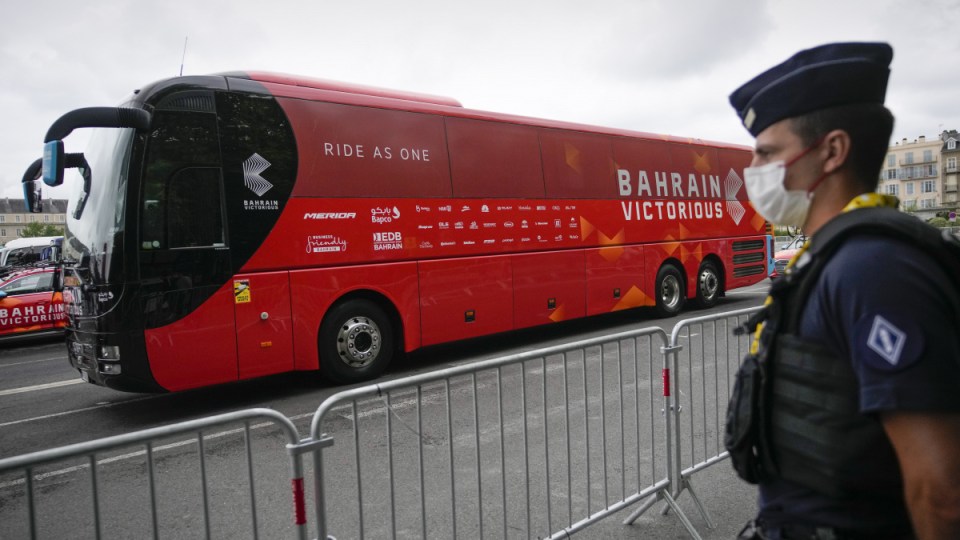 Australian rider Jack Haig’s team competing at the Tour de France was raided by French police on the eve of Thursday’s stage as part of a doping investigation, according to judicial and police officials.

Bahrain Victorious confirmed in a statement that riders’ rooms were searched by officers at the hotel it stayed in in the south-western city of Pau.

In a statement to The Associated Press, the Marseille prosecutor in charge of the case said a preliminary investigation targeting members of the team was opened on July 3 “for acquisition, transport, possession, import of a substance or method prohibited for use by an athlete without medical justification”.

About 25 officers from a special public health unit (OCLAESP) in charge of the case were involved in the search, according to police.

“Despite being unaware of the investigation reasons, the team was also requested to provide all training files which were compiled and presented to the officers as requested,” the team said.

“We were not given a warrant to read through, but the team complied with all the officers’ requests,” technical director Vladimir Miholjevic said.

“The process had impacted our riders recovery and meal planning, and as a professional team the wellbeing of our team is a key priority.”

Ahead of Thursday’s stage in the Pyrenees, Peio Bilbao of Spain is the the team’s top-placed rider in the general classification, lagging nearly 13 minutes behind Tour de France leader Tadej Pogacar.

Team leader Haig crashed out early in the race, breaking a collarbone.

The seven Bahrain Victorious riders remaining in the race have, however, been performing well since, posting two stage wins.

Slovenian Matej Mohoric earned his first stage win on the Tour following a long breakaway in Stage 7 and Dylan Teuns won in the Alps.

In addition, Wouter Poels holds the best climber’s polka-dot jersey ahead of Pogacar.