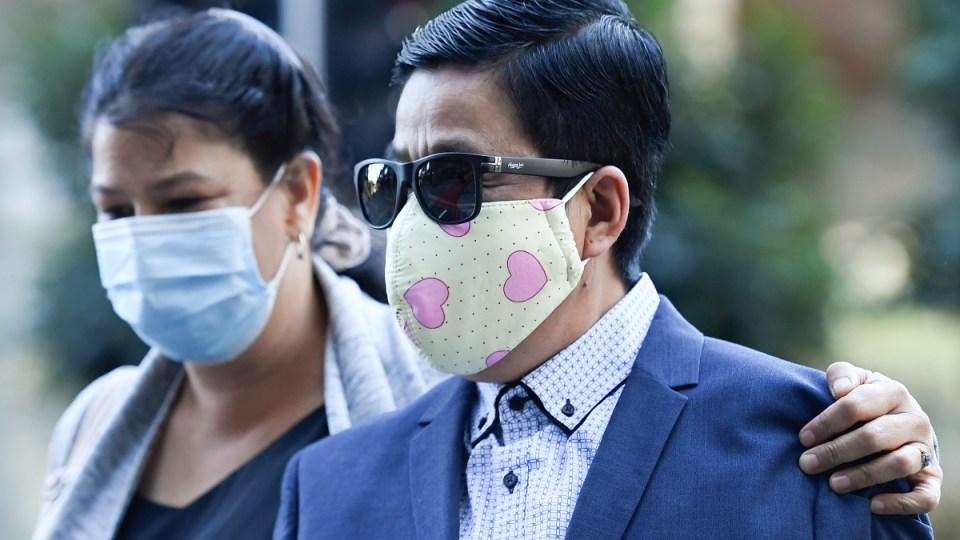 My Ut Trinh was accused of putting needles in strawberries and sparking a national contamination scare in 2018. Photo: AAP

A woman accused of sparking a national food safety panic when needles were found inside strawberries has had all charges against her dropped.

However, the start of the Brisbane District Court trial was delayed after two days of legal argument and Ms Trinh was told on Wednesday that prosecutors had dropped all charges.

“The prosecution have indicated that they will no longer proceed against you with these charges,” Justice Michael Byrne said.

“You are now discharged and you can leave the dock.”

Outside court Ms Trinh and supporters embraced and wiped away tears.

“Thank you. I don’t know how to talk. I no talk but I work my job nearly 20 years, I eat fruit every day,” she told AAP.

“I no work for almost three years.”

Supporters said Ms Trinh had been separated from the world for three years since being charged.

“She has been so hard done by, it has been horrific,” supporter Mark Ellis said.

“We are very happy with the outcome.

“This had taken a massive toll on her whole life. She has been too scared to go anywhere or do anything.

“It’s been incredibly hard for all of us. We never believe it, right from the start.”

Outside court, lawyer Nick Dore said Ms Trinh had been vindicated and begged for a chance at a normal life.

“To everyone who believed in her during this period, she wants to thank the barristers and to all the friends and family who for the last two-and-a-half years have been providing support to her and believing in her innocence,” Mr Dore said.

“She sees today as being a complete vindication.”

Mr Dore said dropping the charges was “the right decision” considering the evidence that was produced throughout the course of a “long and convoluted” prosecution.

Ms Trinh had worked at Berrylicious in her hometown of Caboolture, north of Brisbane, between September 2 and 7, 2018, when prosecutors previously alleged she inserted needles into the fruit.

She had been charged with seven counts of contamination of goods with intent to cause economic loss.

Growers were forced to destroy entire crops with financial losses estimated at about $160 million.

The first needle was discovered on September 9, 2018 when a man bit into a contaminated strawberry he bought at a supermarket.

As more needles were discovered around the country – with many believed to have been planted by copycats – strawberries were stripped from shelves.

Charges dropped against woman accused of putting needles in strawberries