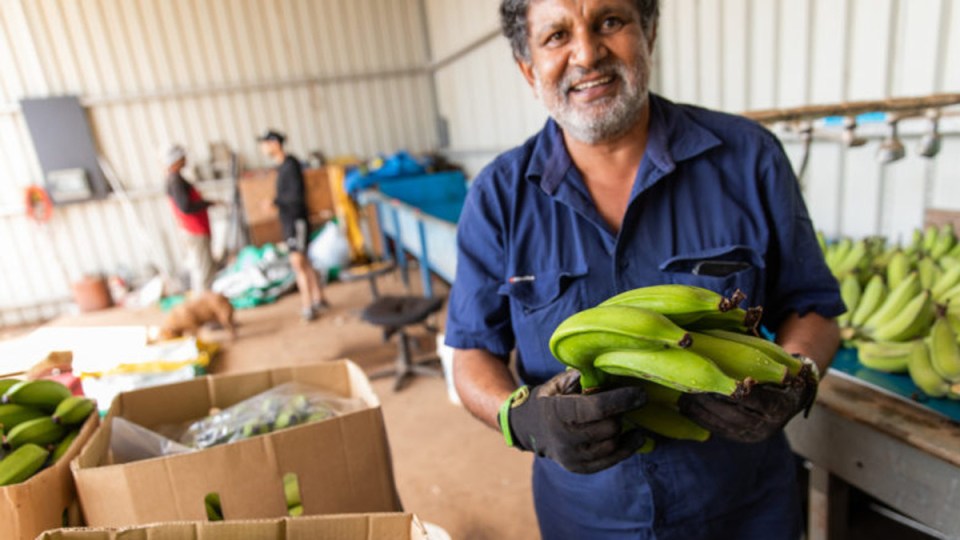 Farmers have howled down changes to piece rate pay for picking workers, arguing the costs of fruit and vegetables will skyrocket for consumers.

But supply chain experts say it is “unfair to place the blame” of increased prices on workers who want a liveable wage when supermarkets are gouging farmers and consumers alike.

The cost of food will be front and centre this week as the full bench of the Fair Work Commission meets to witness an application to force farms to pay the minimum casual pay of $25.41 an hour to pickers and packers.

Currently, workers can be remunerated based on the amount of fruit picked or vegetables harvested, with frequent reports of pickers earning as little as $2 per hour on piece rates.

In the lead up to this week’s hearing farmers have been vocal opponents of any changes to the award rate – with some arguing a floor in the minimum pay rate would be burdensome and result in an increase in prices for customers.

Dr Michael Callaghan, lecturer in ethics and sustainability at Deakin University, told The New Daily the horticultural industry’s inability to pay its labour force properly, showed the industry was “unsustainable”.

“When you look at the supply chain, where is the largest proportion of profit being made? The problem is not what wages are being paid, but the profit margins in the retail chain sector,” Dr Callaghan said.

Supermarkets are raking in profits of more than 200 per cent on some fruit and vegetables, and can afford to pay enough to cover a liveable wage for pickers, he said.

“For too long, the retail end of the market has been making massive profits but passing on costs to the consumer,” Dr Callaghan said.

“Primary producers need to look seriously at not making their profit from their employees, but taking care of them. That will make the industry stronger in the long run.”

Mike Wren, 51, hit the harvest trail in Western Australia last year for a country change from his marketing job.

He spent the summer picking apples on an hourly rate. Recently, he moved to citrus on a piece rate.

The difference between the two wages was stark.

“The turnover [of staff] was unbelievable. You were struggling to make minimum wage,” he said of work on the citrus farm.

“It’s not right. You’re trying to get people out there and working, but you need to be fair.”

Up up, prices are up

Senior industry analyst at IBISWorld Matthew Reeves said fruit and vegetable prices have risen over the past 10 years.

The impact of labour force issues on these rises was impossible to isolate, he said.

“There are drops in rainfall, crop health [and] weather events do play a significant role.”

It was a bit of “crystal ball gazing” to try and determine what effect changing the floor in the award could have on fruit and vegetables.

“The trend over the past decade has been rising and recent prices have been at a higher level,” Mr Reeves said.

“There’s been a labour shortage, but there have also been the issues with the impacts of floods, border closures, and (freight) between NSW, Victoria and other states. Those supply chain problems have played into it.”

On Tuesday, Australian Workers Union national secretary Daniel Walton kicked off the fight in the Fair Work Commission by slamming piece rates for exacerbating exploitation in the industry.

“Piece rates (make) it easy for vulnerable workers to be cheated, ripped off and exploited,” Mr Walton said.

“An hourly wage floor would make it much easier for a worker – even a disadvantaged, vulnerable worker – to know if she’s being ripped off.”

The union presented the commission with 2016 research published in the Journal of Industrial Relations that suggested the average piecework picker was paid just $11.69 an hour.

The National Farmers Federation said piece rates incentivised and awarded productivity, noting that almost half the industry uses them.

“Employment is the No.1 expense for many growers, at as much as 66 per cent of their operating costs, and any significant increase to that could see businesses fail,” NFF CEO Tony Mahar said.

He sought to separate the underpayment of workers with the piece rate structure, arguing that the worker exploitation in the industry is unrelated to the rate of pay.

“Employers who deliberately rip off workers must be held to account. The [federation] urges any farmworker who believes they have been deliberately underpaid to report their experience to the Fair Work Ombudsman.”

The hearing runs until Friday.