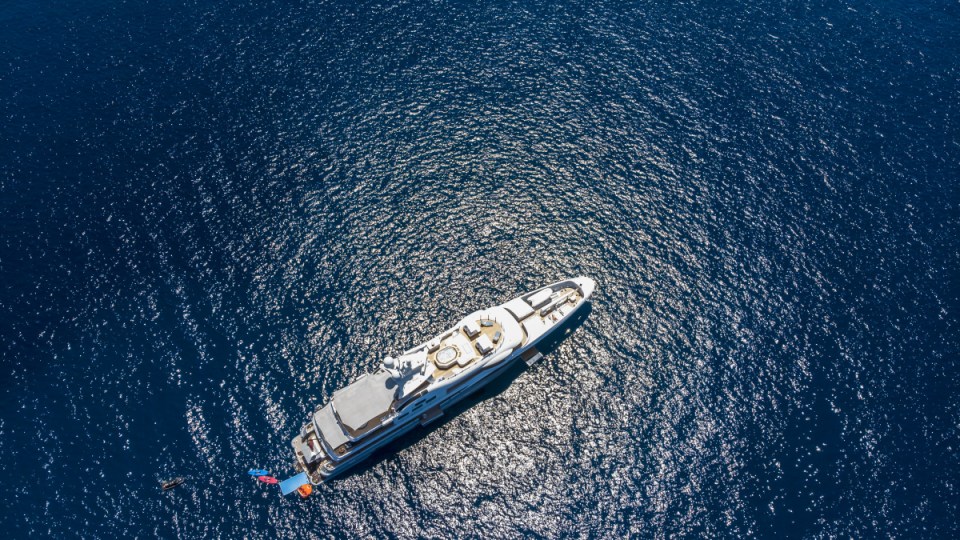 The men were caught days after they had entered Queensland. Photo: Getty

Four Sydney men have been slapped with heavy fines after travelling to Queensland by a superyacht to watch a rugby union Test match.

Queensland Police fined each of the men $4000 after discovering they had lied on their border declaration passes.

The group managed to escape locked-down Sydney on a 34-metre superyacht, which reportedly costs more than $18,000 a day to charter.

They docked at Southport marina on the Gold Coast on July 7 before sailing to Brisbane to watch the Australian Wallabies Test against France at Suncorp Stadium.

“It only takes one person to put us all at risk,” he said.

Queensland Water Police and Maritime Safety officers tracked down the group several days later and ordered them into 14-day hotel quarantine on the Gold Coast.

“Thankfully, they all tested negative to COVID-19 which is a great relief,” Maritime Safety Queensland general manager Angus Mitchell told the ABC.

He said the vessel was one of three that had illegally arrived in Queensland from greater Sydney in the past two weeks.

The other two were single-person yachts.

“A 68-year-old skipper was placed in government hotel quarantine and issued with a $4003 fine for failing to comply with a COVID-19 border direction, while another skipper was fined $4003 and turned around at the border,” Mr Mitchell said.

He warned Sydneysiders that no vessels would be able to slip into the state undetected.

“As of July 1, 2021, anyone who provides false or misleading information or breaches the directions can expect an on-the-spot fine of more than $4,000, a court-imposed penalty of up to $13,785 or six months imprisonment.”