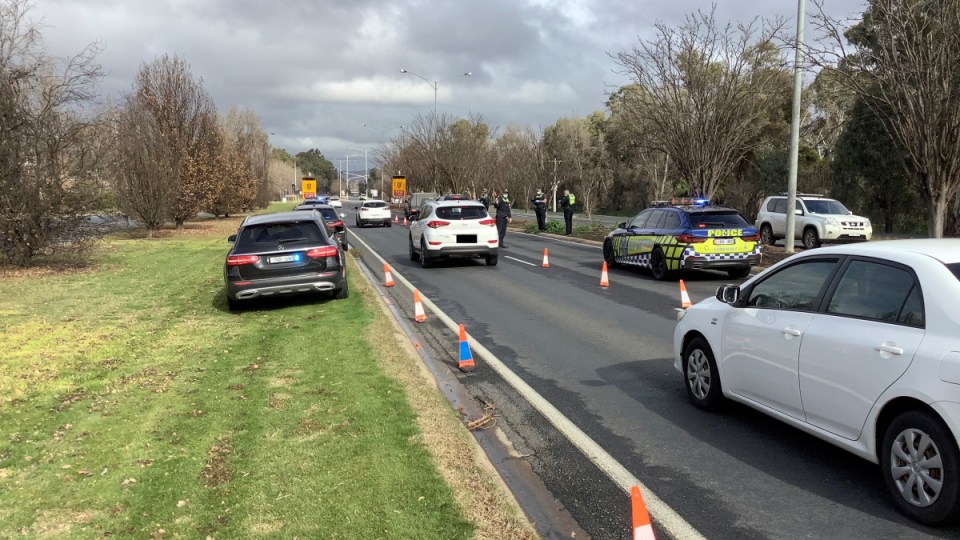 Victoria will tighten its border with NSW from midnight Tuesday. Photo: AAP

Victoria will close its borders to New South Wales and ACT residents from midnight on Sunday.

This means the state is effectively closed,  except for Victorian residents returning on a red zone permit for 14 days of quarantine, and for people with exemptions, exceptions or other valid permits, such as specified workers and cross-border residents.

Authorities have been urging Victorians to get out of Sydney and NSW for days as the state’s COVID-19 outbreak worsens.

The Acting Chief Health Officer has declared that all of New South Wales and the Australian Capital Territory will become a red zone under Victoria’s travel permit system at 11:59pm Sunday 11 July. See full statement: https://t.co/fDt1mkHQcX

Victorians are still able to return from Sydney and surrounding areas as well as regional NSW on red and orange border permits.

Those from red zones must isolate for 14 days upon their return, while orange zone arrivals are ordered to get tested and isolate until they return a negative result.

If you live in the NSW cross-border area, you can enter Victoria without a permit but you must travel with proof of address. Conditions apply.

If you aren’t a Victorian resident, you cannot enter Victoria from a red zone without an exception, exemption or other valid permit.

⚠️ Update on Vic/NSW border: ⚠️
All of New South Wales and the ACT will become a red zone under Victoria’s travel permit system at 11:59pm tonight. #covid19vic

“We do not want this virus here in our state,” Mr Andrews told reporters.

“I would say to all of those Victorians who are in Sydney and in NSW more broadly, if you’re coming home then you better be quick about it.

“Many warnings were given about exactly this sort of outcome.”

Mr Andrews hopes the Australian Health Protection Principal Committee will adopt a nationally consistent approach to borders with Sydney and the rest of NSW.

But he said Victoria would act independently to classify regional NSW as red zones if deemed necessary.

“I won’t hesitate to do it,” Mr Andrews said.

“We don’t support it at a Commonwealth level,” he told reporters in Canberra.

“It’s not an easy thing to do to close the border with NSW. There are many, many places that people can cross that border so I’m sure it will be a decision not taken lightly.”

Victoria recorded its 11th day in a row without a local case of COVID-19 on Sunday, as well as no new infections in hotel quarantine.

Some 23,300 tests were processed in the 24 hours to Sunday morning, while almost 13,000 Victorians received a vaccine dose at one of the state-run hubs.

‘Better be quick’: Victoria closes its border to NSW and ACT residents from midnight on Sunday