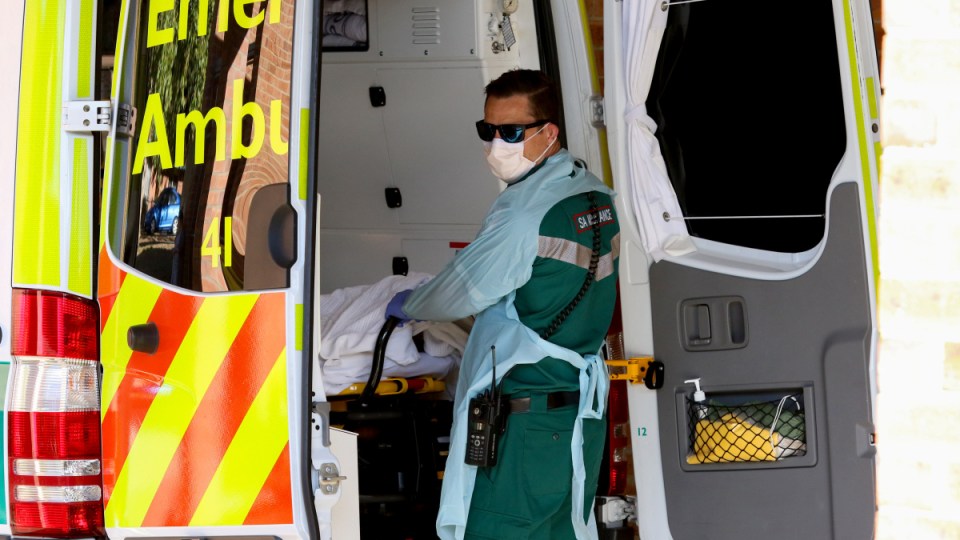 The COVID pandemic that has stretched health services 'most likely' broke out in a market in Wuhan. Photo: AAP

An Australian-led team of eminent biologists has backed up the theory COVID-19 probably originated from animal-to-human transmission via a Wuhan market, rather than the Chinese city’s virus research lab.

A critical review paper into the origins of SARS-CoV-2, the disease that causes COVID-19, has concluded it is most likely of zoonotic origin – jumping from an animal to a human.

The review was released on Thursday as a preprint, which means it is not yet peer reviewed.

The team, led by the University of Sydney’s Edward Holmes and University of Edinburgh’s Andrew Rambaut, weighed up COVID-19’s two main origin theories: A laboratory-escape scenario and zoonotic emergence.

They found there was a “substantial body of scientific evidence” to support a zoonotic origin.

Emergence via a laboratory accident at the Wuhan Institute of Virology (WIV) “cannot be entirely dismissed”, but Professor Holmes and his fellow authors said there was no proof.

“There is no evidence that any early cases had any connection to the WIV, in contrast to the clear epidemiological links to animal markets in Wuhan, nor evidence that the WIV possessed or worked on a progenitor of SARS-CoV-2 prior to the pandemic,” the report reads.

“The suspicion that SARS-CoV-2 might have a laboratory origin stems from the coincidence that it was first detected in a city that houses a major virological laboratory that studies coronaviruses.

“The laboratory escapes documented to date have almost exclusively involved viruses brought into laboratories specifically because of their known human infectivity.”

Wuhan’s link to COVID-19, it said, reflects how pathogens often require heavily populated areas to take hold, noting the central Chinese city is a “major hub for travel and commerce” domestically and internationally.

The report said the documented epidemiological history of COVID-19 was “comparable to previous animal market-associated outbreaks of coronaviruses with a simple route for human exposure”.

“The contact tracing of SARS-CoV-2 to markets in Wuhan exhibits striking similarities to the early spread of SARS-CoV to markets in Guangdong, where humans infected early in the epidemic lived near or worked in animal markets,” the authors wrote.

The report notes viruses closely related to SARS-CoV-2 have been documented in bats and pangolins in parts of Asia including China, Thailand, Cambodia and Japan.

But there is a “significant” gap between SARS-CoV-2 and the closest related animal viruses, with their genomic distances of about 1150 mutations equating to decades of evolutionary divergence.

“Although no bat reservoir nor intermediate animal host for SARS-CoV-2 has been identified to date, initial cross-species transmission events are very likely to go undetected,” the report said.

The team of 21 eminent scientists from universities and research institutes across the globe warns the highly improbable lab origin theory is a distraction from comprehensively investigating the zoonotic origin.

Without shifting focus, they argue the world is “vulnerable to future pandemics arising from the same human activities that have repeatedly put us on a collision course with novel viruses”.