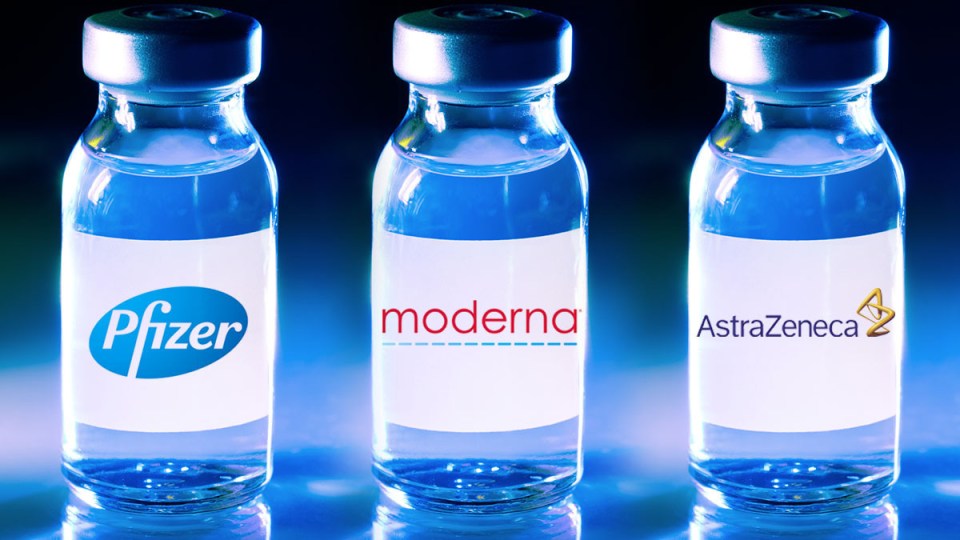 Vaccine choice could be offered later in the year

Australians may get to choose which COVID vaccine they want to take – Pfizer, Moderna, AstraZeneca or Novavax – in coming months, as the federal government plans yet another overhaul of the slower-than-expected vaccination rollout.

Offices and workplaces could also offer COVID jabs in-house, in a similar vein to annual flu shots, or other incentives to turbo-charge the vaccine plan.

“All of these things are on the table,” Lieutenant-General John Frewen, head of the government’s COVID vaccine taskforce, said on Tuesday.

Lieutenant-General Frewen, a career army officer, was brought on recently in a bid to speed up the rollout.

He held so-called “war game” planning sessions with state government health experts on Tuesday, tossing around ideas to get more jabs into arms and lift Australia off the bottom of the OECD table for vaccination figures.

The federal government has come under fire again this week as stats show the majority of aged-care workers have not yet been vaccinated, despite being in the highest-priority Phase 1a of the rollout.

Peak healthcare and union bodies have pleaded with the government to provide more structural support, such as in-home vaccine appointments or paid days off for workers, to boost take-up.

Among the issues discussed were proposals to bring medical students and pharmacists into the rollout to help deliver more vaccines, and offering the chance for employers to run COVID clinics as they host flu vaccine appointments each winter.

“Many of these industries already do annual flu vaccinations. So I think there’s a couple of attractions to their ability to do workplace vaccinations when it comes to COVID as well,” Lieutenant-General Frewen said in Canberra.

“They’re used to vaccinating their workforce.”

Earlier in the day, he had flagged reiterated the government’s long-running promise to offer Pfizer vaccines to the whole Australian population in the final quarter of 2021.

It could take until October for under-40s, who are still not eligible for a jab, to be offered one.

But that milestone is tied to the delivery of tens of millions of mRNA vaccines, due between September and December. That’s when up to 30 million Pfizer doses, and another 10 million of Moderna, are expected to arrive.

Australia also has orders for 51 million Novavax vaccine doses, expected to arrive in “the last quarter”, according to Health Minister Greg Hunt on Monday.

However, that vaccine has encountered production delays in Europe.

Once these vast masses of vaccines arrive toward the end of 2021, Lieutenant-General Frewen said, Australians might get a “choice” of which vaccine they want – not simply being mostly obligated to get Pfizer if they are under 60, or AstraZeneca if over 60.

“Right now, because we have limited supplies of Pfizer and we have to prioritise that, later in the year we can offer more choice around which vaccines can be chosen by individuals,” he said.

“Because of supply issues, we’re prioritising Pfizer for certain age groups, and we’re offering choice for those below 40. If they wish to take up AstraZeneca now, they can, under informed consent.”

“When we have supplies of both, we offer choice to individuals.”

Moderna, a world-leading mRNA vaccine produced in the US, was announced as the first step of Australia’s “booster” strategy, to be given after someone has had two shots of another vaccine first.

Lieutenant-General Frewen said his taskforce “haven’t formed an opinion” yet on whether Moderna would be offered as ‘first doses’ to Australians, or saved for boosters.

“There might be some logistical reasons why we prioritise that into certain sort of distribution pathways. I don’t have a firm opinion on that,” he told TND.

Previously, Mr Hunt had said Moderna would be delivered through regional and rural pharmacies and GPs.

Lieutenant-General Frewen said he would meeting treasury and business leaders on Wednesday, to further map out ways for industry to help deliver vaccines.

That could include workplace vaccinations, or certain businesses hosting vaccination centres, he said. Those might also not begin until later in the year.

“Business and industry have been very keen to be actively engaged in the rollout and many of them have already been doing things in this space. But what tomorrow we hope to have is, a national level discussion about where we see industry fitting in to the rollout going forward,” he said.

“I’ll be having a conversation with them around incentives maybe later in the program when we’re trying to move portions of the population towards getting vaccinated.”

Choice of vaccines to be offered in coming months, as office jabs planned