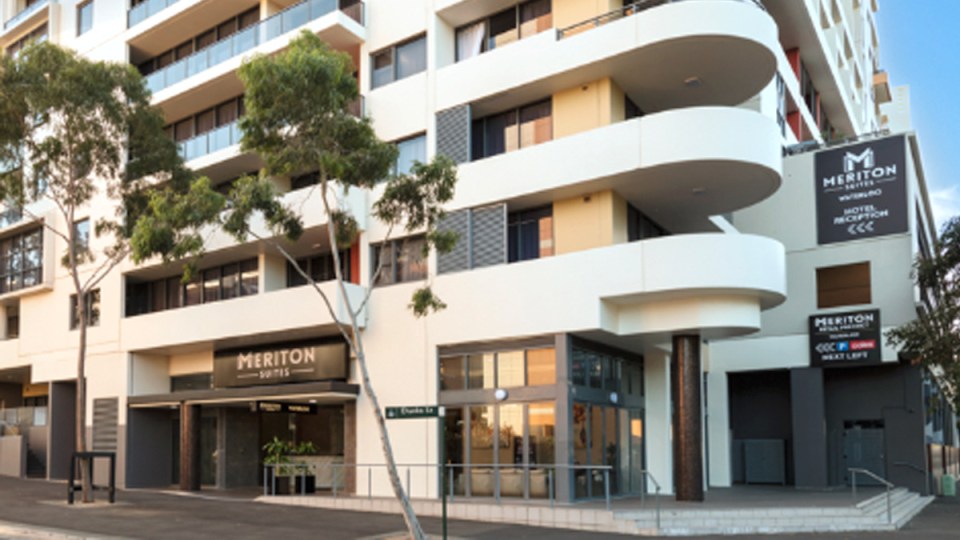 Parents are unsure if kids will return to schools next Monday. Photo: Supplied

Sydney-siders face days of uncertainty as authorities refuse to confirm if their lockdown will end this week as planned.

With cases in the state’s outbreaks spiking to 35 on Monday and emerging fears of a new super-spreader event at a party in inner-Sydney.

With the start of term three just one week away, it’s unclear whether parents will be balancing working-from-home with home-schooling when the holidays end.

Chief health officer Dr Kerry Chant refused to be drawn on whether the lockdown would end on Friday as planned.

“I’m making no comment until I’ve looked at all the data,” Dr Chant said.

“Every day brings a new set of data and a new set of challenges and what we think in the morning can change in the afternoon.”

NSW health has urged anyone – including guests, staff and contractors – who attended the Meriton Suites hotel in Waterloo between 7pm June 26 and 8am July 5 to get tested and isolate immediately.

The party has been linked to a possible super-spreader event, with three cases already linked to the gathering and more expected.

Stay-at-home orders introduced at 11.59pm on June 26 were set to remain in place until July 9. Term three starts on Monday July 12.

But there are now fears the restrictions will be extended past the initial 14 day period as the virus continues to spread within the community.

Dr Chant said a definitive answer on when children could return to face-to-face learning was “for another time”.

“I will provide my advice through the government processes but we have worked hand in glove with education right throughout this, we have engaged also with the independent and Catholic sectors and we will be keeping them updated.”

Premier Gladys Berejiklian congratulated locals for “doing the right thing”, but also scolded those who have been breaking the rules.

“Unfortunately, having a party when you’re not supposed to have a party is not doing the right thing,” Ms Berejiklian said.

She said health authorities were currently compiling data on the current lockdown and would soon be ready to provide advice to government on the way forward.

She reiterated her view that this week was “critical” for the course of the outbreak.

“The lockdown certainly has been effective in not doubling and tripling the figures that we were worried about,” she said.

“My colleagues and I have started planning for various contingencies and we are looking forward to receiving the health advice in the next few days.”

“We know… that some of the cases today are a result of issues or result of incidents where people have done the wrong thing. I do implore everybody to keep at it.”

The state confirmed an additional 35 locally acquired cases of COVID-19 on Monday, with 11 of those out in the community during part or all of their infectious period.

There have been 312 locally acquired cases detected in the state since  the Bondi cluster began, with a limousine driver testing positive on June 16.

As of Monday, there were 238 cases directly linked to that cluster, as well as 54 linked to other known cases in the outbreak, and 20 mystery cases still under investigation.

Dr Chant was “really pleased” with an uptick in testing numbers, with 58,373 residents doing their part to assist contact tracing and curb the spread in a 24 hour period.

“That really does provide us with a lot more confidence in advising government,” she said.

“So we need to make those links that have happened over the weekend, reassess and reanalyse the data and that will be our focus today but as I said, the situation can change.

Among the new cases on Monday were two more residents at SummitCare aged home in northwest Sydney.

Both were women in their 70s and one was unvaccinated. Five residents have now tested positive to COVID,  four of them fully vaccinated.

There were also five new cases connected to flight VA524 from Gold Coast to Sydney, on which an infected air crew member worked, and a student at Rose Bay Public School in Sydney’s east has been diagnosed with the virus.

NSW Health has issued another ten COVID alerts for venues across Sydney including a Coles in Maroubra and a Woolworths in Hillsdale, both in Sydney’s east, as well as construction sites in Auburn and Toongabbie.

He has been added to the list a day after NSW Police issued Paul Vaughan, his partner and 11 other players with $1000 fines for a Saturday night party at Vaughan’s home.

Several other senior players were caught up in the incident, including Josh McGuire, Jack Bird, Matt Dufty and Corey Norman.

The 30-year-old is only four games back from missing two-and-a-half years of football as part of the NRL’s no-fault stand-down policy while fighting sexual assault charges.

His case was subsequently dropped after two hung juries, with de Belin able to resume his NRL career.

He and the other players could now face more time out, with the NRL having come down hard on players who break the biosecurity bubble.