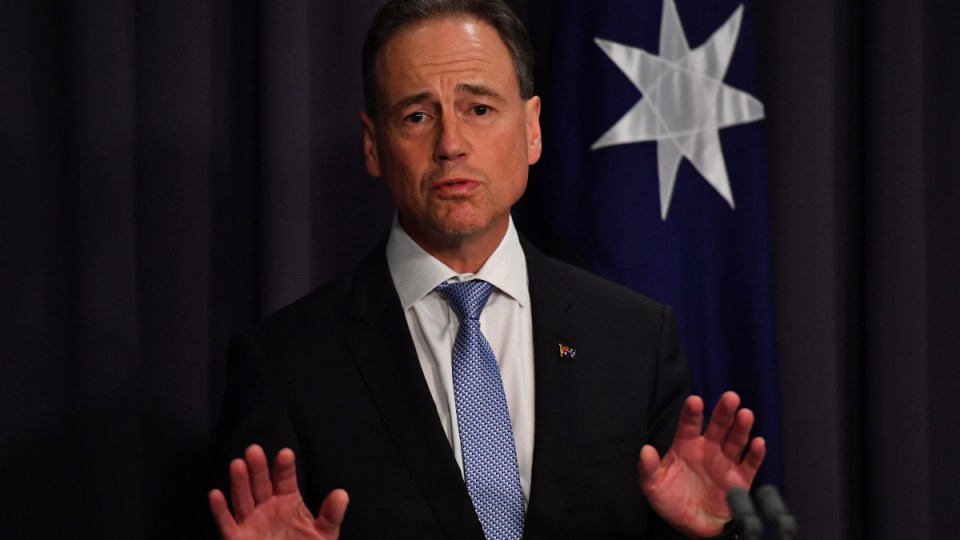 Health Minister Greg Hunt has slammed anti-vaxxers for “undermining confidence” in COVID shots, as dozens swarmed the offices of Coalition MPs to protest at laws mandating jabs for aged-care workers.

It comes as two more aged-care residents tested positive to the virus in a Sydney nursing home, amid calls for federal and state governments to do more in helping vaccinate staff.

“We’re seeing strong confidence in Australia and I would encourage everyone to have confidence in vaccination. It’s a pretty simple equation. Vaccination for COVID can save your life,” Mr Hunt said bluntly, as he condemned anti-vaxxer groups.

As revealed by The New Daily, some of those groups – with memberships in the tens of thousands – were encouraging aged-care staff to strike on Monday. It followed last week’s national cabinet decision to require workers in residential facilities to be vaccinated by September.

Despite encouraging their followers to distribute flyers at aged-care homes at the weekend, there were no reports of large protests or strike activity. However, a sizeable crowd gathered outside the office of Liberal MP Russell Broadbent, member for the Melbourne seat of Monash, on Monday morning, after being encouraged by one prominent anti-lockdown group in Victoria.

The New Daily has chosen not to name the group, which has more than 70,000 followers on various social media channels.

Bearing placards and spouting debunked conspiracy theories about vaccines, dozens of people gathered for speeches outside Mr Broadbent’s electorate office. Speakers used an amplified PA system, blocking the door to the building, before about a dozen entered the office to speak to Mr Broadbent directly.

Video of the event, posted by the group on social media, showed the Liberal MP, wearing a face mask and listening patiently to the group, but gently downplaying their concerns. Some of the group claimed to be aged care workers, upset about the mandatory vaccine rules.

Medical groups, however, have praised the aged-care vaccination move.

Hundreds of elderly Australians have died of COVID in care facilities, with outbreaks in homes posing major risks for residents and concerns for government.

“It’s still everyone’s choice if they want to take the vaccine. It’s still a free country,” Mr Broadbent said, in one of the videos posted online.

“Let me outrightly condemn the anti-vaxxers in Australia,” Mr Hunt said, after questions from TND about the protest activity.

“I had them protest outside my office on different occasions. But the real damage they do is by spreading falsehoods and undermining people’s confidence.”

Mr Hunt praised Australians as “great vaccinators” and having childhood vaccination rates among “the highest in the world”.

“If you catch COVID, you can die. And vaccination is your best protection against that,” he said.

On Monday, he said Australia hit 8.25 million COVID vaccine doses, made up of 6.34 million first doses and 1.9 million second doses. That means about 30 per cent of Australia’s eligible adult population, of about 20 million, has had a first dose and 9 per cent have been fully vaccinated.

Mr Hunt also shrugged off the criticism from Queensland, saying that states and the Commonwealth mostly “just work constructively”.

“I understand there will be voices or opinions from different time. Our goal is really simple,” he said.

“To ensure as many people are vaccinated as early as possible.”