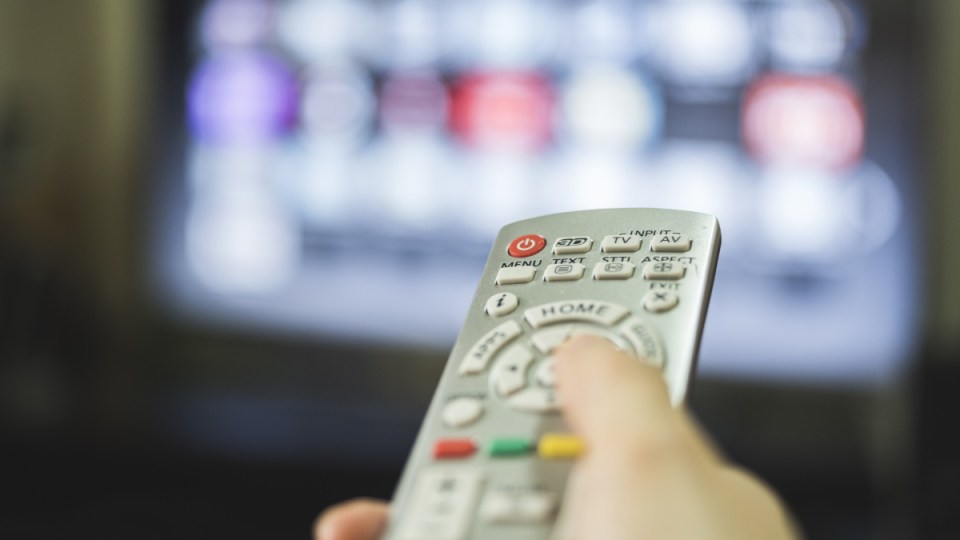 Advertisements showing a man urinating on a building, a woman using the word “bloody”, and allegedly sexist depictions of men have angered television viewers most this year.

This week the nation’s advertising regulation body Ad Standards revealed the TV ads that attracted the most official complaints.

At the top was an offering from Crazy Domains – topping the list with no less than 283 incensed viewers.

The 30-second ad shows a man urinating on a building. The tag line is: “The real world sucks for business. You’re better off online.”

If you care to watch it yourself, go ahead.

“I think this is disgusting. The ad plays at breakfast time and dinner time,” one complainant said.

The Australian Association of National Advertisers (AANA) found it contained “illegal and unhygienic” behaviour, with the panel noting that “public urination is an offence in all states and territories of Australia”.

It was removed from free-to-air television.

Aussie Broadband stirred up 74 complaints, securing it second place in the list.

Viewers didn’t like the less-than-polite language, voicing their displeasure at the use of the words ‘bloody’ and ‘freakin’.

One person also took issue that the male was made to look like a “halfwit” in front of his female neighbour.

“If the roles were reversed I have no doubt whatsoever that there would be every feminist outrage in the country complaining about role modelling and the unfairness of a female depicted in this offensive manner,” they said.

The complaints were dismissed and the ad remains on telly.

Bad language was also the reason No.3 made the list: It’s an ad from South Australia Police, proving even the law can misjudge public taste.

The road safety awareness ad depicts a young man reflecting on his drink-driving. He labels himself a “selfish prick”.

“This is a vulgar word which, by using it in an ad, can now be perceived as being a term that can be used in public,” one viewer complained.

Complaints were also levelled at an ad from eHarmony, for showing same-sex couples kissing, and one from NRMA Insurance that showed children saving trees marked for removal because they are home to koalas.

One viewer said the ad was “promoting children [sic] to commit acts of environmental [sic] terrorism”.

And, unsurprisingly these complaints were dismissed.

Two ads were also pulled from Volvo and Kia for depicting unsafe driving.

Dr Lauren Rosewarne, an associate professor in public policy, social and political sciences from the University of Melbourne, said even if the complaints are upheld, the process is “largely meaningless”.

“The nature of the review process is that even if ads get hundreds of complaints, they get to air until an Ad Standards board hearing occurs, which means that by the time an outcome is reached the commercial has often already done its work,” Dr Rosewarne said.

Historically, complaints around safety like dangerous driving are easy to uphold because there are clear rules and those relating to language, sexuality or objectification are dismissed because they are more subjective.

“The advertising standards board adjudicates complaints based on the idea of “community standards” [so] whether an ad is or isn’t in line with how the general public feel,” she said.

“While hundreds of complaints may seem like a lot, in a country with a population of 25 million, its erroneous to think that a couple of hundred people offended enough to complain about an ad reflect the views of the whole country.”

Peter Dutton touted as next Liberal leader as he claimed victory in Dickson
‘The urgency of the situation’: WHO steps in as monkeypox cases erupt around the world
Volodymyr Zelensky: How war will end as Ukraine ‘breaks backbone’ of Russian army
Jim Chalmers decries Coalition waste as Labor hits the hustings amid downpours in Queensland
Anthony Albanese, Scott Morrison cast their votes in Sydney
Australian aces at French Open out to show there’s life after Ash Barty
Battery boom could add billions to Australia’s economy and solve grid crisis
Today's Stories

‘This is disgusting’: Australia’s most complained about TV ads this year