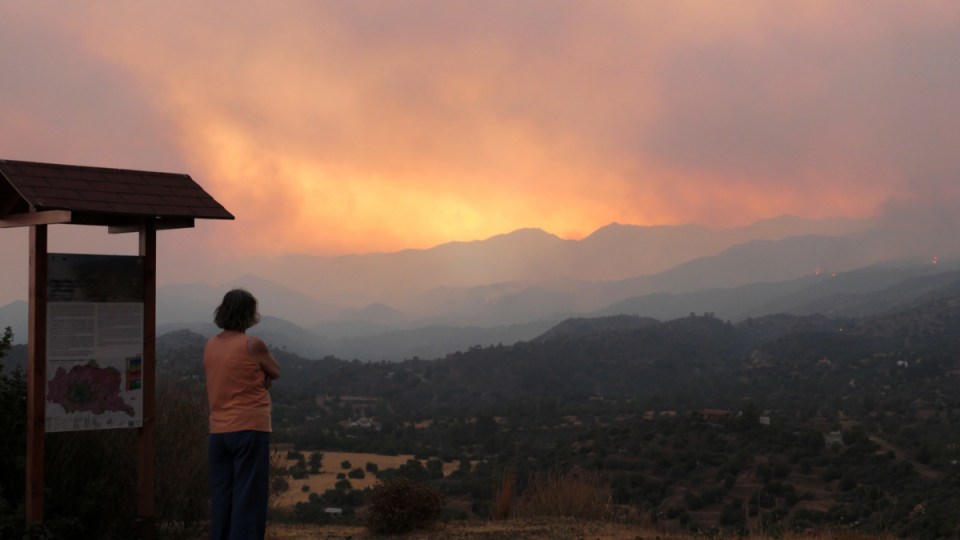 Four people were found dead as a fire raged in forest and densely vegetated foothills in Cyprus. Photo: EPA

Four people have been found dead as a huge fire raged for a second day in Cyprus, razing tracts of forest in a blaze one official called the worst on record.

The blaze, fanned by strong winds, affected at least 10 communities over an area of 50 square kilometres in the foothills of the Troodos mountain range, an area of pine forest and densely vegetated shrubland.

The victims, thought to be Egyptian nationals, were found dead close to the community of Odou, a mountainous community north of the cities of Limassol and Larnaca.

“All indications point to it being the four persons who were missing since yesterday,” Interior Minister Nicos Nouris said.

The EU’s executive, the European Commission, said firefighting planes had departed from Greece to battle the fire and Italy was also planning to deploy aerial firefighters.

The EU’s emergency Copernicus satellite was also activated to provide damage assessment maps of the affected areas, the Commission said in a statement.

“It is the worst forest fire in the history of Cyprus,” Forestries Department Director Charalambos Alexandrou told Cyprus’s Omega TV.

Attempts were being made to prevent the blaze from crossing the mountains and stop it before reaching Machairas, a pine forestland and one of the highest peaks in Cyprus.

The cause of the fire, which started around midday on Saturday, was unclear.

Police said they were questioning a 67-year-old person in connection with the blaze.