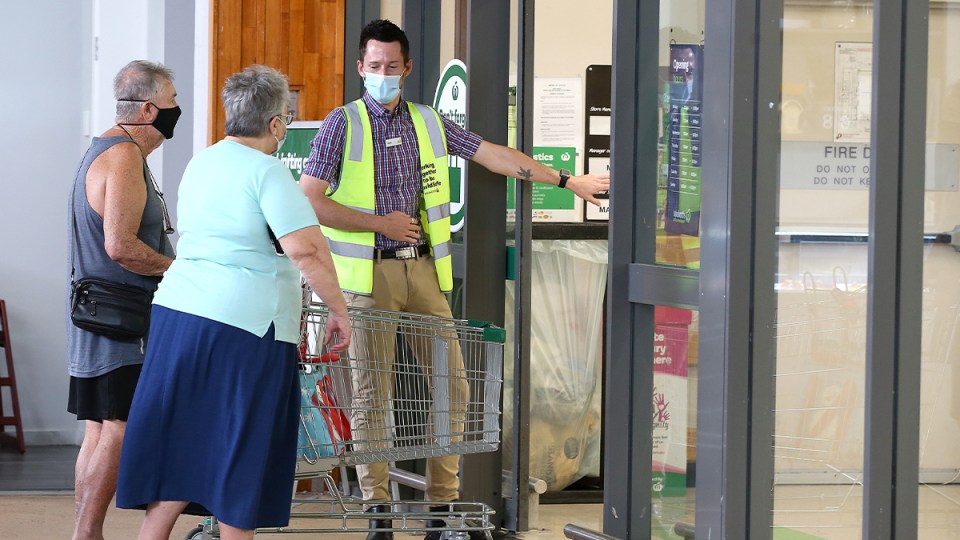 Woolworths and Coles have already been offering QR codes, but it will soon become mandatory. Photo: Getty

Supermarket giants like Coles and Woolworths – along with standard workplaces – will now have to enforce mandatory QR code check-ins, as part of sweeping changes across Australia.

States are desperate to try and track the movement of the fast-moving Delta strain that’s plunged millions of Australians into lockdown.

A locked-down New South Wales will impose compulsory check-in rules across the state from early July, with Tasmania following suit on Wednesday afternoon.

Premier Gladys Berejiklian said the additional measure would be introduced to ensure the state is prepared to emerge from lockdown and is “completely covered” to trace the more infectious variant.

Mandatory use of QR code check-ins will apply to the following NSW businesses from July 12:

Hospitality venues will also be required to check in every visitor including those picking up takeaway, and delivery drivers.

While many large retailers have already been offering QR codes and sign-in sheets, there are concerns smaller businesses and shops that have been closed during lockdown may have been less stringent.

“(The Delta strain) moves at lightning pace, so we need to adjust our circumstances accordingly.

“There is no excuse not to check-in everywhere you can.”

He said he had already put several large retailers on notice to start displaying QR codes as soon as possible.

“I’ve already spoken to the major retailers and supermarkets and expressed my clear indication that I expect them to put that system in place as a matter of urgency,” he said.

Everyone will need to have their smartphone at the ready to scan a QR code upon arrival in most settings across the state.

The changes mirror rules introduced in Victoria several weeks ago amid a state-wide lockdown.

It comes as SA Premier Steven Marshall also encouraged residents to use QR codes, get vaccinated and observe social distancing after five new cases of COVID-19 were confirmed on Wednesday.

“We can see the consequences of getting this wrong. We don’t want a lockdown in South Australia,” Mr Marshall said.

Amid reports of panic buying across SA supermarkets, the premier said there was no need for such action.

QR codes have already become mandatory for all venues in Queensland, including when picking up takeaway food.

He said the Check In TAS app will become compulsory for anyone visiting outlet stores, shopping centres and major supermarkets.

Australian Retail Association CEO Paul Zahra said retailers welcome the use of QR codes and had already successfully navigated uptake in other states and territories.

But he highlighted the need for authorities to support shop owners and workers in enforcing the rules, as non-compliance can come with its own set of challenges.

“QR codes are recognised as a valuable means of protecting retailers and their customers in the unfortunate instance of COVID outbreaks and many retailers have embraced these proactively, ahead of today’s mandate,” Mr Zahra said.

“The key ongoing challenge for retailers in this area is around enforcement, which is a matter for the appropriate authorities and not something that can be taken on by retail staff themselves.”

Mr Zahra said customer aggression has been a problem faced by retail staff since the beginning of the pandemic and has been exacerbated whenever new rules come into force.

“Successful QR code compliance within a retail setting is a three-way responsibility. Government must enforce, businesses must play their part in encouraging use and customer compliance is paramount,” he said.