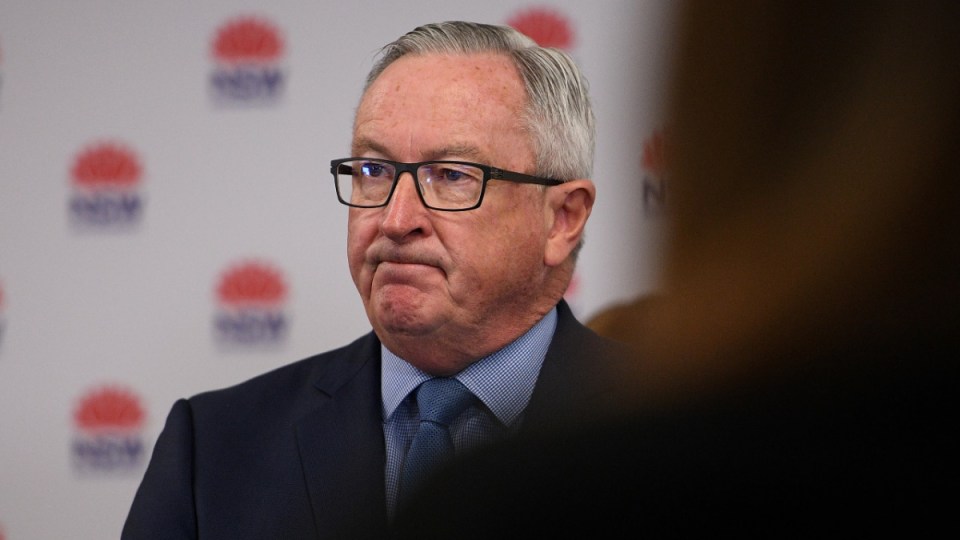 The highly contagious Delta strain of COVID-19 infected everyone who attended a Sydney birthday party except for the six people who were vaccinated, the NSW government said.

The West Hoxton party – described as a “super spreader” event – has become one of the most significant transmission events in the NSW breakout with 24 of the 30 attendees, and many of their household contacts, all testing positive for COVID-19.

The virus would have had a near 100 per cent transmission rate were it not for six people who attended the party who had already received a jab.

“To emphasise just how important vaccinations are … not one of those 24 people were vaccinated,” NSW Health Minister Brad Hazzard said on Monday.

“I can also advise that six health workers who attended the party, who were fully vaccinated, not one of those people has been infected.”

Mr Hazzard said there was also an aged care worker at the event who received their first dose who also did not contract the virus.

“Obviously, it’s an unfolding situation … but the early and strong indication from that party are if you’re vaccinated you are much more likely to not be infected with COVID-19.

“Short message is, get vaccinated.”

The premier said vaccinations had been “holding up very well” against this variant despite the state recording 130 cases since June 16.

“What we do know is that the vaccine is effective in preventing people from acquiring serious illness,” Ms Berejiklian said.

People who are vaccinated are still subjected to lockdown orders, with the Premier stating getting the jab “doesn’t mean you won’t get it or won’t pass it on”.

Ms Bereijklian rebuked suggestions of widespread vaccine hesitancy in NSW, pointing to huge numbers of people registering their interest to get their first dose.

For this reason, the premier declined to provide “incentives” like in the United States where private businesses and governments offer free beer and events to the vaccinated.

“Until we have enough vaccines for everybody who wants a vaccine to take it, it is not fair to have incentives,” she said.

“A lot of people want the vaccine but they don’t have access to it yet.”

The premier said more doses would be made available in “the next few weeks”.

NSW Health administered 10,652 COVID-19 vaccines in the 24 hours to 8pm on Sunday night, including 5540 at the mass vaccination centre at Sydney Olympic Park.