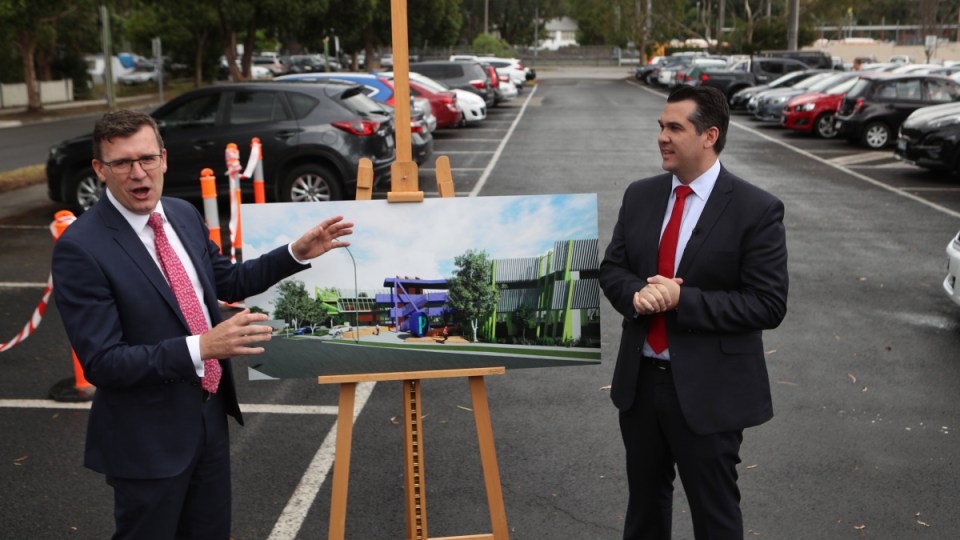 The Auditor-General has blasted another federal government grants program, criticising a car park construction fund that heavily favoured Coalition-held seats, and ignored the areas of most need.

It has been revealed more than half of the grants were chosen the day before the government hit caretaker mode in the 2019 election, and more than three-quarters of the projects were mooted for Coalition-held seats.

Labor has already branded the latest scandal “car park rorts”, with the Auditor-General finding that 10 projects under the commuter car park fund weren’t even attached to train stations.

The Opposition is demanding Prime Minister Scott Morrison explain the program, and that minister Alan Tudge resign, claiming it is “sports rorts on steroids”.

“The department’s approach to identifying and selecting commuter car park projects for funding commitment was not appropriate. It was not designed to be open or transparent,” the Australian National Audit Office said in its latest scathing report.

Sitting inside the $4.8 billion Urban Congestion Fund, the car parks program was meant to – according to the department’s website – “encourage greater use of public transport”.

As of March 2021, the government had announced 44 projects across 47 sites.

But the ANAO report ruled that zero per cent of those projects had actually been proposed by the department, critical that the selection was “limited in coverage and was not demonstrably merit based”, and that they appeared to have been mostly chosen after either “a written request from ministers” or as election promises in the 2019 campaign.

Beyond merely “canvassing” the ideas of local Coalition MPs or candidates for certain seats, there was only “limited engagement” with “some states” and “some councils”, the report found.

The Auditor-General also noted that 64 per cent of projects were in Melbourne, despite “the majority of the most congested roads in Australia [being] located in Sydney”, and that most of the Melbourne projects were in the south-east of the city, not the more congested north-west.

It was also found 77 per cent of the projects were in Coalition-held seats, with another 10 per cent in seats held by Labor at the time, but won by the Coalition at that election.

Of the 47 projects, the “most successful electorates” were all Liberal held.

“The distribution of projects selected reflected the geographic and political profile of those given the opportunity by the government to identify candidates for funding consideration,” the audit claimed.

“The department did not engage with state governments and councils, which increased the risk that selected projects would not deliver the desired outcomes at the expected cost to the Australian government.”

The ANAO noted that 27 of the 44 projects were officially selected by the government on April 10, 2019 – the day before the government called an election and went into caretaker mode.

“Seventy per cent were announced during the 2019 federal election caretaker period,” the report stated.

In one particular 2018 set of events, the ANAO said the department had collated spreadsheets of projects at the request of the then-urban infrastructure minister Alan Tudge.

Despite being a fund for commuter car parks at train stations, the ANAO’s assessment found “10 proposed sites were not attached to a rail station, which raised questions as to their eligibility”.

As of this year, just two of the 47 car parks have been finished, with another three under construction, and only 12 per cent of the total funding actually spent.

Labor’s spokesman for urban infrastructure Andrew Giles claimed the program was simply “about buying votes” at the 2019 election, and said the ANAO findings “shocked” him.

His report has just been tabled.

It has shocked me.

This is sports rorts on an industrial scale.

In a statement, Mr Giles and Labor’s government accountability spokeswoman Kristina Keneally savaged the government over the findings.

“This is sports rorts on steroids.”

The Labor pair claimed that the ANAO’s note about spreadsheets meant “this rorting goes right to the top” to the Prime Minister’s office.

“The Prime Minister needs to urgently explain what went on in that meeting and release the spreadsheets shared with his office. And if Minister Tudge cannot adequately explain his part in this appallingly partisan abuse of due process, he should resign,” they said.

Current Urban Infrastructure Minister Paul Fletcher said his department had agreed to implement all the ANAO’s recommendations, including updating its assessment and record-keeping processes, and ensuring projects “represent an efficient, effective, economical and ethical use of public money”.