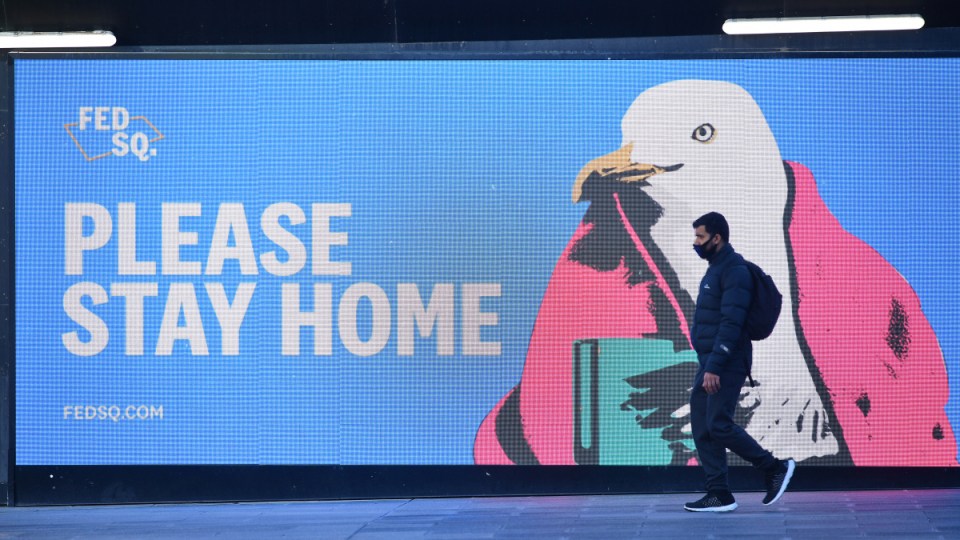 New South Wales Health Minister Brad Hazzard, fully vaccinated with two shots of AstraZeneca vaccine, was forced into isolation on Thursday after being potentially exposed to a live COVID case.

On the other side of the country, comedian Tom Gleeson, fully vaccinated with two shots of Pfizer, said he was denied entry to Perth on Wednesday after arriving from NSW, despite having visited “no hotspots”.

While vaccines are described as “the absolute ticket to normal society”, and hopes bubble for a ‘vaccine passport’ to free the immunised, those with full protection are still expected to follow the same rules as someone with no protection.

Don’t expect that to change any time soon, experts say.

“We’re in that state for six to nine months,” predicted Professor Brendan Crabb, microbiologist and director of the Burnet Institute.

“It probably needs a high proportion of people having two doses, and potentially a booster (before we see anything change).”

Australia has administered just shy of 7 million vaccine doses as of Thursday.

(Two doses for the entire adult population would be 40 million.)

State borders are slammed shut over a handful of cases, and there is no firm timeline on when Australians could expect to be allowed to travel overseas again.

But in countries like the United States, United Kingdom and throughout Europe, far higher vaccination rates have given those citizens far more freedoms to travel, gather in crowds and not worry about small outbreaks.

In New York and California, a mark of 70 per cent of people getting a first vaccine dose was the green light for essentially all COVID restrictions to be lifted last week.

Through Europe, people are taking summer holidays overseas. Hong Kong is reducing quarantine for vaccinated arrivals from 14 days to seven.

The current crop of vaccines – whether AstraZeneca, Pfizer, Moderna or otherwise – are “beyond our wildest dreams”, Professor Crabb said, in reducing hospitalisations, illness and death.

However, even vaccinated people can still contract and spread COVID.

“In the UK, 12,000 cases a day, had 27 deaths yesterday. They have a vaccination rate of 81 per cent on their first dose,” Mr Morrison said on Thursday.

“It would be a mistake to think that if you get high rates of vaccination that you won’t get cases. The UK is proving the exact opposite of that.”

What will it take for nationwide change?

NSW Premier Gladys Berejiklian, currently battling an outbreak in Sydney, has suggested 80 per cent of her state must be vaccinated before she would scrap travel rules for good.

The federal government hopes to have supply to offer every Australian at least one dose of vaccine by year’s end, and forecasted supplies mean it could be even earlier.

However, it’s still unclear when and how vaccination status will be able to exempt Australians from lockdowns, travel rules or isolation obligations.

“The short answer is, there should be no blanket exemption [from restrictions] while we’re in our national COVID zero strategy, for no community transmission,” Professor Crabb said.

“No way, while vaccine numbers are so low, can we afford to have people circulating in the community.”

Until a large enough number of Australians are fully vaccinated, he said it would not be feasible to exempt vaccinated people from restrictions and also adhere to the ‘COVID-zero’ strategy, because vaccinated people could still spread the virus.

“The question is, when does that change? When does Australia decide it’s safe to let COVID in the community?” he asked.

It’s a question many politicians are now beginning to ask.

Too early for vaccine passport talk

In August, chief medical officer Paul Kelly described vaccines as “the absolute ticket to get back to some sort of normal society and the things we all love and enjoy”.

The government has made tentative first moves around a ‘vaccine passport’, as being trialled in some countries to give vaccinated people access to concerts or exemptions from public health rules, but no firm commitment has been made.

Conservative politicians Craig Kelly and George Christensen have firmly railed against them.

Professor Crabb supported similar numbers, but said it was too early to pick a figure yet. He pointed to high-vaccination countries like Israel, the US and UK, saying data from the next few months would help Australia set a target.

Labor’s health spokesman Mark Butler said Australia would have to have those discussions “in due course”, but that it was way too early to think about exempting people from health rules.

“[The current vaccination rate] is simply not a sufficient foundation or basis to start having those discussions yet. It’s best Scott Morrison just focused on the basics,” Mr Butler said on Thursday.

Independent MP for Warringah Zali Steggall said Australia need to “have a conversation of how do we safely open up”, claiming there was a “leadership vacuum”.

“What does the future of Australia look like over the next 12 months?” she said last week, slamming the “bubble Australia” approach.

“At the moment we have a void of ambition … that is not good enough.”

Professor Crabb said it was too early to start opening up, but called for Australia to “be more ambitious” and “think of ways to trial things”.

He suggested starting with small updates, like allowing vaccinated people to self-quarantine at home when crossing borders, instead of going into hotel quarantine, or allowing more businesses to stay open if a lockdown was needed.

“We can get a lot smarter about things. No blanket exemptions yet, but this can and should happen,” he said.

“Numbers are so low at the moment, it’s a moot point. But it won’t be for long.”

When can vaccinated Australians avoid lockdowns and quarantine?