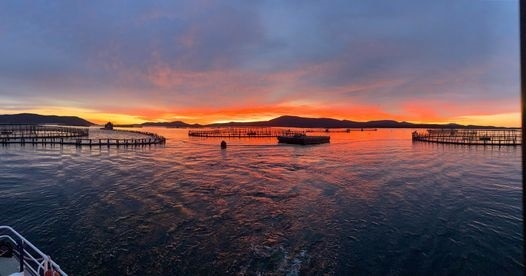 The stake, purchased through the investment vehicle Tattarang, is worth nearly $20 million and represents over 8 million individual shares in the company, which is the second largest salmon farmer in Tasmania.

Mr Forrest has expressed growing interest in Aquaculture and his company already has two operations at Garden Island and Albany in WA.

He has previously spoken about the need for long-term sustainable seafood production.

“I’ve always loved aquaculture since I was a kid,” Mr Forrest said in 2020.

“I’ve been fascinated by the oceans. I even put my life on hold to go back to school and do a PhD in marine ecology.

“There has to be a way for us to make seafood without raping and pillaging the natural ecosystems which the world relies upon.

“I think Australia can help underpin the protein need for the rest of the world and I know every Australian will be very proud doing that.”

In a statement, Tattarang’s chief investment officer, John Hartman, said Huon Aquaculture was “recognised internationally for producing and showcasing some of Australia’s best aquaculture products with the rest of the world”.

“We have a deep respect for the business that Peter and Frances Bender have created as well as their ongoing commitment to invest in new technologies and procedures that can further enhance the long-term sustainability of Australian aquaculture,” Mr Hartman said.

2020 was a difficult year for Huon, with the company posting a $95 million loss for the six months to December due to the impact of COVID-19 and two mass fish losses.

In November, 50,000 fish escaped when a pen caught fire, and a month later more than 100,000 were lost when a pen was damaged during cleaning.

Private wealth adviser Sam Baker from Shadforth Financial Group said Mr Forrest’s 7 per cent stake was large, but still a far cry from that of the company’s major shareholders.

“The company directors, Peter and Frances Bender, own about 52 per cent, Australian Super owns around 12 per cent,” he said.

“I think a 7 per cent stake in the company probably isn’t at this stage enough of a shareholding to demand a board seat at Huon, but there are some mechanisms that he can use to potentially start to look to have some influence on the company.

“He does obviously have the financial ability to increase his stake, but getting a hold of Huon Aquaculture shares, given they’re so tightly held, might be difficult.”

Plans for fish farms in WA

In 2018, Huon was granted a lease and a licence for a 2,200 hectare section of the 3000-hectare Mid West Aquaculture zone off the Geraldton coast.

The company had planned to farm yellowtail kingfish in the region, however it has since made little progress in the venture.

With two existing aquaculture investments in Western Australia, Mr Forrest is understood to have an interest in investing in kingfish farming.

Mr Baker said Huon’s current position could support an expanded presence in WA, but he was unsure of the likelihood of that happening.

“What I would say is the company, back in February, did announce quite a disappointing profit result,” he said.

“Because of that, they flagged a strategic review of the business operations.

“That did include a potential transaction around some suitors that had even been looking at perhaps taking control of the company.

“Potentially, if that were to occur and the owners were to change, that could lead to an increase in WA aquaculture exposure.”