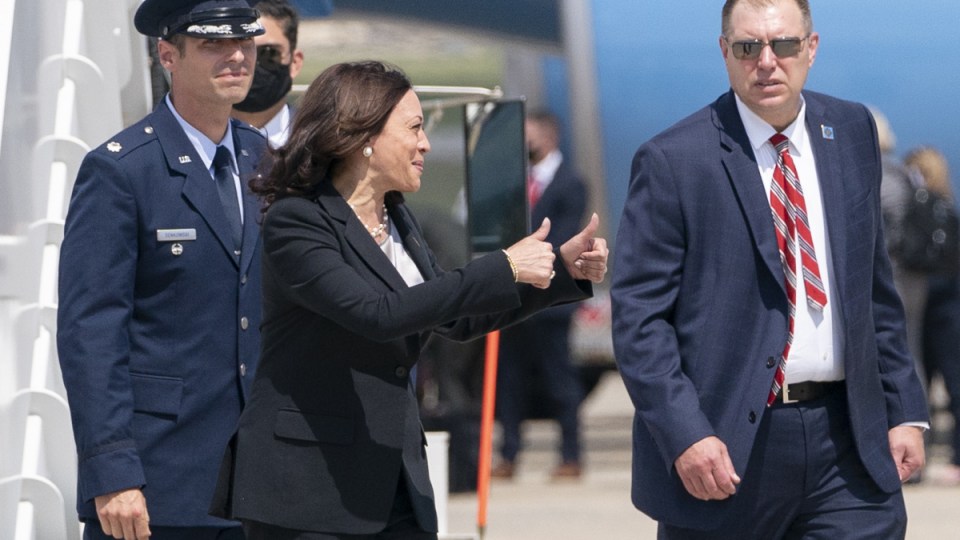 The plane was returned to the Air Force Base due to a technical issue. Photo: AAP

A plane carrying Kamala Harris for her first foreign trip as US Vice-President has been forced to turn back after experiencing a technical issue.

Ms Harris left for Guatemala and Mexico on Monday morning (Australian time) but the government plane she boarded had to return to the airport less than half an hour later.

“I’m good. I’m good,” she said after getting off the aircraft.

“We all said a little prayer, but we’re good.”

The plane initially took off from a military airfield near Washington and had to return there, spokeswoman Symone Sanders said.

“It is a technical issue. There are no major safety concerns,” Ms Sanders said.

Her official visit on Monday and Tuesday will focus on migration and economic cooperation. Her first stop is Guatemala City.

US President Joe Biden has put Ms Harris in charge of curbing migration to the US.