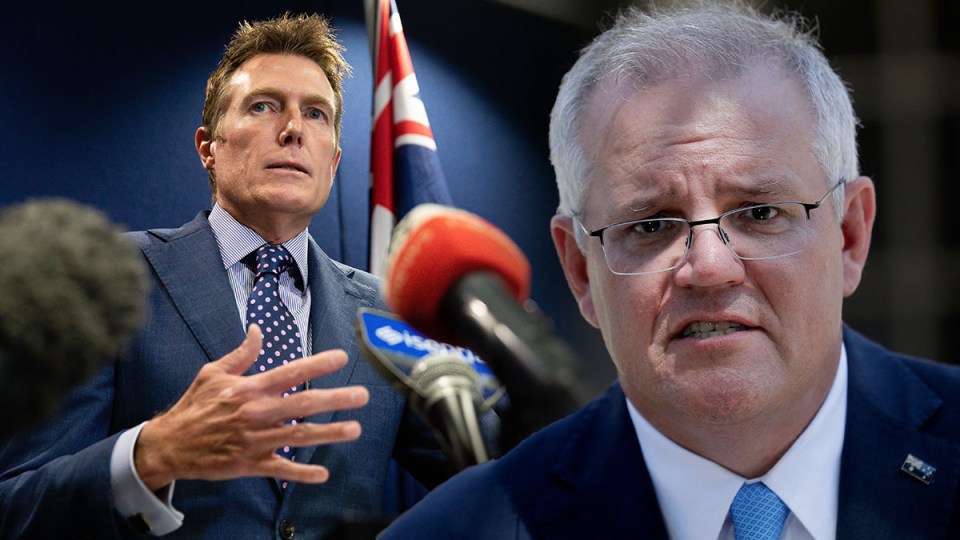 Christian Porter’s defamation suit against the ABC will not proceed, but the minister now faces revived calls for an independent inquiry into the serious allegations against him.

With the defamation case no longer in play, Prime Minister Scott Morrison “no longer has an excuse to refuse to hold an independent inquiry”, according to Labor’s shadow attorney-general Mark Dreyfus.

“Contrary to claims made by the Prime Minister, no investigation into these allegations has ever been concluded,” Mr Dreyfus said.

Michael Bradley, of Marque Lawyers – who represented Kate, the woman at the centre of the allegations, before her death – also backed calls for an inquiry.

“Nothing has changed. We’re back where we started,” Mr Bradley told The New Daily.

Mr Porter and the ABC had slightly different interpretations of Monday afternoon’s developments, following Four Corners‘ publication of a story that said a “senior cabinet minister” was the subject of a historical rape allegation.

Mr Porter vehemently denies the allegations contained in a dossier.

The former attorney-general, now the Science and Industry Minister, said the ABC was “settling the claim”.

An ABC statement said Mr Porter “decided to discontinue his defamation action”, and “the only costs that the ABC will be paying are the mediation costs”.

An editor’s note has been added to the ABC’s original story, noting it “did not intend to suggest that Mr Porter had committed the criminal offences alleged”.

The defamation case will not proceed, and New South Wales Police chose not to proceed with a criminal investigation due to “insufficient admissible evidence”.

But when Parliament resumes on Tuesday, Mr Porter and the federal Morrison government will face renewed pressure from Labor, the Greens and forces outside Canberra to convene an independent inquiry into the historical rape allegations.

“Only a truly independent inquiry, conducted at arm’s length from government according procedural fairness to Mr Porter and all witnesses appearing before it, will provide an opportunity for the serious allegations against Mr Porter to be tested,” Mr Dreyfus said.

“Australians must be satisfied Mr Porter is a fit and proper person to serve in federal cabinet.

“As Labor said from day one, Mr Porter’s defamation action was never a substitute for a proper independent examination of Mr Porter’s fitness to serve as a minister.”

The New Daily also understands Greens senator Larissa Waters will introduce a bill into the Senate in two weeks’ time, calling for a commission of inquiry into the allegations.

The bill is still being drafted, but would appoint a former judge to hold hearings, summon witnesses, examine evidence and – crucially – make a judgment based on the balance of probabilities as to whether the allegations have merit.

The Opposition is expected to pursue calls for an inquiry through Parliament’s question time and Senate estimates hearings this week.

The New Daily approached the PM’s office for comment.

Mr Morrison previously ruled out such an inquiry, saying there was “not another process” for him to entertain.

“I think anyone who’s seen the evidence in this matter knows that a civil inquiry is not going to produce anything that looks like that result.”

Mr Porter said he intended to run at the next election and was “committed to my seat for the people I represent”.

Marque also represented Jo Dyer, a friend of Kate, in a separate legal proceeding to remove Mr Porter’s barrister, Sue Chrysanthou, from the case; Ms Dyer alleged there was a conflict of interest, as she had a private conversation with Ms Chrysanthou in November.

“Obviously the defamation case has achieved nothing. The only thing that has changed is his portfolio,” Mr Bradley said on Monday.

With the end of Porter's defamation claim, it remains that there has been no proper inquiry into the allegation of rape against him and his fitness to serve as a cabinet minister. It also remains that there should be such an inquiry, as we've said all along.

In March, Mr Bradley was among those calling for an independent inquiry into the allegations against Mr Porter, before the defamation case was launched.

He suggested an inquiry could be helmed by a retired High Court judge, and a process “completely external to Parliament”, could examine the allegations and evidence, to decide whether Mr Porter was “fit” to remain in Parliament.

“The question of fitness for office is a contextual one. It was a much more grave issue when he was the attorney-general, because of the public trust vested in that role,” Mr Bradley said on Monday.

“But given the gravity of the allegations, I’d have thought anyone serving in a ministry would want a process for them to be properly dealt with.”

Mr Bradley said the allegations would “stay unresolved” without a parliamentary probe.

“The allegation has never been the subject of any legal process, and the only one is a form of independent inquiry,” he said.

‘Nothing has changed’: Calls resume for independent inquiry into Porter allegations