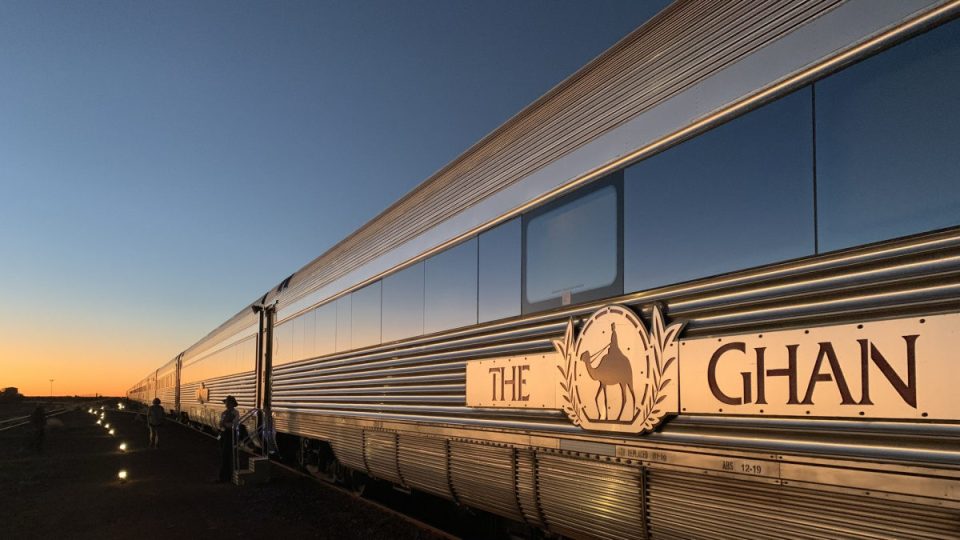 Victorian passengers travelling on the Ghan have been off-loaded in outback South Australia. Photo: Getty

Victorian passengers travelling on the Ghan have been off-loaded in outback South Australia because of COVID-19 concerns, as SA Health authorities reveal the person who likely spread coronavirus to a Melbourne man had shared a room with another positive case.

It has been revealed that the person suspected of giving COVID-19 to the man at the centre of Victoria’s outbreak was sharing a room with an infected person who was moved to a dedicated facility, Tom’s Court Hotel, for coronavirus patients.

SA Health authorities said the person was a “friend” and was not deemed high-risk enough to also be transferred to the dedicated facility.

The person, who later tested positive to the virus, was instead moved to room in the Playford medi-hotel which was adjacent to the Wollert man.

A report released on Wednesday found the virus was likely transmitted between that person and the Victorian man when they opened their doors to collect food.

South Australian authorities have now changed their policy to move close contacts of positive cases to a separate part of the medi-hotel, but not the dedicated facility.

Victorian rail passengers on three trains – two Ghan services and an Indian Pacific – have been removed and directed to quarantine.

Passengers on a southbound Ghan service disembarked in Alice Springs, while a northbound service was stopped in Marla where Victorian passengers were taken off the train before being bussed back to Adelaide.

SA’s Chief Public Health Officer Professor Nicola Spurrier said that some passengers had been at a number of exposure sites in Greater Melbourne.

Professor Spurrier said she had been in talks with the Northern Territory government and believed the passengers on a southbound Ghan service would quarantine in Alice Springs.

“There are a number of people on the Ghan who have been at high-risk exposure sites, my understanding is they would require quarantine in Alice Springs and then my team has been working through the rest of the passengers,” Professor Spurrier said.

“I can’t tell you the exact plans, but I know people within SA Health have that under control.”

In a statement, Ghan and Indian Pacific operator Journey Beyond said its staff were working with state government authorities and impacted guests.

It said 32 passengers from Greater Melbourne and Bendigo boarded the Northern Territory-bound train on Wednesday and were returning from Marla to Adelaide, “where they will be accommodated overnight”.

Guests on the southbound train who disembarked in Alice Springs, along with those on the Indian Pacific disembarking in Adelaide, were also placed into accommodation overnight.

“Our priority is to ensure the safety and welfare of our guests and crew while complying with state government mandates,” the statement read.

“We appreciate our guests’ experience have been significantly impacted through no fault of their own, or ours, and we are working to help manage their individual circumstances as best as possible.”

The Ghan is a luxury train journey that runs between Darwin and Adelaide and back, through Katherine and Alice Springs.

During the high season between May and August in 2020, rates were advertised between $3789 and $11,169 per person for different levels of service on a one-way trip from Darwin to Adelaide.

Around 7500 tests were undertaken by SA Pathology on Wednesday, following a push from authorities to get tested.

No new cases have been recorded in South Australia in the past 24 hours, despite the surge in testing.

Professor Spurrier said 124 people had been asked to go into quarantine after being linked to exposure sites.

She said 104 of those people had already returned negative results.

“There’s obviously a few people who haven’t completed that survey – if you’ve had an SMS from us and you’ve not responded to that survey, can you please get onto that as soon as possible.

“It’s the only way we can keep people safe now in South Australia, prior to shutting the border.”

On Thursday evening, SA Police advised there would be no change to South Australia’s border rules.

It means those who travel between SA and Victoria for school, work or shopping can continue to do so, as long as they have not been in Greater Melbourne, Bendigo or the Whittlesea area.

However, while they are in Victoria, they will have to abide by the state’s lockdown rules.

Meanwhile, Premier Steven Marshall announced that because authorities do not want to “interrupt” the state’s vaccination program, the Showground hub will be open throughout the Royal Adelaide Show in September.

He said authorities were keen on those over the age of 50 in metropolitan Adelaide getting their vaccinations as soon as possible, and urged everyone over 16 in country SA to book in.

Melbourne passengers removed from the Ghan over COVID concerns