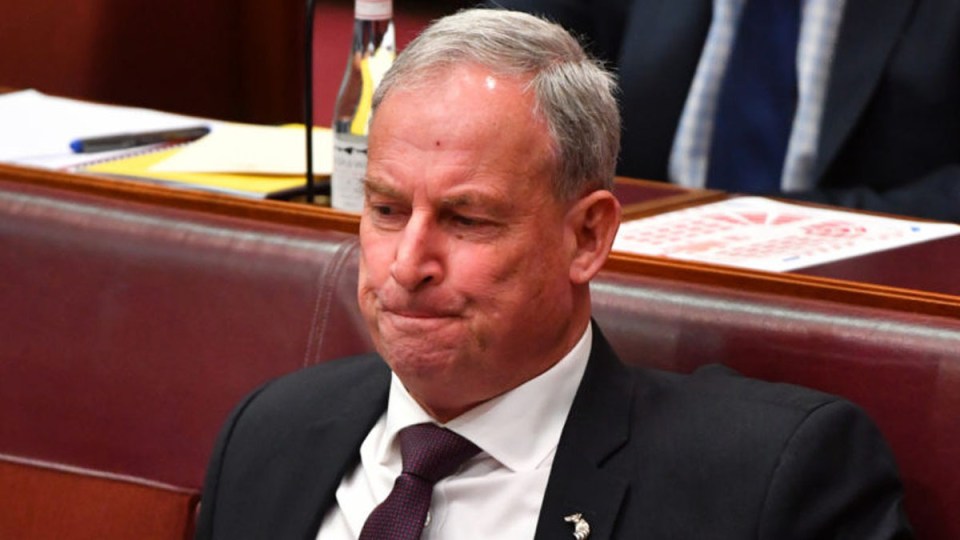 Aged Care Services Minister Richard Colbeck says he is “very comfortable” with the rollout of COVID shots into residential facilities, despite figures showing 29 homes in Victoria are yet to receive a single vaccination visit.

“Some of them have chosen not to take the jab, which is I find a little disappointing, but it’s been their choice,” Senator Colbeck said on Thursday, of residents in aged care.

At a press conference, he said he was “very comfortable” with the pace of the rollout.

It came as Labor voiced outrage at the slow pace of the rollout, stressing that the latest Victorian outbreak proved vaccination “is a race”.

As part of a pledge to give Victoria an extra 130,000 COVID vaccines in coming weeks, senior sources said the federal government was planning a “surge” response to get Victorian aged-care residents vaccinated. It’s a bid to avoid a repeat of the virus tearing through homes and killing hundreds of elderly residents during Melbourne’s second wave in 2020.

The Victorian government is tipped to announce a snap lockdown on Thursday, as the latest outbreak grew to 26 cases.

Health Minister Greg Hunt said on Wednesday that 85 per cent of aged-care residents nationwide had been vaccinated. All 16 residential aged-care homes in the Whittlesea area – at the heart of Victoria’s outbreak – have been “fully vaccinated”.

But Mr Hunt also revealed that of Victoria’s 598 residential aged-care facilities, 29 were yet to be visited by travelling doctors to receive even first doses. Those centres will be “prioritised”, Mr Hunt and Senator Colbeck said.

The federal government has been under pressure in recent weeks to accelerate vaccinations in aged and disability care, with many thousands of vulnerable people – in the highest-priority phase 1a group – still waiting for first doses. Mr Hunt said in February – more than 13 weeks ago – that phase 1a was expected to be completed within six weeks.

“There should have been resources in place to do this group as a priority. They were supposed to be done by Easter,” he told ABC radio.

“They need to boost the number of teams that are going into these aged care facilities, and then actually put some teams into disability care facilities.”

“In about 12 or 13 weeks we’ve done nearly all of those. We should be finished this week or next week all of those across the country. It’s a significant effort by our providers that are doing that,” he said.

The Aged Care Services Minister listed “the odd challenge”, such as having to rejig the vaccine program due to annual flu shots, and changes required after updated advice on AstraZeneca. He denied that the federal government had been “too relaxed” about accelerating shots in aged care.

“They have done a great job I think. We should have them finalised in the week or so,” he said.

“Minister Hunt and I, and in fact the Prime Minister, have been very closely keeping an eye on this all the way through because it’s really important, we want people to go and get vaccinated.”

Senator Colbeck was blasted during Melbourne’s second wave for blanking on the number of deaths in aged-care homes. He apologised, but was censured by the Senate, and later demoted from to the less senior aged care services portfolio, with Mr Hunt becoming primary minister for aged care.

Mr Hunt said on Wednesday that 569 aged-care facilities in Victoria had been visited with a “first dose clinic”. Of those, 361 had also had second doses.

The “surge” response offered by Canberra will be focused on homes in greater Melbourne. Residents who may not have received jabs earlier will be offered another chance, a senior government source said.

The federal government’s promise of an extra 130,000 COVID vaccines for Victoria in coming weeks includes an “immediate release” of 40,000 doses this week, then an extra 15,000 weekly for the next six weeks.

It will include both the AstraZeneca and Pfizer vaccines.

It comes as the Labor Party dialled up pressure on the Morrison government over the slow vaccine rollout and failures to invest more in state quarantine, warning there is now a “race” to vaccinate Australians ahead of approaching winter.

“What’s playing out in Victoria puts all of that into sharp relief. We need a consistent message from the government, which has to be about getting vaccinated as soon as possible, knowing there is absolutely a time imperative,” deputy Labor leader Richard Marles said.

Labor leader Anthony Albanese called on the federal government to step up.

At least three people in the latest Melbourne outbreak were over 50 and not yet vaccinated. It has prompted widespread calls for Victorians to roll up their sleeves for a COVID shot.

Some Victorian vaccination clinics were seen near-empty on Tuesday, but by Wednesday there were long queues. Acting Premier James Merlino said Victoria clocked a record number of jabs on Tuesday, with nearly 16,000 – and urged more people to get vaccinated.

State Health Minister Martin Foley said he was “keen to explore” whether Victoria could further widen eligibility criteria, to allow more people to get a shot.

“Please get tested, get vaccinated,” he said on Wednesday.

“Millions are eligible right now. Do not wait until tomorrow or next week. If you are eligible call the hotline and get vaccinated.”