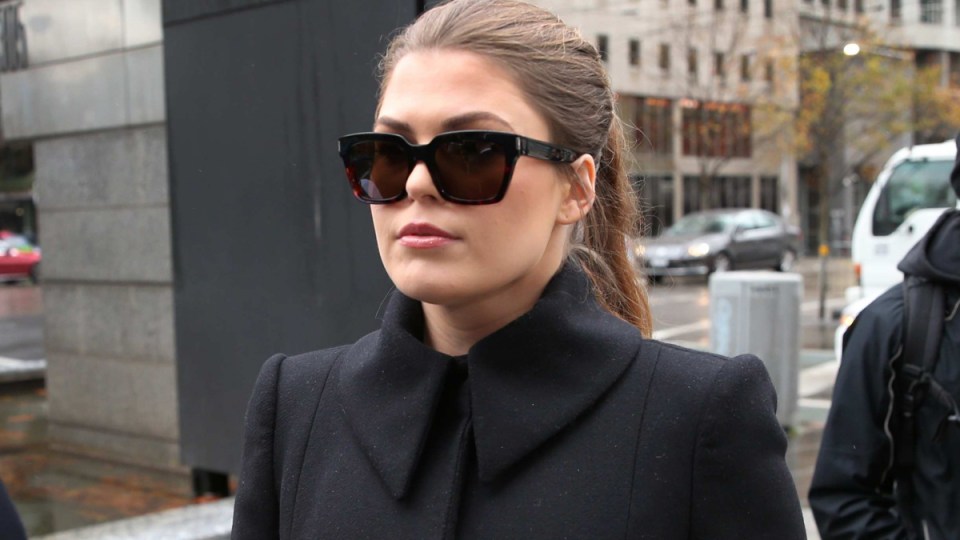 Gibson has previously claimed she was unable to pay the fines and has considered bankruptcy. Photo: AAP

The home of cancer fraudster Belle Gibson has been raided for a second time, as authorities continue their efforts to recoup more than $500,000 in outstanding fines, penalties, and interest.

The residence was raided last year, but the consumer watchdog would not confirm if the previous raid had resulted in any recovery of the outstanding fines.

Gibson made hundreds of thousands of dollars building a social media empire, including a cookbook and app, after claiming she cured her brain cancer using alternative therapies and nutrition.

It was later revealed the wellness blogger never had cancer.

In 2017 the Federal Court found Gibson guilty of misleading and deceptive conduct, fining her $410,000.

The court found she made false claims about donating a large portion of her profits to charities and to the family of a boy who had an inoperable brain tumour.

The amount owed has now ballooned to more than $500,000, Consumers Affairs Victoria confirmed.

Gibson has previously claimed she was unable to pay the fines and has considered bankruptcy.

Disease concern for survivors of Afghanistan earthquake
Steve Smith confirmed as starter for first Test against Sri Lanka
Deadly Norway shooting treated as Islamist terrorism: Police
Matildas will be keen to forget 7-0 drubbing by Spain
Upcoming stats will reveal where and how hard rates are hitting economy
Victorian MPs pocket a tidy 2.75 per cent pay raise
BBC was ‘deceitful’ and faked documents to get Diana interview, inquiry finds
Today's Stories