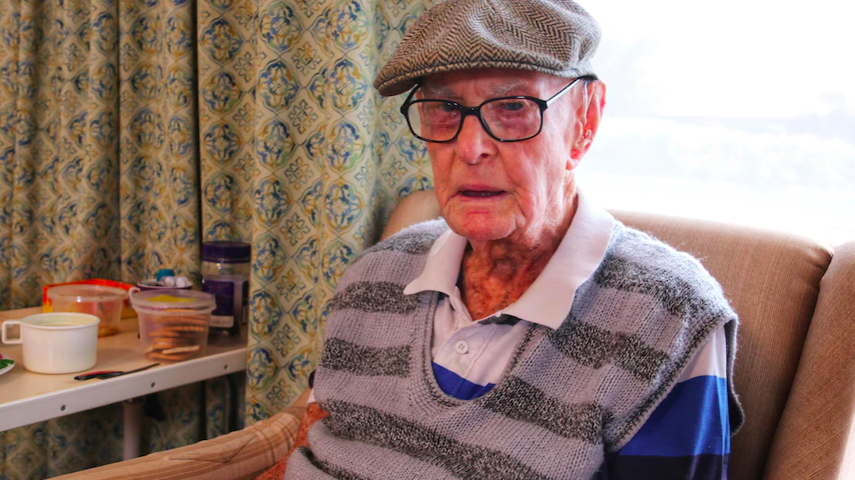 Born in 1910, Dexter Kruger has spent more than a century on the planet. Photo: ABC

A former grazier from the outback Queensland town of Roma has become Australia’s oldest man on record.

The former veterinary surgeon is also a poet and an author who has spent his life on the land, refusing to retire from his 5300-hectare cattle property in the Maranoa region until his mid-90s.

Much of his longevity he puts down down to the simple lifestyle he enjoyed in the bush.

“It’s because I do things differently,” Mr Kruger said from an armchair at his aged-care home.

“I lived very close to nature and I ate mostly what I grew in the garden or the orchard or the farm.”

Born on January 13, 1910, before telephones or refrigeration, Mr Kruger has lived through world wars, droughts, depressions and pandemics.

Every day the supercentenarian completes a strict morning exercise routine, soaks up vitamin D outdoors, and works on his latest book – an autobiography of the century he has spent on the planet.

He also manages to keep across current affairs, referencing the state of the nation’s vaccine rollout and the growing scourge of domestic violence.

“People are not happy. They have too much debt … We have far too much money to spend on rubbish.

“Until we got all this computerised technology, life was much more relaxed.

“There are marvellous things you can do with a little chip, but we were once very much more relaxed.”

A small party will be thrown to mark the milestone event, with the Australian Book of Records and various politicians expected to attend the celebration.

‘Plenty of salt, sugar and fat’

Mr Kruger’s 74-year-old son Greg said his father’s simple lifestyle and balanced diet, complete with “plenty of salt, sugar and fat”, had a lot to do with his age.

“He lived through a period that was a lot less stressful than what society is faced with today,” Greg Kruger said.

“He didn’t go around chasing the bright lights. He was happy being around horses and cattle.

While never a big smoker or drinker, Mr Kruger recalled a weekly delicacy he credited to his longevity.

“You know, chickens have a head and in that is some brains, and they are delicious little things. There’s only one bite.”

‘Sharp as a tack’

Manager at Pinaroo Roma aged-care facility Melanie Calvert said Mr Kruger was in better health than many residents aged in their 80s and 90s.

“He’s probably one of the sharpest residents here,” she said.

“His memory is amazing and his cognitive functioning is unbelievable.”

Ms Calvert attributed his age to a combination of factors, including genetics, a balanced diet and regular exercise.

But she said what sets him apart is his strength of character.

“He’s strong in the face of adversity – he has that positive mental attitude that keeps him going,” she said.

“He sets goals to write books, to achieve milestones, and I think that keeps him going.

“To be able to have that personality – that doesn’t get down on things, that picks themselves up and gets on with it – I think that’s a big part of living longer.”